THIS IS YORK • October 8, 2017 • https://thisisyork.org/15337/news/spanish-book-drive-collects-books-for-acatlan-hidalgo-mexico/ 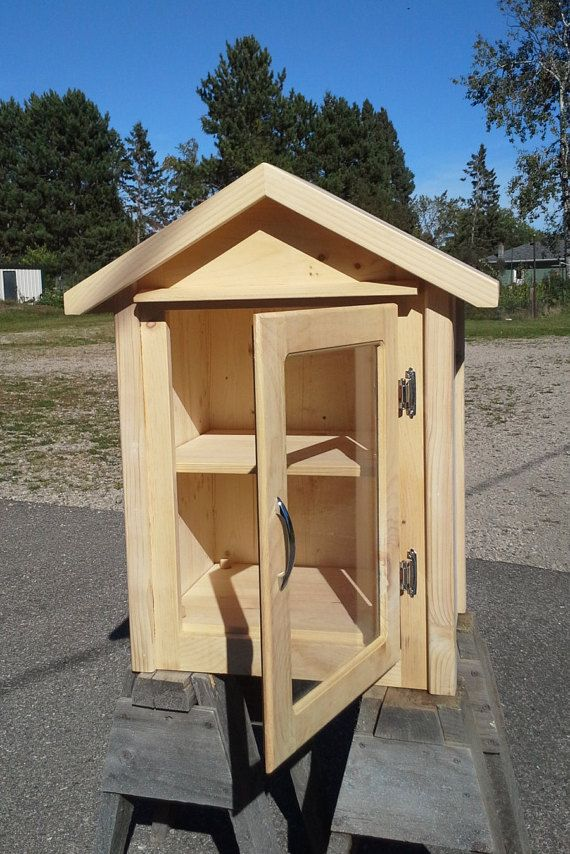 Library in the process of being built. Within each little library, there will be multiple children's book to borrow from and return, allowing a system that gives the children a new book everyday.

Mrs. Vasquez started by asking language teachers to donate spanish-based children’s book so that she can send it back home to Acatlan, Hidalgo, for the children in the community to enjoy. Spanish Club immediately became involved after it was introduced to them by sponsor, Mrs. Martinez.

“I think it’s a great project,” said Mrs. Martinez, sponsor of Spanish Club. “I mean, coming from Mexico, it takes me back to my childhood. I didn’t have many books and I would’ve loved to have a little library like this. The thought of having my own book at home for fun [that’s] not tied to school is so great.”

The idea of installing La Biblioteca Chiquita posts around the Acatlan, Hidalgo community came when Mrs. Vasquez discovered her nephew had a low reading score when compared to the standard reading level for his grade due to the lack of reading materials at home.

“When [my husband and I] went to Mexico last year, I learned that my niece and nephew only had one book in the household. I was horrified,” said Mrs. Vasquez, founder of the La Biblioteca Chiquita. “We had to drive to the nearest big city to find a bookstore [and] there was only one. The five books I bought cost more than anything else we did or bought on our entire trip.”

She started sending children’s books to both her niece and nephews in hopes it would improve the situation. As the number of books increased, they became much more avid readers and began to catch up to the reading level of his grade.

It then became apparent to Vasquez that many other children in the community face a similar dilemma of not having books.

In many towns in Mexico, those of which include Acatlan, Hidalgo, there aren’t always enough or if any books at all. Because the books generally cost the same amount in the US and in Mexico, it would mean that in order for a child in Mexico to own a book, it would cost several day’s wages. As a result, many families have few or no books at all at home because the books are much too expensive to afford.

As reading is an essential skills that helps develop language, stimulate imaginations, and expand one’s understanding of the world, children are often impacted by the lack of books. It often lead to the habit of not reading — which would result in lower reading levels later on as adults.

Her nephew’s story inspired Vasquez to install little birdhouse-like stations filled with multiple children books around the community where children could constantly pick up a different book to read everyday.

“With each book, [it] will come with a bookmark that we put in [and it will] explain how you use a little free library: take a book, leave a book,” said Mrs. Vasquez.

In total, Spanish Club have set up four boxes around the school for the drive: one in the learning commons by the CCRC, one in athletic entrance, one in academic entrance, as well as one outside of room 211.

Through the Spanish Book Drive, both the Spanish Club and Mrs. Vasquez hope to collect as many books as they can to supply each post in the community with enough books for all the children in the town to read and hopefully expand into other neighboring communities. Vice President of Spanish Club Anthony Aguilar believes that there are many benefits to the libraries.

“By providing them with these books we are allowing them to pave a path to a better education and down the road a better job,” said Aguilar. “It is all about giving the children equal opportunity to learn.”