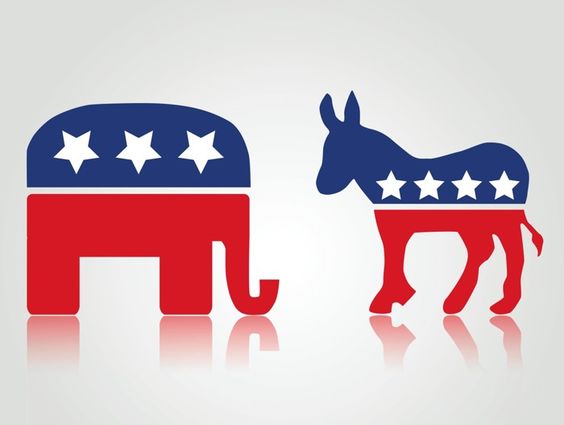 This year, the House of Representatives, one-third of the Senate, and thirty-nine governors, including ours, are up for election with the first primary election taking place on Mar. 6, 2018. This election will determine if the Republicans will remain in control and be able to act on previous campaign promises.

Since the 2016 election cycle, the Republicans have gained control of the presidency, both chambers of Congress, and the majority of governorships, something that hasn’t happened since 1928. Despite their control though, they have failed to enact major parts of their platform. Obamacare remains mostly intact and immigration reform has not yet been heard from. However, they also have begun to deliver on some campaign promises: For example, in December the Republicans passed the largest tax overhaul since the 1980s, giving Trump the first major legislative victory of his presidency. In addition to the tax bill, there are other smaller pieces of success the Republicans saw last year.

“I feel that Republicans have passed new laws, suspend immigration for terror-prone countries, construction on the wall has begun, Neil Gorsuch has been confirmed, and he [Trump] has repealed many federal regulations,” said Freshmen Ian Pasek, a self-described Republican and Trump supporter. “Trump himself has also put aside $550 billion for infrastructure, and has recognized Jerusalem as the capital of Israel, one of his biggest promises.”

Regardless of their work, the GOP’s ability to work on its promised agenda hangs in the balance with the 2018 midterm elections quickly approaching. After very troublesome results in the Virginia Gubernatorial Election and the upset win of Democrat Doug Jones in Alabama, the GOP’s majority is shrinking, and may not survive the midterm elections.

“It doesn’t worry me too much. Trump still has a legion of supporters, and with regards to Alabama, it was inevitable that the Alabamians would not elect a pedophile,” Pasek said. “Virginia is a risk, but I do believe the Republicans will pull through the elections with majorities in both chambers of Congress.”

However, polls suggest Republican leaders should be worried, since it’s projected that Democratic voters will come out in droves for the midterm elections, and effectively do what the Republicans did in 2010, flip the House. There are some circumstantial matters that may have led to such a large swing for the Republicans in 2010, but the polls still stand.

“I believe Congress will go to the Democrats in 2018 because Trump is a historically unpopular president who ran as a Republican,” Senior Chase Olson said. “Our president now represents the epitome of the Republicans, which people do not like, therefore I feel they would lean more Democratic now because they haven’t had an issue like people do with Trump.”

In addition to the congressional midterm elections, Illinois is having a gubernatorial election (election of the governor) in November. Current Governor Bruce Rauner (R) will be running for reelection to a second term after winning the 2014 election against Democrat Governor Pat Quinn. In a reliably Democratic state, Rauner will face a significant challenge, but he also does not face any scandalous past events that have brought down several former governors.