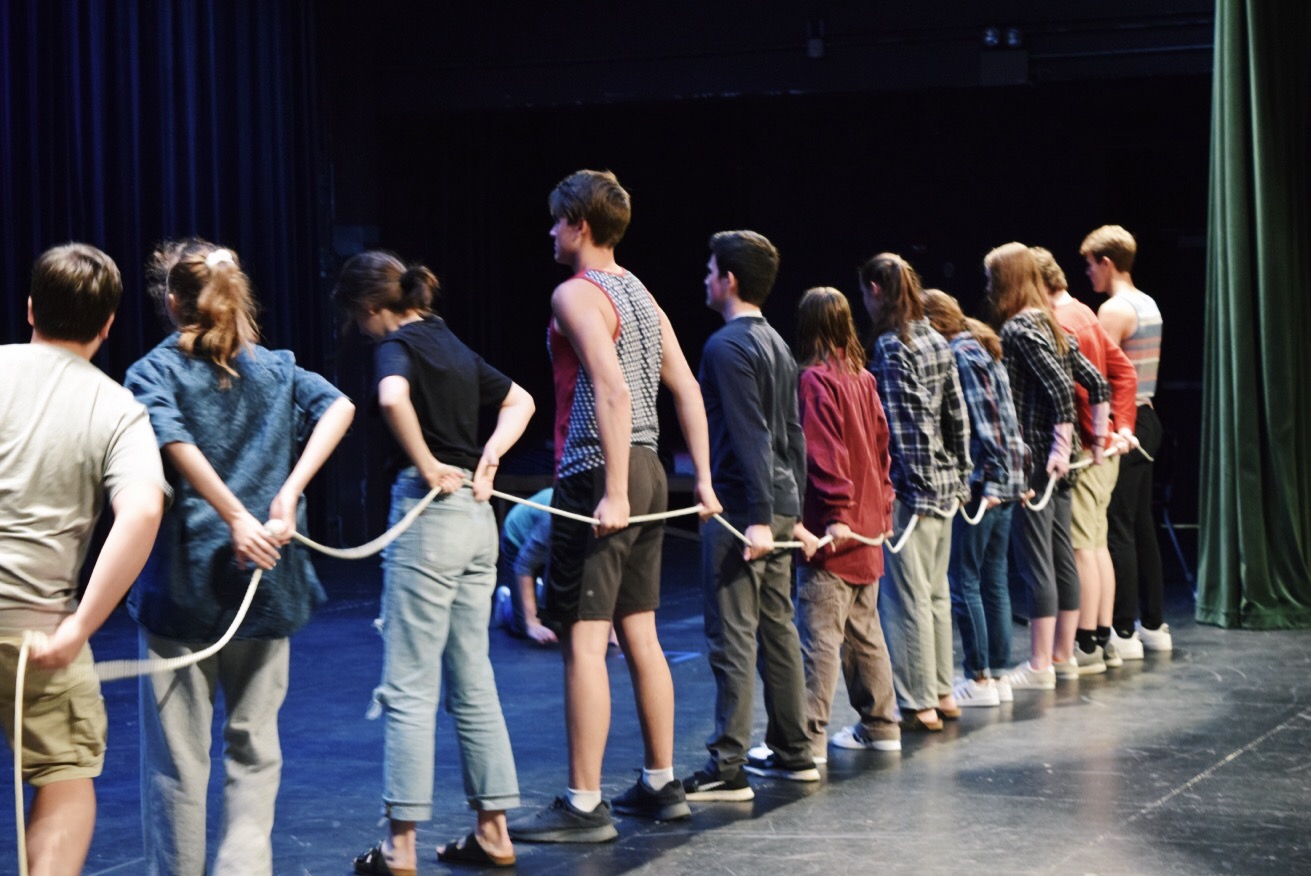 The cast of 'Peter and the Starcatcher' begins rehearsing with props

York Drama is back in full swing, announcing their upcoming season with a theme centered around the Martin Luther King quote “only in the darkness can you see the stars.” After last year’s award-winning productions, both students and staff are excited about this year’s shows. The season will begin with Peter and the Starcatcher in the fall, continuing with Shakespeare’s Much Ado about Nothing in the winter, and wrapping up the season with the spring musical Bright Star.

“It’s all about reaching for the stars this year,” director John Forsythe said. “It’s possibilities, what is out there, the things that you don’t see as even being possible.”

Musical director Rebecca Marianetti adds that it’s also “the lens that you view things through” that ties these three different shows together.

Rehearsals are already underway for the season’s first show, Peter and the Starcatcher. This outrageous comedy was nominated for nine Tony Awards, and precedes the classic Peter Pan, telling the story of how Neverland and all its inhabitants came to be.

The actors interact with the set to form passageways and doors.

The small cast has only 14 actors on stage per night playing over 100 characters, with every actor playing multiple roles. The cast, while small, offers great opportunities for actors in all grade levels. Freshman Owen Espinosa, who plays Smee, is ecstatic that Peter and the Starcatcher will be his first show at York.

“It’s a really interesting way of doing theatre,” Espinosa said. “I really like it because everyone gets to shine and work together; it’s super collaborative and movement based.”

For their winter production, the comedy will continue with Shakespeare’s Much Ado About Nothing. York Drama is no stranger to Shakespeare, and Mr. Forsythe is excited to tackle yet another one of The Bard’s most celebrated works.

“It is one of Shakespeare’s most modern plots; it’s really the world’s first rom-com,” Forsythe said. “Every movie we see where the two characters just can’t get along but end up falling for each other, that’s exactly what this show is.”

“I think interpreting the language of Shakespeare is such an interesting thing to do on stage,” Stone said, “and this show is one of his most famous works, which is really interesting and exciting.” 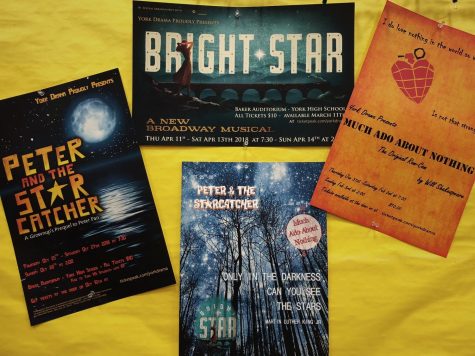 The season’s posters hang in the choir room.

Finally, the season concludes with the much-anticipated spring musical, Bright Star. This country musical by Steve Martin and Edie Brickell is fresh off of Broadway, earning five Tony nominations during its successful run in 2016. York will once again be one of the first high schools to receive the rights, as they were with previous productions Dogfight and Tuck Everlasting. Director Rebecca Marianetti is thrilled that York has been given the opportunity to perform this show.

“It’s got a ton of heart, and what I love about it, other than the stunning score, is that it’s very unusual to have a show where you can laugh all the way through and still somehow end up crying at the end,” Marianetti said. “It’s equally as funny as it is poignantly sad and beautiful, and it’s just the perfect show.”

Many students love the spring musical because it provides an opportunity for a larger cast and more kids are able to participate.

“The musicals are always a great time to spend with friends and you get to meet a lot of the new freshmen,” junior Emma McGreal said. “It’s amazing to spend time with so many great people.”

The season can only be a success if the audiences are as enthusiastic as the cast and crew. Both Mrs. Marianetti and Mr. Forsythe encourage the student body to come and see York’s outstanding productions and experience the magic for themselves.

“This is some of the most exciting theatre that you can see, not just in a high school, but anywhere,” Forsythe said. “I’ve had so many students that I finally got to come see a play their senior year who come back to class and say ‘Why have I never seen anything before?’ I want to urge you not to let that opportunity pass by, come and see it all. Not every high school student has an opportunity like York students have.”

Check out the slideshow below for a look at rehearsal for Peter and the Starcatcher. 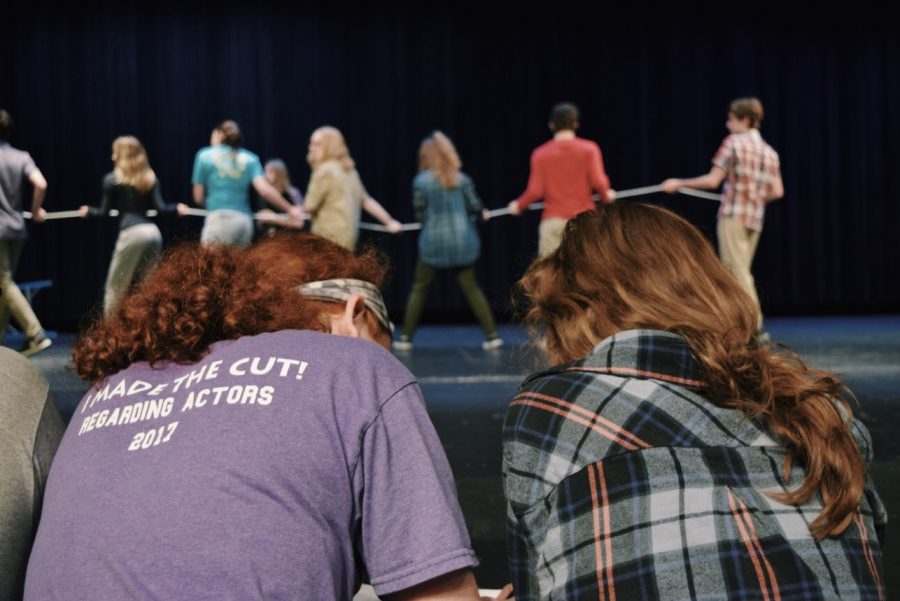