The Dukes and the Hilltoppers faced off on York's home field. (Photo by Gracie Weinstein )

The Dukes and the Hilltoppers faced off on York's home field.

York returns to their home field to take on Glenbard West

It’s Friday night and the energy is palpable in both the stands and on the field as York takes on Glenbard West for their fourth game of the season. York students packed the bleachers, wearing leis and Hawaiian shirts and banging their noisemakers together as the Dukes took to their home field for the second time this season.

Both York and Glenbard West went into Friday’s game with 2-1 records so far this season. However, it was a rough first quarter for the Dukes, Glenbard West scoring three touchdowns and bringing the score to 24-0 at the end of the first half.

“I played football [all] four years; it’s a great program, no matter what, and I love football,” said alumni John Sopko, who returned to the York field to support the Dukes. “Right now we got a few players hurt, a few big key players, but I think that they need to step up their game. The seniors need to lead the underclassmen.”

These key players Sopko mentions are seniors Ben Melion, Mikey Pedote, Jo Jovorak, and Charlie Julian, all injured in the first half.

“We’re gonna keep going strong,” said team manager Wendy Ofosu (junior) at halftime. “We’re down points. But York has spirit, so I feel it. We’re gonna get back up there.”

They came back in the second half with touchdowns by senior Kevon Robinson, junior Owen Pechous, and senior Joe Orrico, resulting in a final score of 24-45.

After Friday’s game the team’s record is 2-2 . This game was particularly exciting for the team, enthusiastic to be back on their home field after wins at Addison Trail and Lyons Township.

The energy at the York games is like no other, and that was made clear last night. Dukes in the stands were proud of their team and look forward to another exciting game at Hinsdale Central before the team returns to the York field for their homecoming game against Willowbrook in two weeks.

“It’s not winning and losing, its [sic] winning and learning,” Head Coach Mike Fitzgerald said on his Twitter after the game. “Adversity only exists to make us stronger. Keep the belief, get some rest, and be ready to get back to work this week Dukes!”

Check out the slideshow below for more pictures from the game! 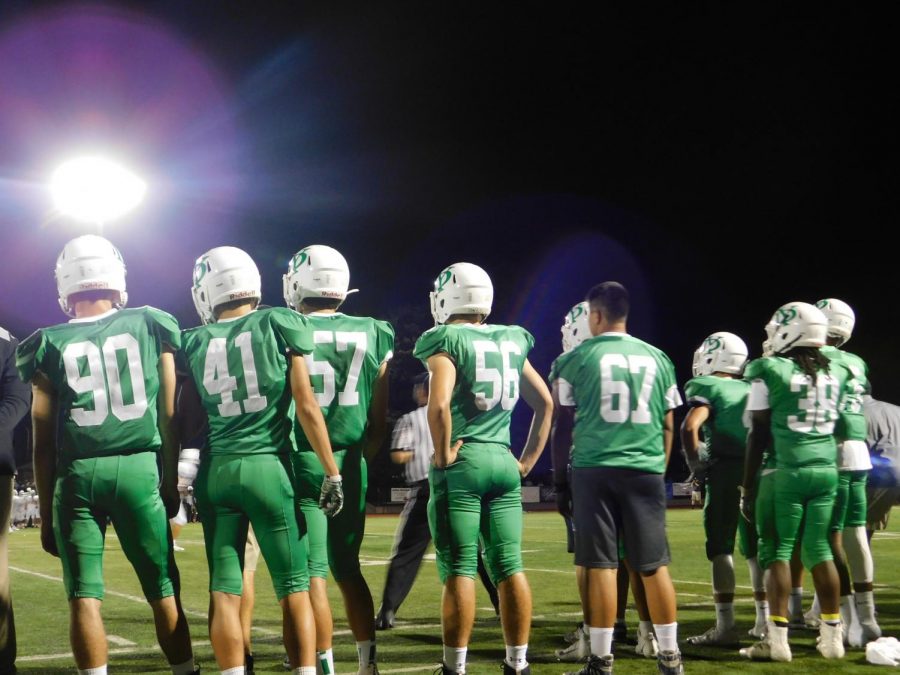