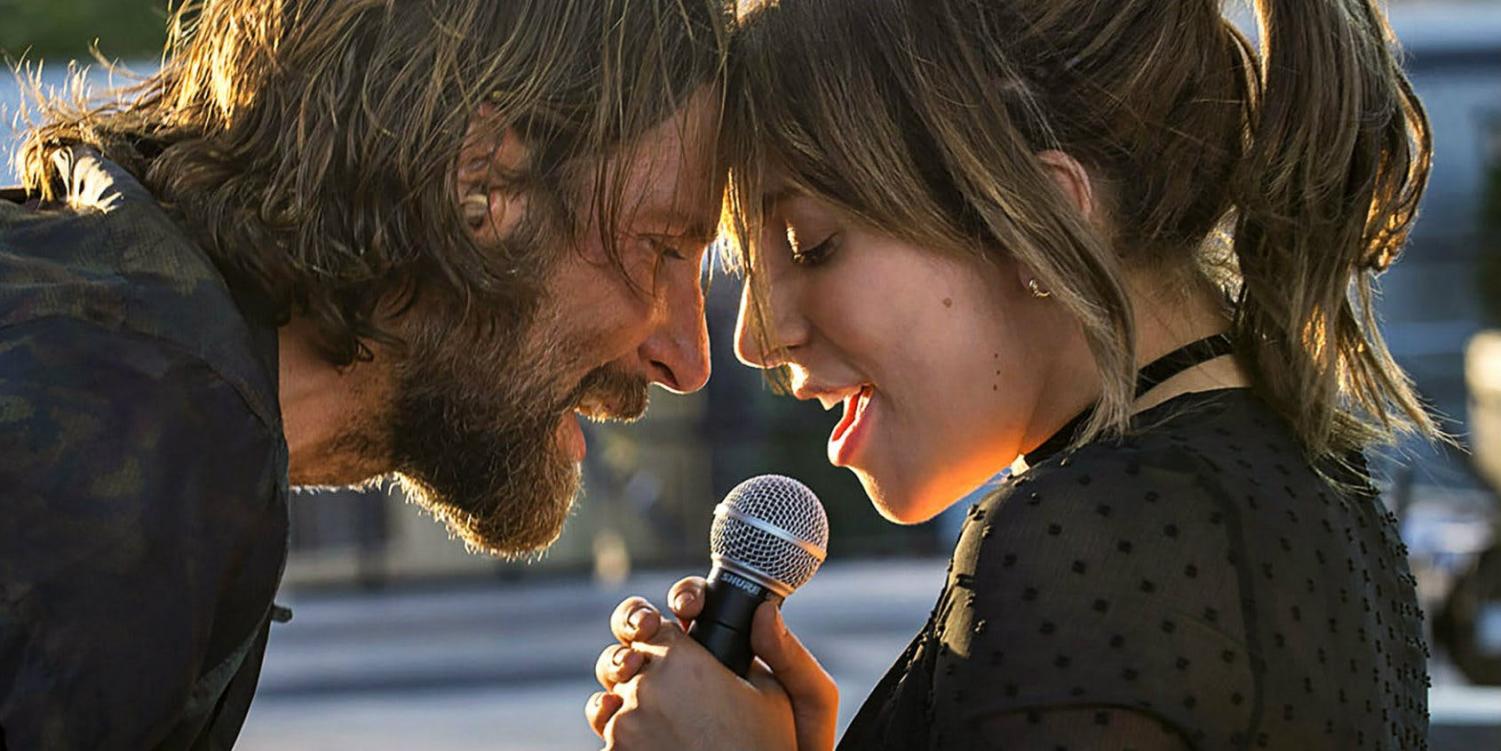 Cooper and Gaga in this fall's most buzzed about film, "A Star is Born". Photo courtesy of Warner Brothers Entertainment

Cooper and Gaga in this fall's most buzzed about film, "A Star is Born". Photo courtesy of Warner Brothers Entertainment

When the trailer for the re-imagining of “A Star is Born” came out this past June, the buzz started immediately. There was so much going on in the splashy two minute cut of what would turn into a two and a half hour movie: Lady Gaga in all of her glory. Bradley Cooper starring, writing, directing, and singing with his sultry country voice. Film critics were wary – it seemed overly melodramatic, and they posed the question: do we really need a Bradley Cooper directed story about a man helping a women get noticed? After seeing this movie, I don’t think it’s any of those things. And while I’m not saying that “A Star is Born” will heal you of any fatigue or distress caused by the state of the world, I can tell you that it’s a really, truly, damn good movie, which could possibly be exactly what we need right now.

“A Star is Born” has been a deeply personal project for Bradley Cooper from the start, originally asked to act in the piece when Clint Eastwood was set to direct it back in 2011. Long story short, he turned down the role, went and lived a little bit, and then decided that he was in the right place to take on the role. However, by then, the project had fallen through. This didn’t stop Cooper, deciding to take it on himself instead. While the film launches Lady Gaga’s star miles into the stratosphere, Cooper deserves just as much applause (Gaga circa 2013, anyone?) for his stunning directorial debut and deeply moving performance.

The movie centers around the relationship between Cooper’s character, Jackson Maine, a soulful country singer who struggles with substance abuse and the trappings of fame, and Ally, played by Gaga, a no nonsense singer who’s given up on her dreams because she was told she doesn’t fit the Hollywood mold. These artists meet each other one fateful night and the rest is history.

From the beginning, Ally is captivating. The camera wants us to be entranced by her, catching her eyes as they flutter between notes with drawn out close ups. But not only is she alluring, she’s raw and real. As she struts her way through the basement of her work to take out the garbage, or pushes past her father and his colleagues in her home, her hard exterior takes center stage. This all changes, however, when she meets Jackson Maine (or Jack, as she calls him).

Jack sees Ally as the camera sees her, glowing in both the red light of the drag club and the mechanical brightness of the supermarket. He’s guarded, pensive, and almost childish, being guided onstage and offstage by his brother/manager, his driver, and his neighbors. But we like him. Instead of being annoyed by this grown man who needs chaperones, we sympathize with him. This is a testament to Cooper’s fantastic performance – it’s taxing on so many levels being in the limelight, and his portrayal of that isn’t whiny, but real.

When these characters come together, the movie really hits its stride. Gaga and Cooper are a match made in cinematic heaven, as they’ve gushed about in many interviews. He says he couldn’t have done the movie without her. She says his belief in her buoyed her through the experience. Whatever it is, it’s electric. Their characters are two damaged people who, through their love for one another, heal in many ways. They’re happy together. They support one another. They want to share the best sides of each other with the world while at the same time protecting each other from the less than wonderful sides of the impersonal fame machine. This love draws you in, fills you up, and, in the end, breaks your heart.

I know that, going into it, I wasn’t interested in seeing a film that told the story of a man finding a damsel in distress and giving her a makeover so she’s finally accepted into the eyes of The People Who You Want to Accept You. And thank god this wasn’t it. Because both Gaga and Cooper dedicated themselves to giving authentic, truthful performances, you see that it’s their love that allows both of them to flourish and become better people. Because Jack believes in and encourages Ally, she is able to rebuild her confidence so she can take center stage and soar. It is not because of him that she is who she is, but because of him she finds the strength to share with others what she has to say.

I believe this, along with other elements of the movie, is a testament to Cooper as an artist. This film is his baby, and he wants you to know it. Although Cooper doesn’t want you to know about him (as a journalist laments in a spectacular profile about the director), if you watch the film, you’ll know. It’s about the damage that the impersonal entertainment machine inflicts on artists. It’s about pure and selfless love, and love when it’s put to the test. Cooper, like the characters in his movie, is a person who has something to say, and this is his way of saying it.

As the awards season gears up, it’s hard to predict where “A Star is Born” will fall. As much as I hate even bringing the awards conversation into this article because films aren’t made to win awards (or the good ones, like this one, anyways), there’s already massive talk that this movie will sweep. And will it? I don’t know. If Cooper isn’t given a director nomination (and one for best actor, for that matter), I’ll riot. Same goes for Gaga.

It feels like we want to award something with more substance, more of a tangible message. It feels like a studio movie about two white people who fall in love and have to deal with how hard it is to be famous isn’t what we need right now. But with such a real film, such authentic performances, and such masterful storytelling, I hope none of these barriers keep it from receiving the recognition and respect it deserves. With glowing reviews and a stellar box office record, it looks like it’s reaching people and impacting them, and that’s the real goal. One thing that I do know for certain is that the impact of this movie will stand the test of time, Bradley Cooper’s cinematic child inspiring and moving audiences for decades to come.