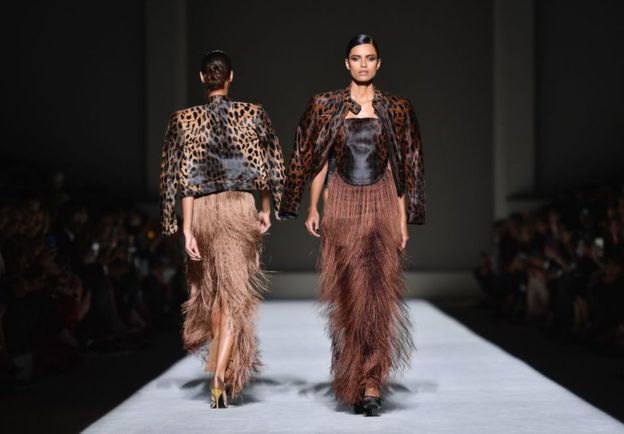 Tom Ford among many other designers played with texture this year as they brought fringe back into the spotlight. (Photo Courtesy of BBC.com )

Tom Ford among many other designers played with texture this year as they brought fringe back into the spotlight.

As fall weather approaches, and we prepare to throw on heavy cable knit sweaters paired with our favorite jeans, the fashion community received a glimpse of spring during the 2018 Spring Fashion Weeks this past September.

Each week brings new themes into the fashion industry expressed through varying details. However, as the month filled with fashion weeks progresses, viewers tend to notice themes carrying over from city to city. In recent years many fashion lovers have been noticing brands expressing their stances on issues within our society. Some have been seen placing direct statements onto their pieces, like Dior back in 2017 with their “we should all be feminists” t-shirts, to Jeremy Scott wearing a t-shirt representing his opinions on Brett Kavanaugh in his 2019 spring show. Meanwhile, other designers appeared making statements through color choice, brave embroidery, and through implementing theatrical aspects into their shows all month long. 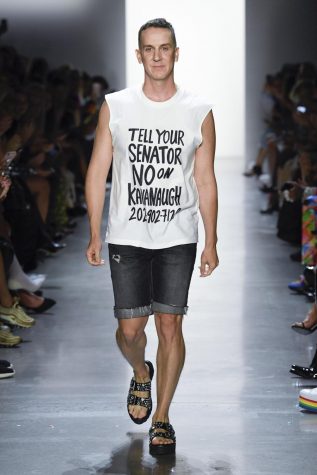 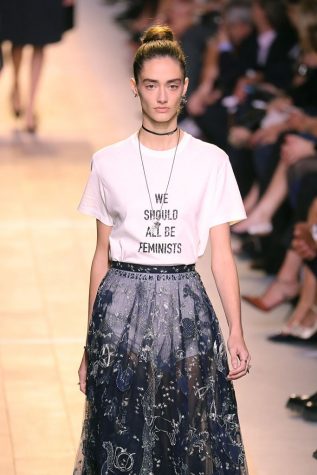 Photo Courtesy of Glamour Magazine
Back during the 2018 Spring Fashion Week Dior printed direct political statements onto their pieces in hopes to influence their ideas.

“To me, fashion is the easiest form of self-expression,” senior Delaney Tase said. “If you have something to say why not show the world what you have to say through your wardrobe?”

Last year viewers noticed designers at New York Fashion Week exploring minimalism through simple yet classic cuts and colors. However, this year designers threw minimalistic ideas behind them and decided to be fearless as they implemented bold colors, intricate patterns, and textures into each piece. In previous years these trends would have been called “loud”, however, with the current political climate pushing people to voice their opinions as loud as they can, fashion designers decided to do the same.

“Neon brights are all over the runway this season, and our eyes are anything but sore,” Elle Magazine’s Justine Carreon said. “Jeremy Scott, Milly, and more presented full-on outfits in every shade imaginable.” 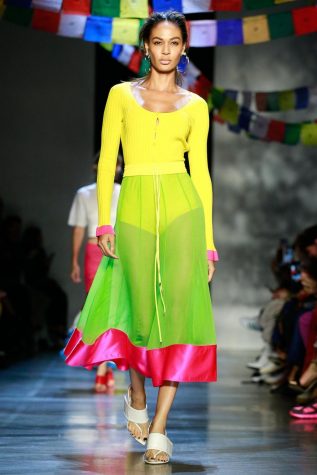 Photo Courtesy of The New York Times
Prabal Gurung stepped it up this year while color blocking bright colors in order to bring life to his spring collection.

While some may have expected London to host a calm and sophisticated week two, it turned out to be the hub for designers to showcase their takes on avant-garde fashion. Extravagant pieces from over the top puffer jackets by Jarel Zhang to Richard Malones take on couture shapes brought to life by environmentally sustainable materials were seen all week long. Of course due to the month-long saga that is fashion week we also began to notice trends like the use of fringe as a texture element carrying over from location to location.

“People used to view avant-garde fashion as a joke,” senior Michael Regan said. “However, eccentric and bold trends are making their way into the spotlight.”

Brands like Moschino, Dolce & Gabbana, Armani, and Prada took to Milan to showcase their spins on their acclaimed styles. Jeremy Scott flooded illustrated details on his modern silhouettes. Meanwhile, other designers showed off monochrome and androgynous pieces that mirrored last years trends. Some thought it to be boring while others remained stunned by Jeremy Scott’s abstract pieces. 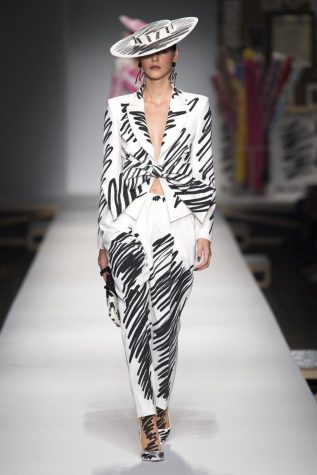 Photo Courtesy of Harper’s Bazaar
Jeremy Scott stuns viewers during Moschino’s Milan showcase through his use of illustrated details.

As fashion week wrapped up, the final week was brought to life in the city of love: Paris. Paris Fashion Week is notorious for being the week where classic brands like Yves Saint Laurent, Dior, Chanel, and many others showcase their new spin on their timeless styles. Dior continued to bring to life the emphasize “Dior girl” through their glamorous and romantic cuts while still making the pieces relevant rather than out of date through modern and sleek materials. Critics described the entire week as rich, sexy, and bold due to the choices by designers who branched out. For instance, young yet acclaimed designer Olivier Rousteing continued to represent women, not as the hangers for his intricate pieces, but as strong seductive modern day warriors wearing Balmain as their armor.

“Then you have designers like Hedi Slimane, or Riccardo Tisci, now at Burberry, who just come and they just wanna put their own stamp on it,” Editor and Chief of American Vogue Anna Wintour said. “And yes they understand the past, but that’s not what they’re going to do.”

While our society struggles to come to agreements during these past couples of months, designers took the month of September to join together in hopes to not only unite their industry but society as a whole. 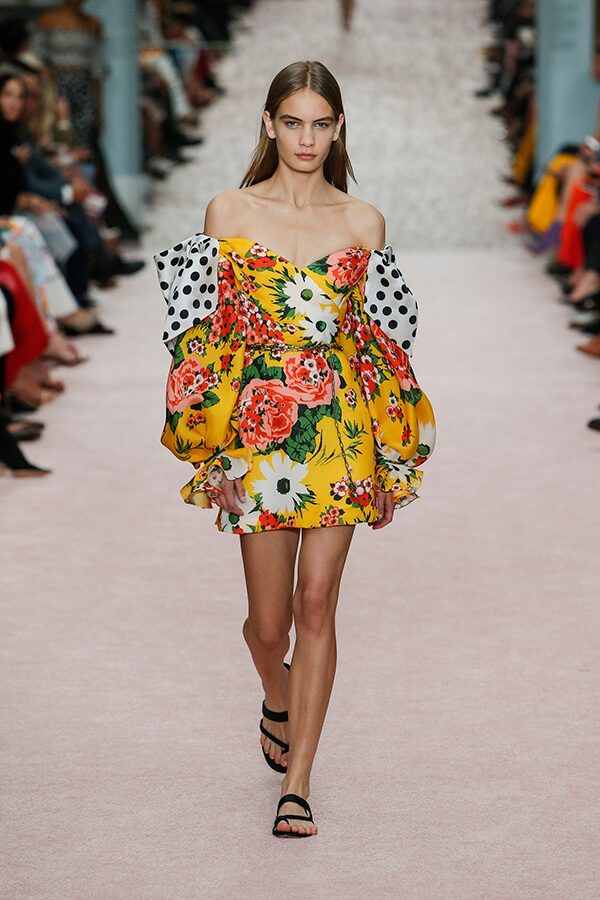 Gallery|7 Photos
Photo Courtesy of Carolina Herrera
Carolina Herrera was not afraid of prints or color this year as she paired them together while presenting her spring 2019 line.