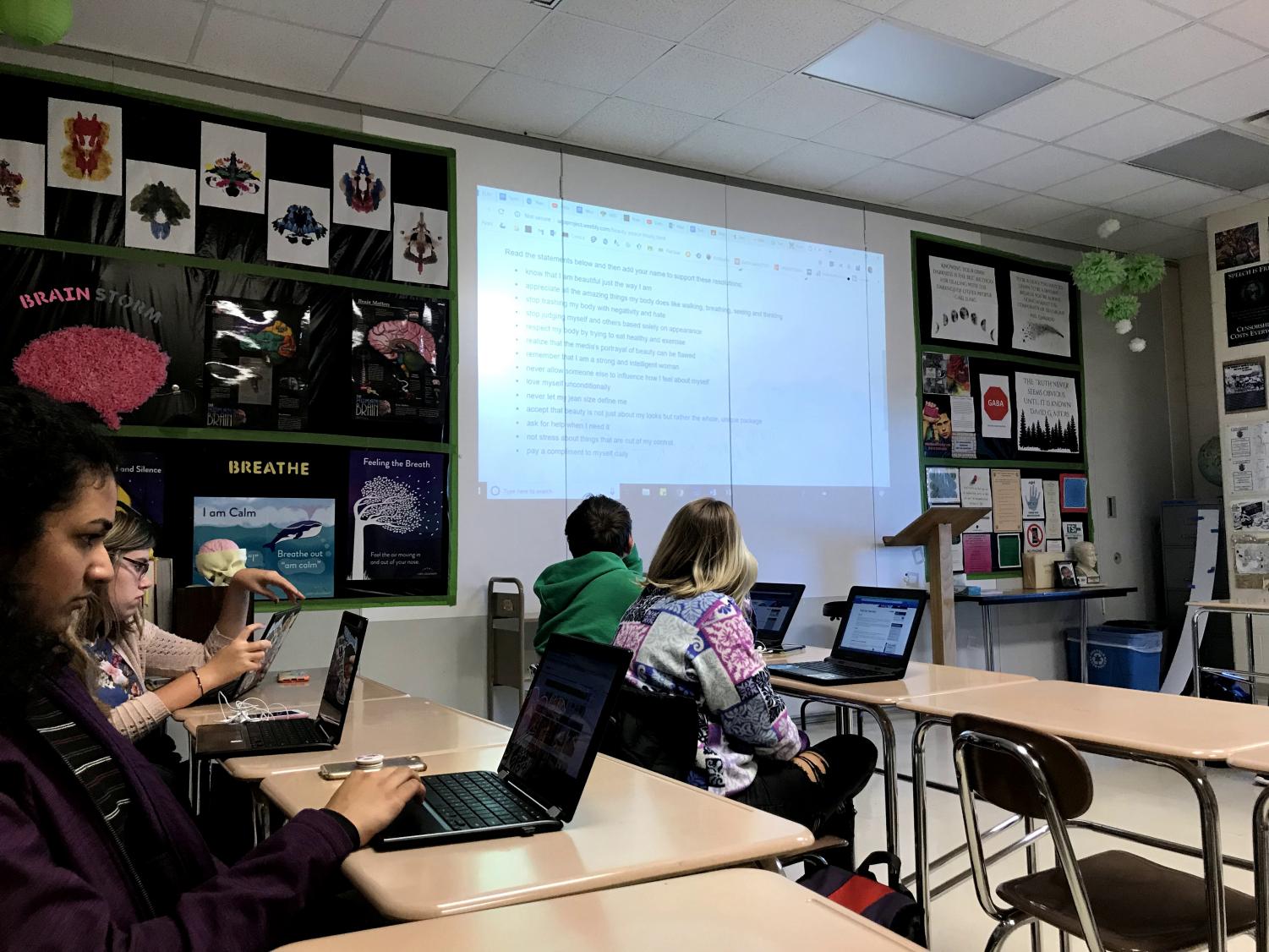 Empower gears up for an empowering year

With the approaching midterms and the continuation of the #MeToo movement, Empower club is nothing short of busy this year as members routinely participate in discussions over current events and plan ahead for the impactful year to come.

“So far we’ve done homecoming decorations and discussed our goals for the year,” said junior Empower member Abby Moriarty. “Our theme for homecoming decorations was, since the [homecoming] theme was blast from the past, to have half the hallway be real dark to highlight the sexism and discrimination of the past, and you walk to the other side of the hallway and you have the light and all the progress that we’ve made in terms of equality, not just for women but for all people.”

Thanks to their spirited and equality-themed decorations, Empower was recognized for representing their club the best out of all clubs that participate in Homecoming hallway decorating at the Homecoming Pep Rally.

In general terms, Empower hopes to spread more equality throughout York during this upcoming school year.

“Our goals for the year is to get people more involved in promoting equality and getting the word out about our club more,” Moriarty said. “We also are currently working on tee shirts and different campaigns throughout the year that promote equality.”

Moving past Homecoming, Empower is looking to celebrate the upcoming, National Love Your Body Day which Empower annually takes part in by spreading body positivity across York by posting flyers depicting celebrities and personalities who embrace body positivity.

Although National Love Your Body Day is just a singular day, Empower takes the month of October to promote body positivity.

“To promote body positivity, we are going to be creating potty presses that include body positivity statements in order to try and get girls to support these resolutions,” said senior Empower member Niamh Horan. “We are also putting compliments and little positive messages on post-it notes and putting them all over the mirrors in the bathrooms all over the school in order to promote more positivity within the school.”

In addition to post-it notes and potty presses, Empower will also be crafting a segment for YTV announcements that describe National Love Your Body Day and urge Dukes to wear yellow on Oct. 24 for body positivity.

Aside from events such as National Love Your Body Day and Homecoming hallway decorating, Empower members consistently and routinely discuss current events and politics to stay up to date on the current political climate and to voice opinions on current news.

“Everything is changing so much now,” said sophomore Empower member Claire Cockman. “We are seeing the emergence of the #MeToo movement. We’re seeing probably the close of third wave feminism and the beginning of the fourth. It’s important that we’re involved, and have a say, and that we’re talking about these things just so we can educate everybody.”

Although Empower has a lot on their plate between political discussions, event planning, and event execution, the goal of Empower regardless of the year is to simply promote equality across Dukes.

“I think it’s important for young women to understand what’s going on the world and to learn how to fix [inequality] before it starts,” said freshman Empower member Lauren Gentile.