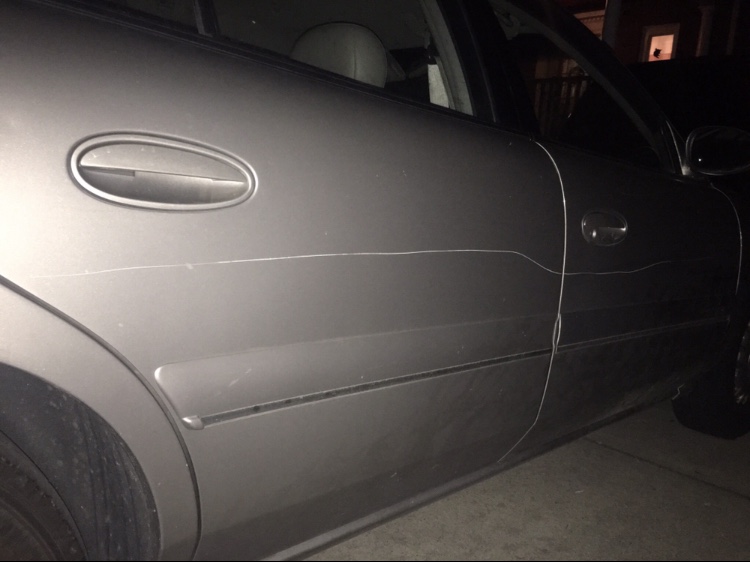 Senior Cece Stumpf wasn't even aware of the key scratches on her car until a friend told her to check for scratches. (Photo courtesy of Cece Stumpf)

Senior Cece Stumpf wasn't even aware of the key scratches on her car until a friend told her to check for scratches.

While most Tuesdays at York are usually normal with no strange occurrences, Tues., Oct. 16 was different.

However, it is possible that the supposed keying that occurred on Thursday was a part of the initial incident on Tuesday, but the students were unaware of the damage until Thursday.

“I went to my car after 8th period and noticed the marks on my driver door I had not seen before, and I knew it was a key,” senior Christian Dale said. “I was pretty mad I have to say because ruining other people’s property for no apparent reason is a serious and stupid thing to do. There were marks only on my driver door and not horrible, but enough to be noticed.”

Many seniors stories are similar to Dale’s, as there have been as many as ten cars keyed as a result of this incident. However, the administration has only received about five to seven reports to the school.

Some students did not notice the key marks at first, but as word spread around, more and more students realized the damage that had been done to their cars.

“Honestly, I didn’t even notice my car had been keyed when I left school,” senior Cece Stumpf said. “It wasn’t until later that night when one of my friends texted me and asked about it that I checked and saw it. I was mostly surprised at first, since I’d driven home and hadn’t seen it at all, and I was pretty upset that it had happened to so many of us.”

Some students who drive to school were surprised to learn there was no security surveillance for their cars after paying for these coveted parking spots.

“Mostly I’m just upset about the complete lack of security,” senior Matt Anikiej said. “We payed 200 [dollars] for this spot so I expected something like cameras but I learned the stadium lot doesn’t even have those.”

According to the administration, the stadium has no video surveillance.

Although the culprit is not known, students were encouraged to report the keying to the administration and the police in order to learn who is behind the keying.

“We have a campus supervisor who’s out in the parking lots during the day monitoring,” Vice Principal Mr. McGuire said. “Because we don’t know exactly when it took place from 7:15 am to 6:00 at night, we will increase our supervision of the lots. Something like this is not easily detected and easily preventable.”

In the past, a keying incident on this scale has not occurred.

Despite the incident, feelings are mixed regarding repairing the damage done to the cars that were defaced.

“Learning that my car got keyed, I told my Mom, and instantly the day after the car is in the shop getting repaired,” senior Joe Orrico said. “The mark was just across the trunk, and just that much keying is costing a lot to fix.”

However, some seniors plan on living with the damage.

“Not a whole lot was done except for the yard long scratch,” senior CJ Cote said. “My car is a retired police car with many blemishes already, so [I’m] not really focused on the damage at hand, just another scratch to the car.”

Although many are angered over the keying incident, many will continue to park in their assigned spot.

“I think for now at least I will continue to park in my spot unless further damages occur,” senior Christian Dale said.

But some are more skeptical to continue parking in their usual spot.

“I don’t know whether or not I will continue driving to school,” junior Matt Kentra said.

In order to prevent future instances like these from occurring, the administration plans on an increase of security from campus supervisors.

“We have a person out there currently during parts of the day,” McGuire said. “He’ll be doing more loops and surveillance.”

If you have any further information on the keying incident, please report it to the administration. 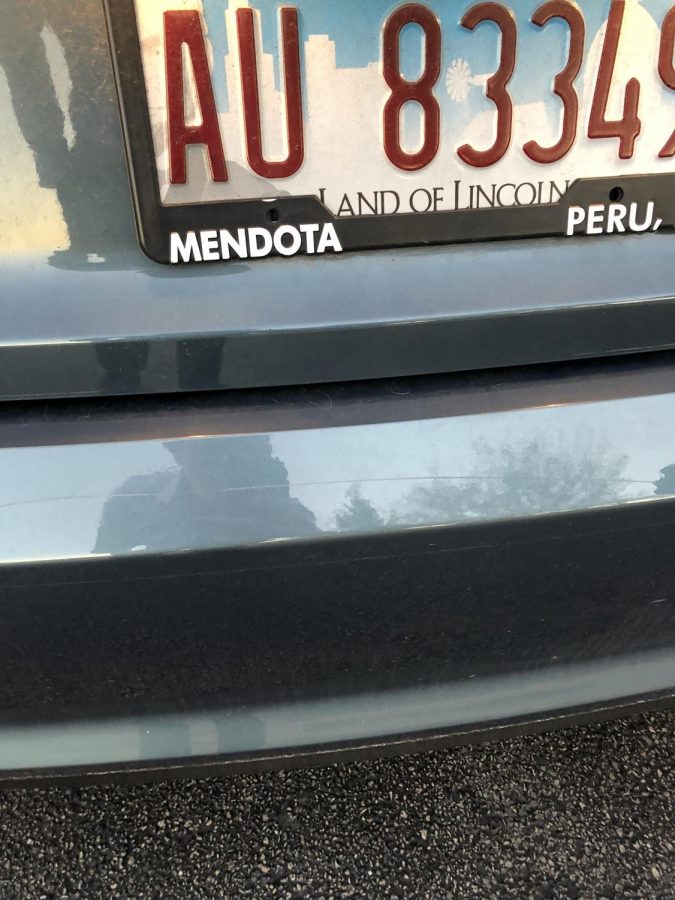 Gallery|6 Photos
Photo courtesy of Eddie Ryan
Eddie Ryan, senior, found a few key scratches on the back of his car after the keying incident occurred.