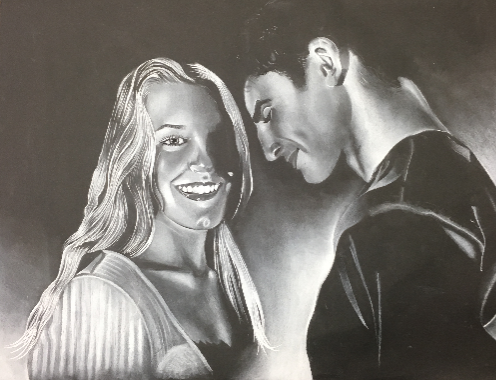 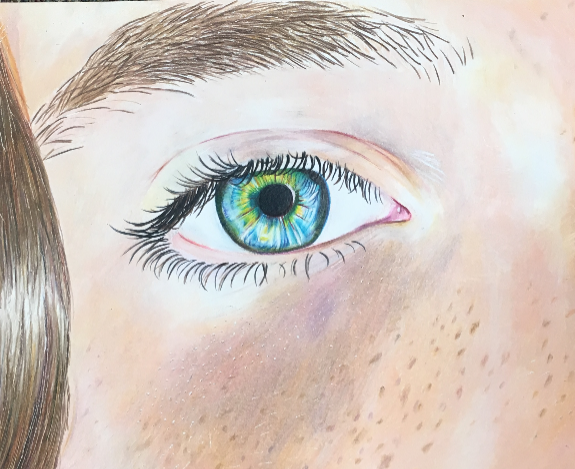 Tucked in a corner of York is a classroom with high ceilings, blaring music, focused students, no teacher, and the overwhelming odor of paint, is AP Art. For Libby Wagner and her dozens of colored pencils, it’s the perfect place to unleash her creativity and love of art.

“It’s my way of using my voice,” senior Libby Wagner said. “I can send out whatever message I want in whatever way I want. Having so much freedom to put out whatever you want and be as creative as you want is so great; that’s what I love about it.”

But her love of art has been with her long before that AP Art classroom.

“I used to color on the walls with crayons at my house,” Wagner said. “It’s always been something that I loved to do and just a good way to express myself.”

She hopes to take that love far beyond the walls of that classroom.

“I’m thinking of studying visual communications or graphic design because I don’t want to let that part of me go,” Wagner said.

The classroom has been in integral part in shaping the laughing, crayon-bearing bandit into a college ready artist, guiding her to focus her talent, recognizing art is just as much hard work and seriousness as it is carefree expression.

AP Art has given her the access the all the resources York has to offer for art and the independence to access everything she needs. But this freedom is juxtaposed with the rigorous structure goals of the class.

For AP credit, students have to complete six breadth pieces and 12 concentration pieces that will be judged by the College Board for college credit. A project of this size required Wagner to look for inspiration. But turns out, she didn’t have to look far.

“Everyone all around me [inspires me],” Wagner said.

She wanted to pushed herself for her concentration; after doing “a piece of toast last year,”she wanted to be more serious this year.

“My concentration that I’m doing is People of York,” Wagner said.  “I just did a picture of Jared. I’m doing a football player. I’m going to do different teacher. I’m doing Ms. Vanessa. I’m just doing people all over–that’s what inspires me.”

For Wagner, she’s thankful for the class that made her take her passion more seriously and fall in love with art even more.

“People last year would tell me that I shouldn’t do it, it’s so hard, you won’t want to be in it, and it’s so much work. But if I had listened to them, I would’ve been so upset,” Wagner said.  “It’s literally my favorite class ever. It’s what gets me up in the morning.”