Model UN is “gearing” up to dominate in Lansing 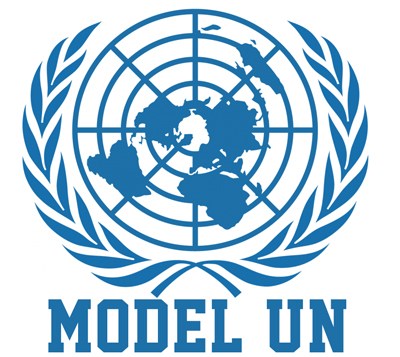 So far this season, York’s Model United Nations delegation has been extremely successful at its first two conferences. At Carl Sandburg Model UN, the first of many conferences in the year, the delegation took home nine individual awards and at Saint Ignatius Model UN the team took home eight individual awards and the award for best small delegation. Now, the delegates are shifting focus onto arguably the hardest conference of the year: the Canadian-American Security Council.

Every year, the York delegation participates in several local conferences at some of the local high schools, however, the delegates go to Lansing, Michigan for a conference with schools from across the Midwest. The delegates will leave on a Thursday and compete in two days of deliberation in Lansing. Last year, the York delegation started off the first two conferences with fewer awards and still was very impressive at CASC. This year, their start has been fantastic, and with winning more awards than last year, the team will likely do well at CASC.

“It’s impressive because we’re competing with the best schools around, and we’re still winning a lot,” award-winning junior Aaron Ludkowski said. “At our first two conferences this year, CSMUN and SIMUN, I remember a lot of people got their first ever awards.”

“We [the delegates] did a great job,” club sponsor Mr. Gearing said on the bus ride home. “With many individual awards, we are going in a really good direction.”