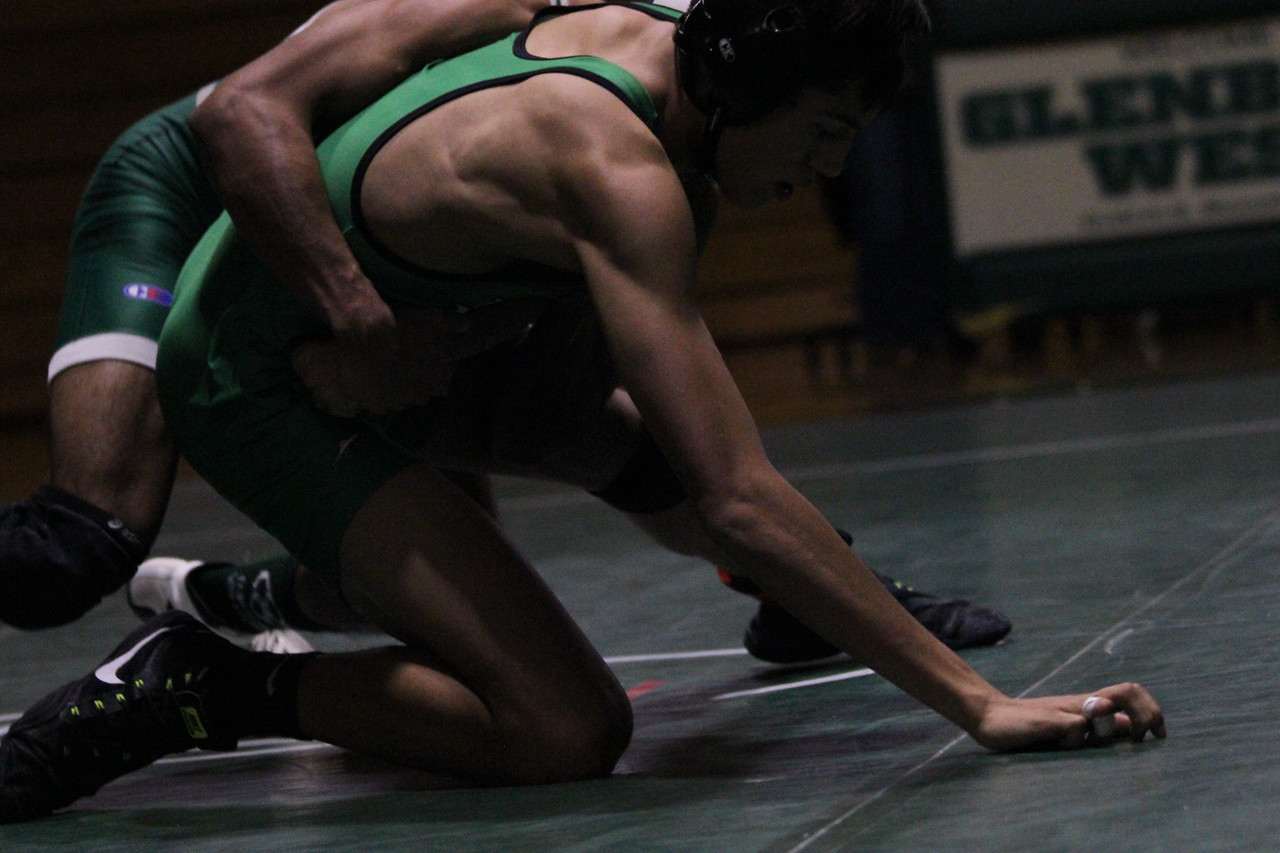 As senior Antonio Gutierrez enters his seventh year as a member of the wrestling community he prepares to leave his heart on the mat for his fourth and final season as a York Duke varsity starter. Wrestling isn’t just a sport to him, it’s a lifestyle, which takes dedication, heart, intelligence, and strength.

“Wrestling is a sport that teaches the athlete a lot about themselves. The work ethic needed in wrestling translates over into daily life,” Gutierrez said. “I’ve learned that hard work is truly the number one key to success you’ll make every necessary sacrifice in order to achieve your goals.” 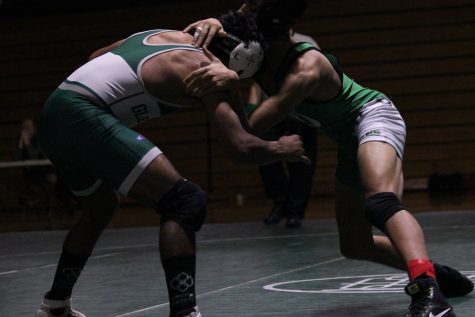 Photo Courtesy of Opfer Media
Senior Antonio Gutierrez snaps opponent to the mat prior getting his hand raised.

Whether your hand is raised at the end of the match or not, the sport requires each and every individual to donate their blood, sweat, and tears. The concept of physically battling another human being who has been trained to take you down is one many would run away from, but as early as sixth grade, Antonio Gutierrez decided to run straight to it.

“Wrestling isn’t for everybody; it’s a sport that really puts a toll on its athletes,” Gutierrez said. “In wrestling, it’s just you and somebody else on the mat and if you lose then you’ve got nobody else to blame but yourself.”

Gutierrez has made it his life goal to become the best of the best. He began his training in sixth grade and decided he was going to be the only freshman in 2015 to become a starter on varsity (a team made mainly out of upperclassman). He has trained both in and outside of the school program, gaining skills from a wide range of coaches. In order to separate himself from the other athletes within the program, Gutierrez has also been training in martial arts in order to bring skills onto the mat that his opponents will be blind to.

“It has shaped me into the person that I am today,” Gutierrez said. “Without it, I wouldn’t have the same competitive drive to not only show that I am better than what everybody else thinks, but to prove to myself that I really am that man that can get things done when nobody else can.” 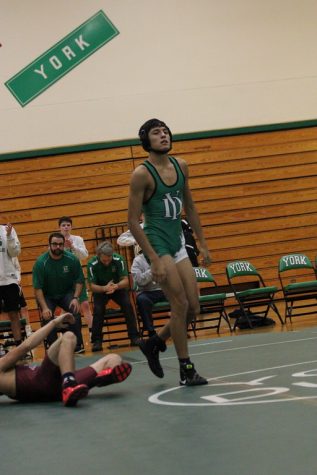 Photo Courtesy of Opfer Media
Antonio Gutierrez stand up with confidence leaving his defeated opponent on the ground he pinned him to receive yet another varsity win.

His coaches and fellow teammates have watched him grow as an athlete and as a human being. However, his family is what sets Antonio and his younger brother Alex Gutierrez apart from everyone else. Wrestling in his family is not just viewed, it is understood and cherished. Wrestling has allowed him to become closer to his loved ones. Every weekend his parents and grandparents gather on the stands of a suburban high school to watch their sons battle.

“I’m really lucky to have such a great support group; despite whatever I may be going through, I know that my brothers and my parents will always be there for me to lean on,” Gutierrez said. “It’s great to be apart of the high school team, but nothing compares to the home team I’ve got at home.”

Antonio Gutierrez is ready to take his skills learned from a 7-year wrestling career and a 13-year martial arts career to show his opponents within the state of Illinois he is not one to underestimate. While many devote their lives during the specific season to the sport, Gutierrez and his family have devoted every single day for the past seven years to a sport that sculpts a young boy into a man who is ready to take on every obstacle life has to throw.

“My wrestling career has had its ups and downs, but overall my wrestling career is something that can never be taken away from me and I can always look back at it with a sense of improvement, joy, and success,” Gutierrez said.