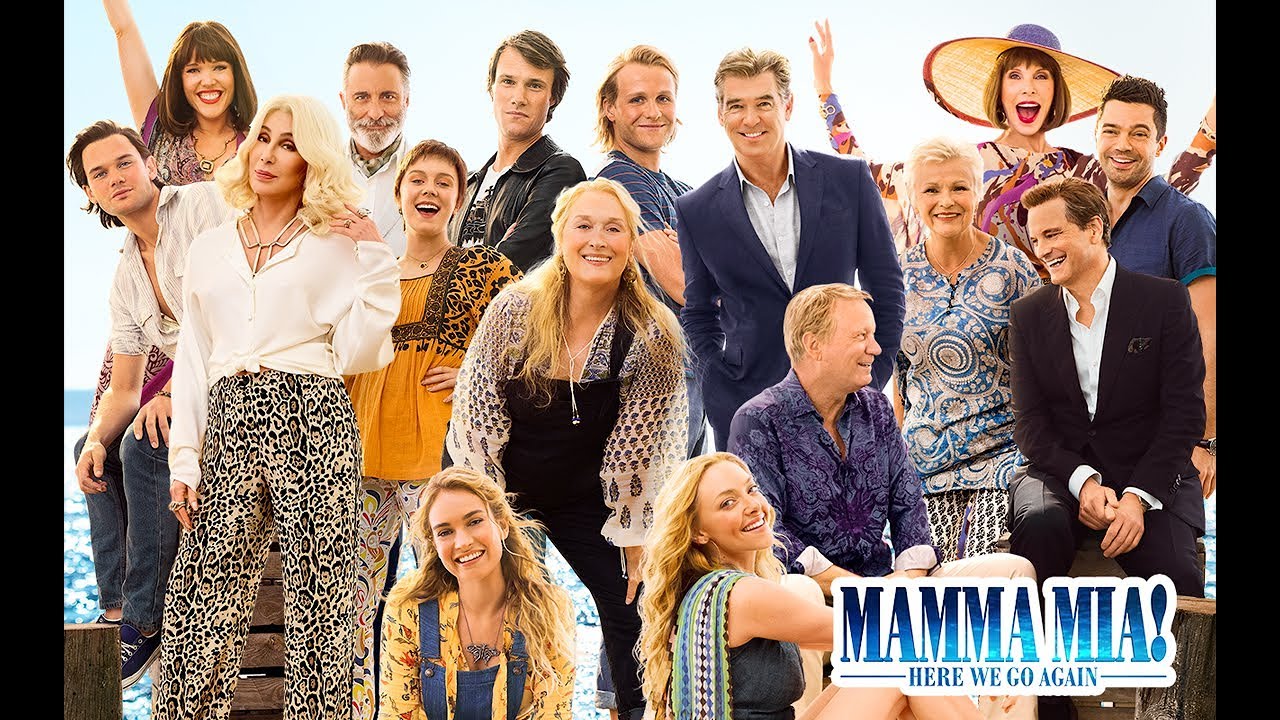 “Mamma Mia! Here we go again” puts a twist on a classic musical

Even 20 years after they were popular, ABBA is still popular throughout the world. Despite that they got their start in 1974 after winning the Eurovision contest from “Waterloo,” their most famous song, “Dancing Queen,” has dominated the charts. 20 years after their peak popularity, in 1999, playwright Catherine Johnson wrote a musical based on their most well-known music. Ever since the premiere of “Mamma Mia!” in London’s West End, it has been the ninth-longest running show in Broadway history.

Nine years after the musical was released, it was adapted into a film, produced by Judy Craymer and Gary Goetzman, where Catherine Johnson joined on to write the film. Just this year, “Mamma Mia! Here We Go Again” was released in theaters, again produced by Craymer and Goetzman. Even 40 years later, ABBA is still sweeping the global pop culture scene.

In mid-2013, ABBA songwriter Bjorn Ulvaeus announced ABBA: The Museum, which opened in Stockholm, Sweden. The museum showcases the band’s history, from their first album “Ring Ring” all the way to “Mamma Mia! The Musical.”

The musical centers around ABBA’s mostly popular songs, and the main character, Donna Sheridan. Originally premiering in the West End, the plot uses ABBA’s top hits to tell the story of Donna’s fatherless daughter, Sophie, and her quest to determine who her father is all in the wake of her marriage with Skye.

The plot establishes how in the summer of 1979, the year ABBA reached their peak, Donna fell in love with three men: Harry Bright, a British banker, Bill Austin (Anderson in the movie) an Australian travel writer (Swedish in the movie), and Sam Carmichael, and American architect. Through this premise, all the characters’ emotions are expressed in many ABBA musical numbers, ranging from Donna’s memories with the dads in “Our Last Summer,” to Sophie and Skye’s dispute in “Lay All Your Love On Me.”

Ten years after the original film premiered in 2008, a sequel premiered in theaters all around the world, titled “Mamma Mia! Here We Go Again,” a reference to a line in the titular song’s chorus, “here I go again.” “Mamma Mia! Here We Go Again” focuses on the untold story of Donna’s past with each of the potential fathers and the time around which she gave birth to her daughter, Sophie.

Gary Goetzman and Judy Craymer reprised their roles as producers, as well as all of the original cast, along with a new cast of younger actors to portray the younger versions of Donna, Harry, Sam, and Bill.

With a set of new cast members, along came a new list of songs. In the original movie, there wasn’t enough room for certain songs from the musical such as “The Name of the Game” or “Knowing Me, Knowing You.” However, in “Here We Go Again,” such songs had found their place now that a different storyline was being told. Towards the end of the movie, a small detail is dropped that Donna’s mother, Ruby Sheridan, played by Cher, had re-met her lost lover from South America, Fernando Cienfuegos.

This leaves the story between Ruby and Fernando untold, finishing the movie with the potential for a third movie.