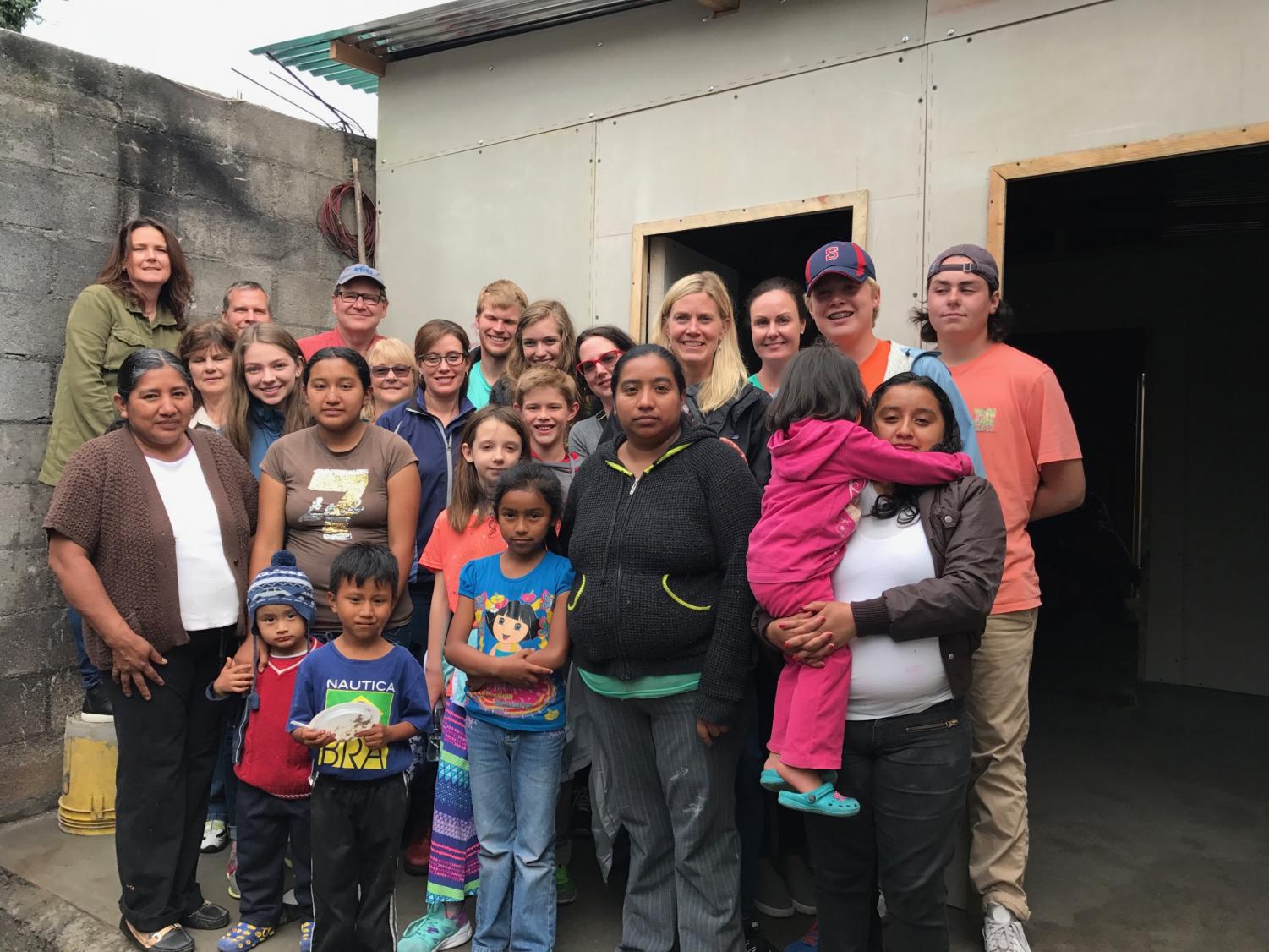 Spanish teacher, Eduvijes Martinez poses with the family in Guatemala.

Spanish 4H classes give the gift of education this Christmas

This holiday season the Spanish 4H classes have taken on the challenge to raise as much money as possible for a foundation called Common Hope. Common hope is a foundation that supports Guatemalan children and families in need focusing specifically on education. All five of Señorita Fraticola and Señora Disterheft’s Spanish 4H classes started off competing against one another to see who could raise the most money in just two weeks, but after a few days of competing, the teachers decided all classes should work together for the greater good.

In Guatemala one out of ten children make it to high school, 25% of youth will not graduate the 6th grade, and 2 million children don’t attend any type of formal education at all. By teaming up with Common Hope this holiday season, the juniors and seniors of the Spanish 4H classes hope to support Common Hopes’ goals of providing an overall safer, sufficient, and developmental education system.

“We had always had this technology unit that seemed to get out of date when you were just talking about social media as opposed to using it,” Spanish 4H teacher Catherine Disterheft said. “So, it seemed to make a lot more sense to actually use social media to make a greater impact on society, and the success we’ve had has been awesome.”

The past school year the Spanish 4H classes had a similar project of raising money for a good cause. The unit the students are working on is focused on social media and the impact social media can have, so the teachers wanted to incorporate a project into this unit that demonstrates just that.

“Last year Senora Disterheft created a similar project for the victims in Puerto Rico and this year she came up with the idea for the classes to raise money for a foundation,” Spanish teacher Lisa Fraticola said. “We had worked with Common Hope in Spanish club last year, and I thought our classes could work with them this year for this project.”

In fact, one of York’s very own Spanish teachers, Señora Martinez, visited Guatemala in the summer of 2012 through the Common Hope Program and has been visiting ever since. Martinez is a sponsor of one of the Common Hope children, José Carlos Castro. Castro is 13 years old and one out of seven members in his family. Between the seven people in his family, they have three beds, one bicycle for transportation, and they make only $130 a month. This is clearly not a sufficient and comfortable way to raise a family of seven, so Martinez did whatever she could to help.

“I had the opportunity to visit different homes with the social workers and noticed how easily in America we can open the water tap and have water instantly, but they cannot, we enter a room and turn on the switch, and there is light, they cannot do that,” Spanish teacher Eduvijes Martinez said. “ I realized that the need for help was great since many children may not be able to attend school simply because their parents do not have the necessary resources, that’s why I was a bit more involved.”

In addition, the students have taken matters into their own hands to raise awareness about Common Hope. Students in Señora Disterheft’s second-period class created a website, while one student in Señorita Fraticola’s fourth-period class, Abby Moriarty, is selling jewelry for the cause, and her seventh-period class is creating promotional posters.

“My group and I are making a song that we are going to share with our classmates with the goal of bringing awareness to the situation in Guatemala,” senior Fabian Sahagun said.

The students have gotten very creative in their efforts to raise money and spread the word of Common Hope. Currently, the classes have raised just under $5,000 and are determined to rise above their combined goal in the next week.

“When I heard the family of Senorita Martinez was helping out for example only had three beds and made less than 130 dollars a month I knew something needed to be done, this moved me when I heard that this was true,” junior Richard Buehling said.

Donate to any of the classes down below.