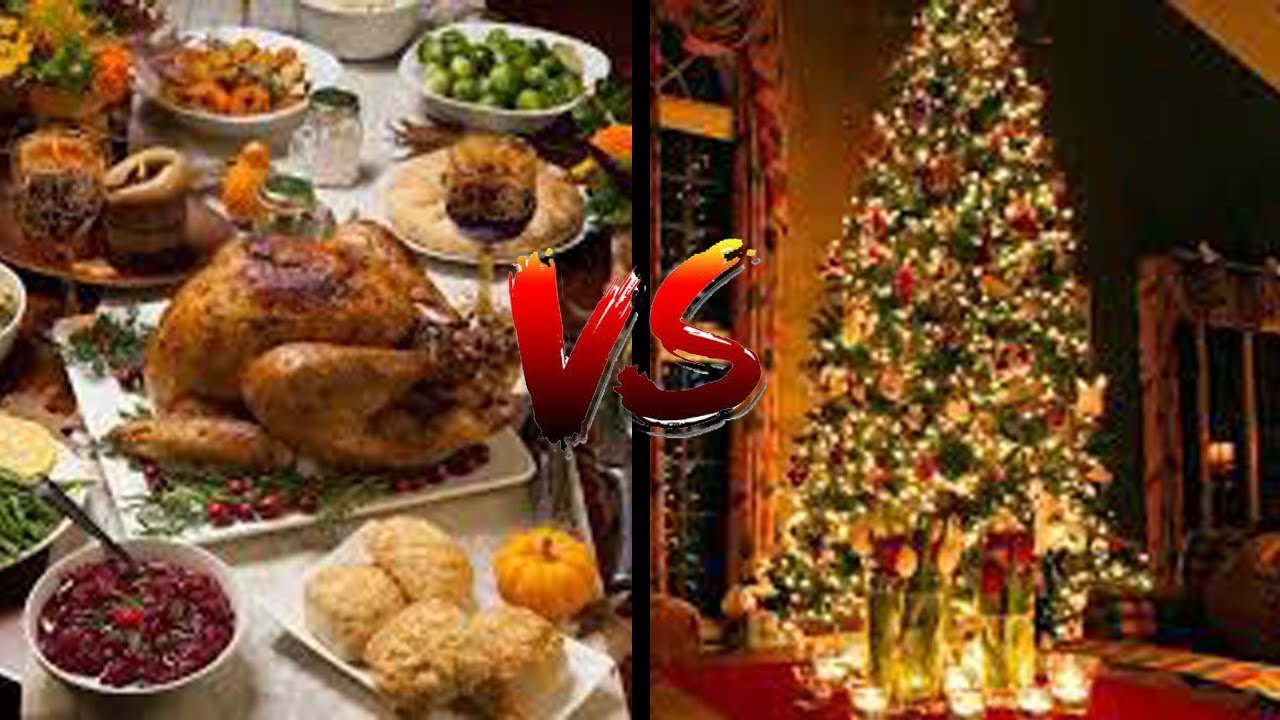 Holiday beat down: Should Thanksgiving or Christmas wear the ultimate holiday crown?

Thanksgiving is one of the most overlooked holidays our American society celebrates.

As soon as we hang up our costumes and sort through our candy, many people jump at the opportunity to hang ornaments and blast Christmas classics the second the calendars are flipped to November. In Chicago, local radio station 93.9 LITE fm began broadcasting Christmas music as early as Nov. 8, 2018, meanwhile, the vibrant oranges and rich reds of the leaves were still making their way to the ground.

It’s as if our society falls completely ignorant to the season of autumn. As people litter their yard with inflatable Santas and untimely Christmas trees, their decorations are completely out of place under dead grass instead of the winter wonderland December brings. The students of York agree. In a survey projected to over one hundred students, 64.2 percent think it isn’t appropriate to begin preparing for Christmas before Thanksgiving.

Thanksgiving is one day throughout the entire year where we are expected to reflect on all the things in which we are grateful. Instead, people would rather jump to the season where we exchange presents. The holiday season instills greed upon us. Literally, the day after we rejoice about all the things we are thankful for, we rush to the stores at the crack of dawn in hope to scavenge for new items. This year, 74 percent of Americans were predicted to make a purchase on either Black Friday and Cyber Monday in a collective total of spending over $60 billion, according to the latest research from finder.com. Instead of learning to appreciate the things already in our lives, it’s as if we realized the items we don’t have on Thanksgiving and decide we need more — just in time for Christmas.

Regardless of the principals, each holiday subjects us to, we must not forget the most iconic part of the overshadowed holiday– the feast. Surrounded by your family members and closest friends, the Thanksgiving meal is a time to reflect on all we appreciate in life, while simultaneously devouring into a wholesome dinner.

One day, dedicated to indulging into a mouthwatering buffet. Steamy mashed potatoes, the savory seasoned turkey,  tangy cranberry sauce, and who could forget the flavorful stuffing. Fig pudding or pumpkin pie? That debate is a no-brainer.

The meal we eat on Christmas does not hold a candle to Thanksgiving, and 58.9 percent of York students agree.

Besides, even if you are a Christmas fanatic, by beginning celebration on Nov. 1, you are putting yourself through an extra month of waiting and agony. Whereas, if you wait until after Thanksgiving, the lead up becomes less than a month until the beloved holiday.

This prolonged period of time preparing for the holiday season ultimately leads to an anticlimactic day on Dec. 25.

The month of November should be solely dedicated to the holiday of Thanksgiving. The holiday doesn’t receive the respect it deserves. 67.9 percent of York students recognize how overshadowed Thanksgiving is to its preceding holiday. Regardless, whether you love Christmas or Thanksgiving, remember to appreciate what you have.

Now, it is time to hang up your Santa hats and patiently wait until December.

The king of holidays by Rachel Perry

If you’re like me, as well as retail stores, television commercials, or radio stations, December, or the end of Thanksgiving for that matter, does not mean the start of the holiday season. In fact, the Christmas season starts November 1.

Once Halloween has its run and spooky month is officially over, it’s time to start blaring Mariah Carey’s “All I Want for Christmas is You”.

Christmas is a precious holiday: the music, the movies, the food, the lights, and the festivities. The spirit of Christmas is simply superior to all other holidays, Thanksgiving included.

Therefore, we must make use of all the time we have to celebrate Christmas even at the sacrifice of Thanksgiving. Think about it, Christmas is better than Thanksgiving in every way.

Thanksgiving has little influence on society. There are hardly any songs, movies, or Thanksgiving themed activities. While during the holiday season, television channels are constantly playing “Home Alone” and “How the Grinch Stole Christmas” along with multiple opportunities to ice skate and decorate Christmas trees.

Not to mention Christmas songs. Christmas songs are arguably the best part of Christmas. With songs such as “Last Christmas” and “Baby it’s Cold Outside” playing almost everywhere during the holiday season, it’s hard not to fall in love with the Christmas.

Although Christmas songs are often repeated and the same as they were in the 1930s, they are timeless and can be celebrated with the same spirit each year in my opinion. Can you believe “Santa Claus is Coming to Town” was sang with the same joy when it was released in 1934 as it is now?

Some Thanksgiving lovers are quick to criticize Christmas music for being untimely and annoying. However, according to the Huffington Post, 43% of Americans want to hear Christmas music a month prior to the holiday.

Regardless of any Christmas tree, song, or movie, the joy and spirit of Christmas is a treasure to be cherished; it needs to be protected at all costs, even if it means celebrating early.

I send my apologies to Thanksgiving but Christmas must be celebrated as soon as possible. Perhaps if Thanksgiving produced the same type of joy in the air as Christmas, then I would be writing a different article.