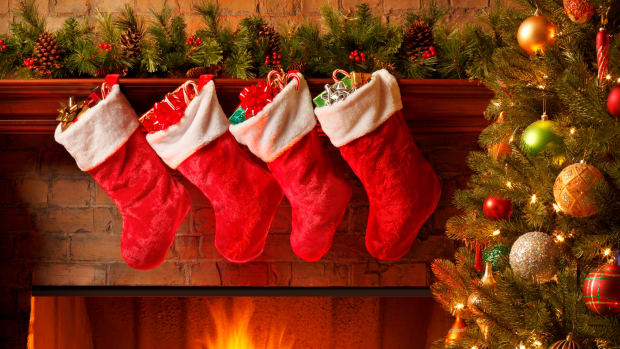 The most wonderful time of the year is just around the corner: Christmas. (Photo courtesy of history.com)

The most wonderful time of the year is just around the corner: Christmas.

The king of holidays: Christmas

If you’re like me, as well as retail stores, television commercials, or radio stations, December, or the end of Thanksgiving for that matter, does not mean the start of the holiday season. In fact, the Christmas season starts November 1.

Once Halloween has its run and spooky month is officially over, it’s time to start blaring Mariah Carey’s “All I Want for Christmas is You”.

Christmas is a precious holiday: the music, the movies, the food, the lights, and the festivities. The spirit of Christmas is simply superior to all other holidays, Thanksgiving included.

Therefore, we must make use of all the time we have to celebrate Christmas even at the sacrifice of Thanksgiving. Think about it, Christmas is better than Thanksgiving in every way.

Thanksgiving has little influence on society. There are hardly any songs, movies, or Thanksgiving themed activities. While during the holiday season, television channels are constantly playing “Home Alone” and “How the Grinch Stole Christmas” along with multiple opportunities to ice skate and decorate Christmas trees.

Not to mention Christmas songs. Christmas songs are arguably the best part of Christmas. With songs such as “Last Christmas” and “Baby it’s Cold Outside” playing almost everywhere during the holiday season, it’s hard not to fall in love with the Christmas.

Although Christmas songs are often repeated and the same as they were in the 1930s, they are timeless and can be celebrated with the same spirit each year in my opinion. Can you believe “Santa Claus is Coming to Town” was sang with the same joy when it was released in 1934 as it is now?

Some Thanksgiving lovers are quick to criticize Christmas music for being untimely and annoying. However, according to the Huffington Post, 43% of Americans want to hear Christmas music a month prior to the holiday.

Regardless of any Christmas tree, song, or movie, the joy and spirit of Christmas is a treasure to be cherished; it needs to be protected at all costs, even if it means celebrating early.

I send my apologies to Thanksgiving but Christmas must be celebrated as soon as possible. Perhaps if Thanksgiving produced the same type of joy in the air as Christmas, then I would be writing a different article.