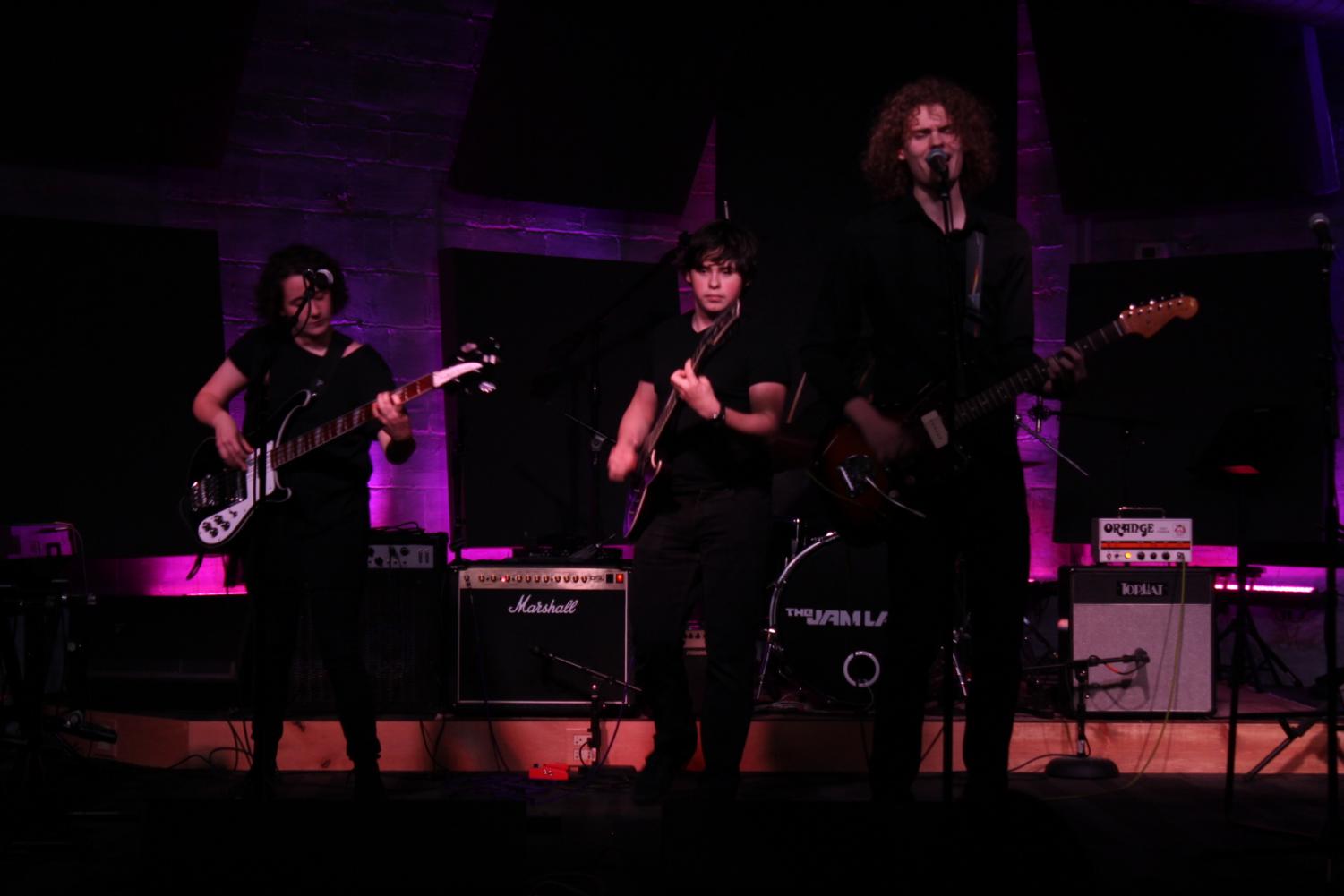 Whether you like to listen to music, write music or perform music, Amateur Musicians is the perfect club for you. This year, the club has taken huge strides from its first couple of years with the help of our very own Chris Gemkow, the guitar and music production teacher.

Andrew Bendelow, a teacher in the English Department, created this club in 1995. When Gemkow started teaching guitar at York, Bendelow reached out to him. The club got together and all worked on the same project together every time they met in Bendelow’s classroom. Because of the relationship that was established between Gemkow and Riddle, the doors started opening up for a Music Production class to start.

“I decided to take this club to the music department because we would have more access to musical instruments. The way it used to be was that about 15 people would meet in Bendelow’s room and we’d all work on one thing” Gemkow said.

When the club first started, it did not have much structure. However, once the club was brought to the music department, a new feeling was created. So many students showed up that  Gemkow did not really know what to do at first.

“At the first meeting in the music department there were 60 students that showed up,” Gemkow said. “For the next meeting, I decided we couldn’t all work on the same song so I told the students to grab an instrument, head to a practice room and create.”

Mr. Gemkow thought it would be better if all the kids could do what they want to do and start creating their own music. Because of this switch,  tons of students show up every Thursday, and they haven’t stopped jamming and writing original music with each other.

“Once this new structure was formed for the club, I thought I needed to book these kids a gig,” said Gemkow. “Did not matter if these kids were just learning or already skilled, I wanted them to get on a stage and show people what they could do.”

Fitz’s Spare Keys was Amateur Musicians’ first gig. That show was what started the bridge out from the music department.

“I wanted to give these young musicians a legitimate experience to get on stage with a professional sound system and sound check,” said Gemkow.

Since then, the club has started releasing an album each year. The album is full of all original music written by the students here at York. Gemkow looks for new experiences and opportunities to give his students each year. This school year, he has ordered a bunch of new recording equipment for club members and non-club members to use.

“Mr. Gemkow has been the single most supportive person in my life,” senior Maya Toffler said. “He always is pushing me to do my best and create as much as I possibly can.  The combination of him always being behind us and the numerous incredible opportunities he provides for us is truly so amazing.”

Gemkow provides each and every student in Amateur Musicians with an equal platform to create and really show themselves through their music. This year the club kicked off the first semester with a gig at the Jam Lab in Brookfield. This an outstanding venue professionally recorded each student’s set.

“The Jam Lab was so inspiring to see all the students showcase their best work so far this semester,” senior Ben Pavlik said. “It was really cool to have a gig outside of the Elmhurst area and in a more professional setting,”

Anyone in the club has the chance to work with anyone or everyone else. There are no limits to creativity in Amateur Musicians.

“To see each student having influences through each other and also seeing each student breaking away and individualizing their own music is so cool,” Pavlik said. “The styles of music are all so diverse but there was not a point of that night at the Jam Lab that got boring.”

Gemkow cares so much for the students he works with. He does everything he possibly can to push each student to do their very best. He has created a culture that is so close-knit and so creative that every Thursday the same kids, and even more, show up to take part in this club.

Every spring the Amateur Musicians release an album, so be on the lookout for it in 2019.