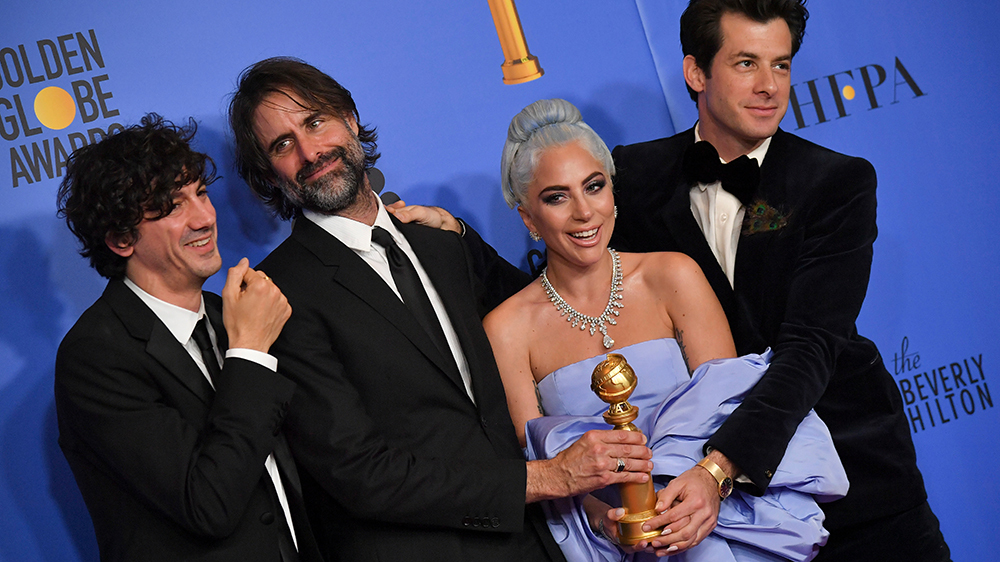 What do the Golden Globes mean for the Oscars?

The Golden Globes are a bit like David Hansen warming up a room for John Mulaney. It’s nice, it’s cute, but we all know what we’re here for. While the Academy Awards are the grand finale to the awards season, the Golden Globes are a boozy rager where stars wine and dine, and viewers can get a hint of what’s to come for the ceremonies that follow (SAG Awards, BAFTAs, and various critics group’s awards). Although they differ, the Globes can still be significant predictors of the Oscars, because they air a few days prior to the end of Oscar voting, perhaps influencing the voters. So, here are the most important Golden Globe winners for 2019, and how these wins might play out in the Academy Awards.

In what was perhaps the most predetermined moment of the night, the “A Star Is Born” team won Best Song, their only trophy for the 2019 Globes. The combination of Lady Gaga’s “ohAhhhhAaaHAAAaaaAAAaaHAAAaaAaAAAAAAAAA” and the massive buzz surrounding this film meant that “Shallow” would come away with a Globe no matter how its performers fared in their individual award fights. The Gaga, Mark Ronson, Anthony Rossomando, and Andrew Wyatt team were charming both onstage and off, though Gaga’s speech was notably short, perhaps because she anticipated a larger moment for herself with the Best Actress award.

This is York’s Oscar Prediction: Shallow, “A Star Is Born”

Mahershala Ali was snubbed in 2016 by the Globes for his performance in “Moonlight,” so it was no surprise that slight was rectified this year. However, his role in “Green Book” has a chance of being overlooked at the Oscars because of the whirlwind of controversy that has arisen over the film. Critics have called it out for being a bundle of racial cliches, as well as not consulting with the family of the black musician Ali depicts. Writer/director Peter Farrelly has not helped the film’s standing as he was recently publicly chastised for an anti-Muslim tweet, and has been even more recently criticized for a “prank”, both of which reflect badly on the film’s chances. However, if anything from that film is going to be rewarded at the Oscars, Ali is a strong contender. Adam Driver remains a good bet for a nomination for his performance in “BlacKkKlansman, though he and Sam Elliott (A Star is Born) both have slim chances of winning the Oscar. Michael B. Jordan is the true wildcard in this race, as, while he missed a Globe nomination, remains a contender for the Oscars after his memorable turn as “Black Panther” villain Erik Killmonger.

Although Regina King took home the Golden Globe, she’s missed nominations at a few important ceremonies, lowering her chances of making it all the way to an Oscar win. However, she remains an obvious lock for a nomination in a star-studded category that may prove the most well-fought of the acting awards. Emma Stone and Rachel Weisz (The Favourite) are both shoe-in nominations, as are Amy Adams (Vice) and Claire Foy (First Man). This is truly a toss-up, one in which the Academy may well diverge from the Globes. Each performance noted is worthy, and each has a reasonable path to victory.

“Roma”, a Netflix-owned drama, took home two awards, including a Best Director Globe for Alfonso Cuaron. This was the second snub of the night for Bradley Cooper, who was thought to be the front runner in both his categories, but who ultimately left empty-handed. Cuaron looks to be the strongest contender in a field of stirring films, though Spike Lee (Black KkKlansman) will make for a deserving opponent. Lee will almost certainly get his first nomination for the real-life story of an African American cop’s undercover infiltration of the KKK, but Cuaron will likely edge him out. Ryan Coogler, though not a legitimate threat to Cuaron’s Oscar, may receive a nomination for “Black Panther”, perhaps in an effort by the Academy to give a nod to a film that has little chance of a Best Picture nomination.

Within the acting categories, predicting how the Golden Globes will affect the Oscars becomes a more difficult task due to the Globe’s split category system. Within this system there are two lead actress and actor categories, Lead Actress/Actor in a Drama and Lead Actress/Actor in a Musical or Comedy. Olivia Coleman won in the musical/comedy category for critic darling “The Favourite,” shouting out her co stars Emma Stone and Rachel Weisz (also nominated in the supporting category) as “My bitches!” during her speech. Coleman has a lock on at least an Oscar nomination, and has a legitimate path to victory as well. In the drama category Glenn Close beat out Lady Gaga in an unpredictable move from the HFPA, leaving Close visibly shocked as she made her way to the stage to deliver a rousing speech about female fulfillment and her journey to becoming a respected working actress. This speech, perhaps the most eloquent of the night, drew tears from stars such as Caitriona Balfe and had the entire room on its feet by the time she was finished. While Close’s win was certainly an interesting bump in the road for Lady Gaga, it is likely that the “A Star Is Born” actress will now redouble her efforts in her Oscar campaign in an effort to take the statue.

It was hard not smile as Rami Malek claimed his trophy at Sunday’s ceremony. He naturally radiates the kind of charisma that stars work to cultivate, coming across as a down-to-earth guy with a heart of gold.  Yet this came as a shock to viewers who were sure Bradley Cooper had it in the bag. That surprise was not mirrored in the Musical/Comedy category, however, as Christian Bale was a certain lock for his mind-boggling descent into the role of Dick Cheney. Malek’s win sets up an interesting fight for the Oscar, though his path to gold is shadowed by the spectre of bad reviews surrounding “Bohemian Rhapsody”. Bale has a more legitimate chance, as the Academy has shown a history of awarding transformative male performances, with Gary Oldman taking home the trophy for “Darkest Hour” last year and Eddie Redmayne winning for “Theory of Everything” in 2014. Not that this fact would take Malek out of the running, as he donned a now famous set of buck teeth and classic Freddie Stache for the role, but none of this comes close to the 45 pounds that made Bale completely disappear in “Vice”. In addition, Bale entertained audiences with his speech, his wife sitting on the edge of her seat as he thanked Satan for being an inspiration for the role and calling his children “Banana” and “Burrito”. Yet despite Bale’s evident appeal, there remains an outside chance that the Academy will throw Ethan Hawke a win for his raved-over performance in “First Reformed”.

The Globes again split this category in two, with “Green Book” taking the Musical/Comedy award and “Bohemian Rhapsody” providing the biggest surprise of the night by winning the Best Drama award. The Oscar will almost certainly go to another film altogether, as “Green Book”, as previously discussed, is receiving a load of bad press, and “Bohemian Rhapsody” will struggle against a spate of negative reviews as well as the tendency of the Academy to award auteur films over blockbusters. “Black Panther” will fight against that same predisposition, and though it maintains an outside chance at a nomination, the likelihood of a win is near zero. “A Star is Born” and “Roma” are perhaps the two most legitimate possibilities, but given the lavish praise that’s been heaped on Alfonso Cuaron’s moving tale, “Roma” looks to take home the most important prize at the Oscars.

This is York’s Oscar Prediction: “Roma”