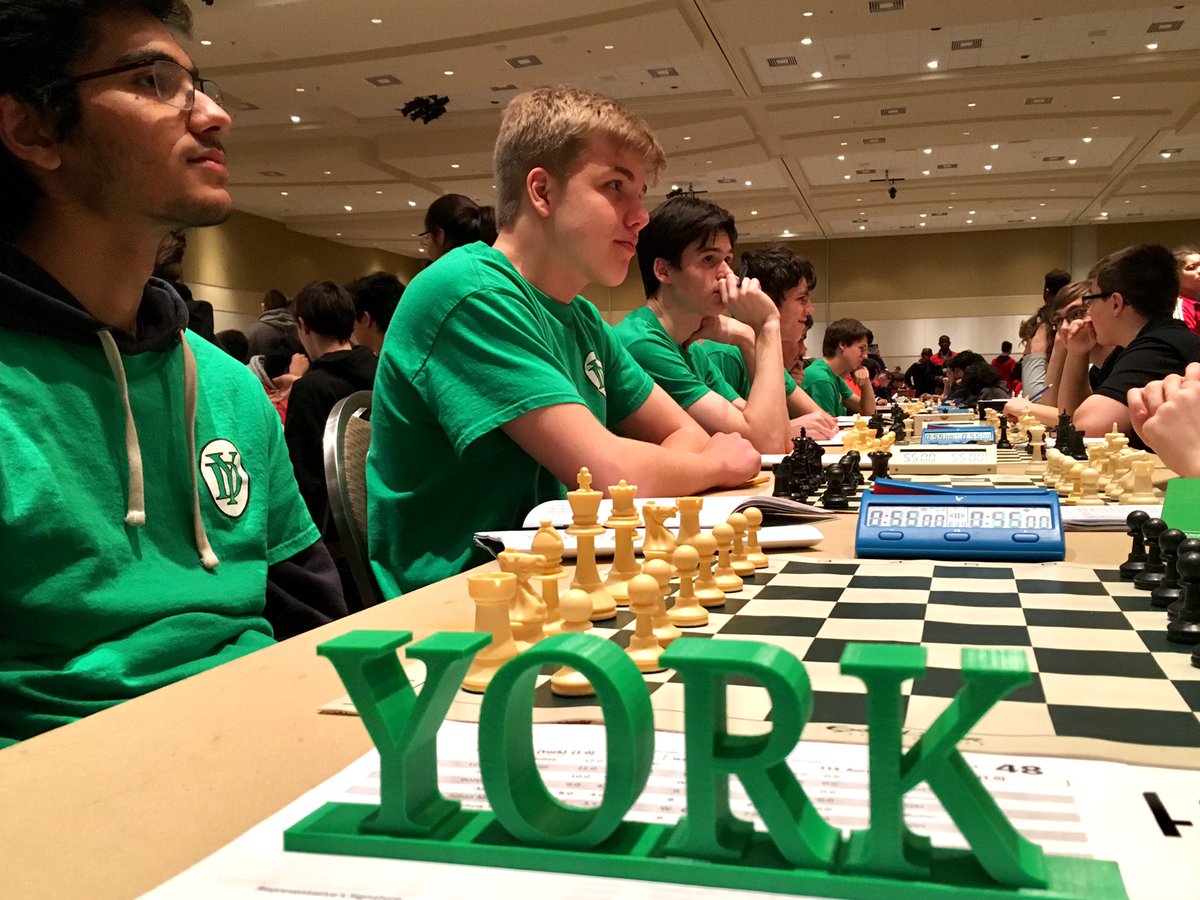 This weekend, York’s very own Chess Team made the trip down to the Peoria Civic Center to test their might against the best that Illinois has to offer. After successfully navigating their way through sectionals, the team had less than two weeks to prepare for the IHSA State Team Chess Tournament, where they would go head-to-head against 123 other teams. And for those of you who think they went down to Peoria to play a simple board game, think again! In the state tournament, chess is more like an intense battle of wit and strategy where you can’t let your mind slip for even a second.

“It’s really taxing,” senior Bozydar Kaszuba said. “It’s like a chess marathon. We end up playing seven separate games, and each one can last up to two hours!”

Obviously, with such long rounds and such high stakes, a lot of prep goes into competing at state. That means not just playing practice games at the bi-weekly team meetings. For some of the team members, that means eating, sleeping, and breathing chess.

“Recently Chess.com and LiveChess have been unblocked, so now I just play chess all the time,” senior Manu Mehta said. “At home, sometimes at school, whenever I get the chance.”

Last weekend, it was finally time to see if all that hard work would pay off. The team made the bus ride downstate after school on Thursday, allowing them to get plenty of rest before the competition. On Friday and Saturday, the Dukes played a combined 56 games of chess, each one more mentally exhausting than the last.

After a strong performance from our chess team, York ended up placing 68th in the state, a huge improvement from the previous year when they placed 109th. The best records belong to sophomore Aaron Taub and junior Leander Grasmeier who both went 4-3, senior Tristan Contant who went 4-2-1, and Metha who finished 5-2.

“If I’m white, I play the Queen’s Gambit,” Mehta said, discussing his favorite strategies. “And as black, I play the Pirc Defense. I’m usually more defensive, but I’ve been trying to play more aggressively.”

As the tournament ended, so did York Chess’s season. The state team members will finally get a break from the game and a chance to relax, but with such promising young members in the club, it’s a safe bet that the team is already thinking three steps ahead.