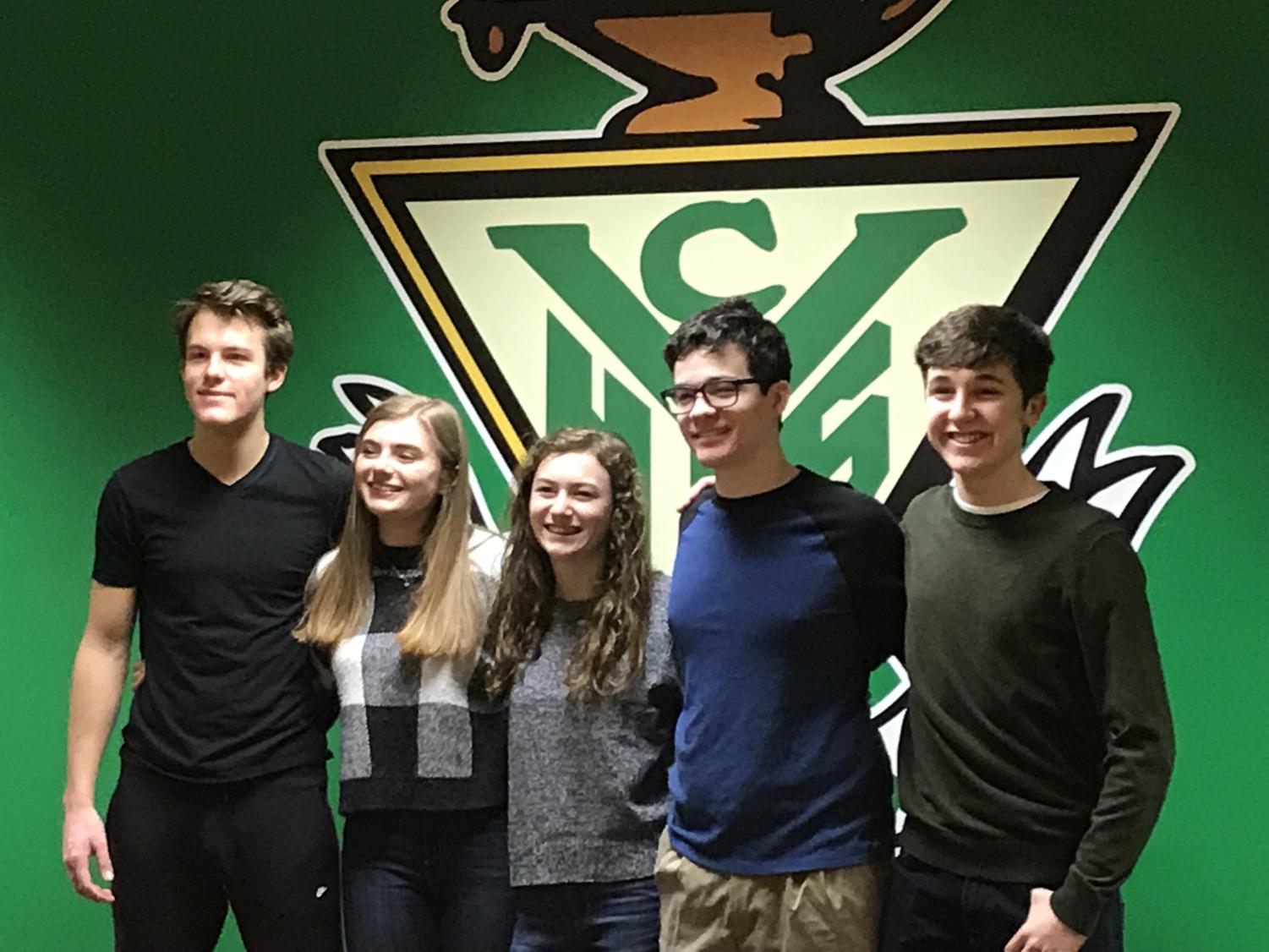 The team poses in the Yorker Room for a speech sendoff.

The team poses in the Yorker Room for a speech sendoff.

Speech Team sends qualifiers to Peoria to speak with the best

To qualify, the competitors had to rank among the top four at regionals and the top three at sectionals, competing in two preliminary rounds and one final round at each stage leading up to the state finals.

“It’s a long, grueling process where we have to be on the top of our games at each round,” senior team captain and competitor David Hansen said. “Even one off round can make the difference between performing at the state finals and watching from the sidelines.”

Friends and family of competitors took the scenic two and a half hour drive to support their York speech representatives, and were very excited to attend the competition.

“It was really cool to see kids from York compete at such a high level,” junior Sean Solem said. “It really gives the team a huge boost in confidence and some hunger to go out and have a lot of success next season. It’s cool to see some of my best friends be named top ten in the state, and I’m very proud of all of them. [It was a] really cool event, and I’m glad I attended.”

At a very competitive state championship, Hansen, along with Lee and Bindeman, placed seventh in their events out of around twenty competitors. Overall, the team was excited about the opportunity to show the state that York is continuing to grow into a force to be reckoned with on the speech stage.

“Being a competitor at state is such a big honor in itself, especially coming out of our highly competitive sectional,” junior Emily Walker said. “It means you have something really worthwhile to say, and is an amazing reward for an entire season of hard work.”