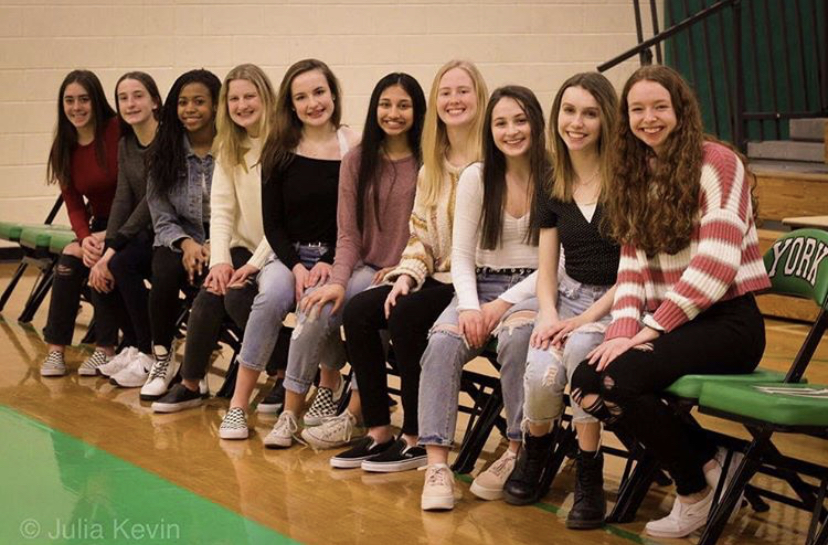 The entire sophomore basketball team before their last game of the season.

The entire sophomore basketball team before their last game of the season.

The sophomore basketball team finished out there season as conference champions, winning the game 26-3. Throughout their season the team played some incredible games and proved to their conference that they were the team to beat, and it all had to do with their bonding time off the court.

“In the beginning, it was hard for everyone to bond because we had a few freshmen on the team and we didn’t know them before the season started,” sophomore Sarah Kesslering said. “However, after our first team party, we were all best friends and talked to each other non-stop.”

As the season progressed, it was clear to see that the girls’ playing was improved just because of the increased amount of time they spent with each other off the court. It became easier for the girls to rely on each other to prevail on the court.

“I believe that there was a correlation between the bonding and the athleticism of the team,” sophomore and team manager Ellie Bernard said. “As the season progressed, the team became more cohesive and improved their teamwork due to the bonding that continued to occur throughout the season.”

From the day their season began, the girls made bonding with each other their number one priority. Though most of the sophomores had been playing with each other for years, welcoming two new freshmen onto the team was a new experience, but one they handled so well.

“It wasn’t awkward to get to know the girls on the team. They’re very funny and they would make fun of me in fun ways that made it easy to get to know them,” freshman Elizabeth King said. “We had these ‘Pasta Parties’ where everyone on the team would get together and we would just hang out and eat food and have fun. These parties definitely helped us bond more.”

Looking back on their season, the girls can safely say that their success was in part thanks to the incredible bond they built going into the season. The effort they put into being inseparable off the court helped them triumph against so many other schools in their conference and made this season one for the books.

“We were able to trust each other that much more, and trust is the foundation of a great basketball team,” sophomore Caitlin Maguire said. “Without a strong foundation, you can’t play well, so our success as a team definitely stems from our strong connection.”