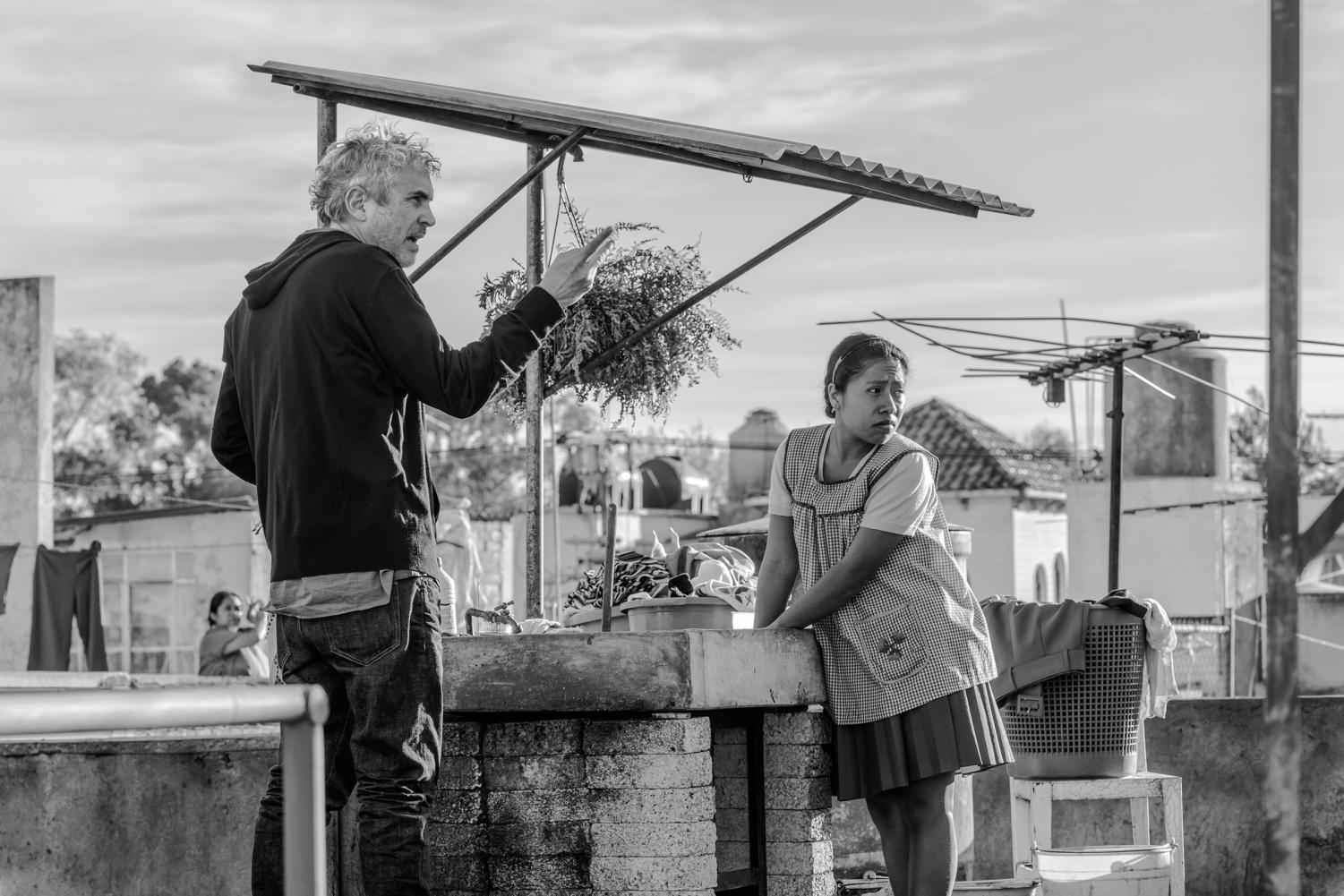 Bradley Cooper is going to cry, Trump will be mentioned at least thrice, and other Oscar predictions

It’s the Friday before the Oscars, which means that it’s time to cast your vote for who you believe will take home the gold trophies on Sun., Feb. 24. In a season full of upsets, surprises, and fulfilling wins, along with plenty of controversies about the ceremony itself, what happens Sunday night is truly anybody’s guess. Even the host doesn’t know what will happen! Oh wait…

Actor in a Leading Role

In a year of great performances, Rami Malek has always been the clear leader of the race. Despite Christian Bale’s well-publicized transformation for his role as the man-behind-the-curtain Dick Cheney in “Vice”, Malek has consistently stayed ahead of the pack with countless wins at ceremonies such as the Golden Globes, the BAFTAs, the SAG Awards, and other smaller regional awards ceremonies and critics groups. It’s unfortunate that Bradley Cooper has failed to garner more notice for his performance as the rugged country star Jackson Maine in his populist hit “A Star is Born”, but he’s too far behind in the race to pull ahead of Malek at this point.

What we want: Rami Malek

What we think will happen: Rami Malek

Actress in a Leading Role

At the start of this awards season, this Oscar was Lady Gaga’s to lose. And lose it she did. What should have been a march to victory for the pop-turned-movie star has become a far more contested race that looks to reward either Glenn Close (“The Wife”) or Olivia Colman (“The Favourite”). Melissa McCarthy stands no chance, despite her wonderful dramatic turn in Marielle Heller’s “Can You Ever Forgive Me?”, and Yalitza Aparicio likewise has slim chances of winning. Aparicio has won only one award thus far for her work (New Hollywood Actor from the Hollywood Film Awards) and though “Roma” is set to overcome the Academy’s hate for Netflix, Aparicio most likely will not.

What we all want: Lady Gaga

Actor in a Supporting Role

I love Adam Driver. I think he deserves an Oscar (and also, the entire world). However, with such a subdued performance, he is unlikely to take home the trophy. Sam Elliot has the same issue, as his work in “A Star is Born” is excellent, but is admittedly understated and similar to some of his past accomplishments. In addition, Mahershala Ali (“Green Book”) has won essentially every award this season and might as well just stand up before they finish opening the envelope. All signs point to him winning his second Oscar in just three years.

What we want more than anything in the world: Adam Driver

What we know will happen: Mahershala Ali

Actress in a Supporting Role

Regina King is the clear frontrunner in this category, and rightfully so. Especially because her movie, “If Beale Street Could Talk”, was wrongfully snubbed in both the Best Picture and Best Director category. Although both Rachel Weisz and Emma Stone are contenders for their roles in “The Favorite”, it’s likely that with the Oscar’s preferential balloting system they’ll split the vote and neither of them will come out on top. Although I have a soft spot for Marina De Tavira’s performance in “Roma”, similar to Aparicio, it’s more likely than not that she will not garner much support from Academy voters.

What we want: Emma Stone

What we think will happen: Regina King

There’s no contest here, “Spider-Man: Into the Spiderverse” has it in the proverbial web sac.

What we want: “Spider-Man: Into the Spiderverse”

What we think will happen: “Spider-Man: Into the Spiderverse”

“Roma” is a tour de force in cinematography. That’s why Alfonso Cuarón’s work easily earns him the award. The Academy attempted to make this category an afterthought in this year’s ceremony, originally suggesting that it should be relegated to a commercial break instead of being televised live. This move, however, prompted a resounding outcry from the industry at large, and the category will be given its due. One of the writers of this article also holds that if “Cold War” does not win, it will be a crime.

What we think will happen: “Roma”

This is another one of the awards that will make up part of “Roma”’s expected sweep. Cuaron has created a masterpiece, and he will be justly rewarded. Bradley Cooper attempted to mount a campaign for his work on “A Star is Born” but his snub sealed the deal on Cuaron’s win. To be fair, it’s a damn shame that Spike Lee will not be taking home this statue, but he doesn’t really stand a chance.

What I want: any woman to be nominated

What I think will happen: Alfonso Cuarón

There’s two paths that the Academy will take with awarding Foreign Language Film: either “Roma” or “Cold War”. With “Roma” likely to take home best picture, I have high hopes that “Cold War” will win, as it is an excellent film that deserves recognition. “Roma” will win enough on Oscars night, give this award to the other guy.

What we want: “Cold War”

What we think will happen: “Cold War”

“IF BEALE STREET COULD TALK” WAS HORRIFICALLY SNUBBED BY THE ACADEMY. GIVE NICHOLAS BRITELL THE ORIGINAL SCORE OSCAR, OR SO HELP ME. It is so beautiful. But haha obviously I’m fine with whatever outcome.

What we need: Nicholas Britell

What we think will happen: Nicholas Britell

Everyone is well into the deep end of “Shallow” fandom now, and if there’s anywhere “A Star is Born” is sure to shine, it’s with this Golden Globe and Grammy Award winning song.

What we want: “Shallow”

What we think will happen: “Shallow”

All rise for the Notorious RBG. And what a perfect time to reward a documentary about the force of nature woman Ruth Bader Ginsburg, who has just returned to the bench after a tumultuous battle with her health. It’s also a great film, and does an excellent job of showcasing the woman behind the robe and her journey to be our nation’s famous dissenter (as well as educating viewers on the workings of the Supreme Court).

What we think will happen: “RBG”

Although Adapted Screenplay is not exactly a nail biter during the awards season, as a big fan of adapting scripts, I’m incredibly invested in seeing how this category shakes out. I am a softie for “If Beale Street Could Talk”, expertly adapted from the stunning James Baldwin novel of the same title, but I’m also partial to “BlacKkKlansman”, Spike Lee’s revolutionary story of a black cop infiltrating the KKK. In addition, it is unlikely that Spike Lee will take home the Director trophy with Alfonso Cuarón in the mix, so the Academy would be wise to reward this film for its smart and impactful screenplay.

What we want: “If Beale Street Could Talk”

What we think will happen: “BlacKkKlansman”

The Original Screenplay category is packed this year, with both best picture nominees and smaller indie pieces vying for the top spot. “First Reformed”, the Ethan Hawke driven film that charmed critics across the country, was excellent, but failed to garner any other nominations. I believe that Yorgos Lanthimos’ inventive story of scandal and deceit, with three fantastic female lead characters, should (and likely will) win, especially with some unfavorable movies also in the race (“Green Book”, “Vice”). Here’s to hoping that “The Favourite” is also the Academy’s favorite.

What Ellie wants: “The Favourite”

What we think will happen: “The Favourite”

It’s going to be “Roma”, and here’s why: first of all, movies shrouded with controversy may have had success at other awards ceremonies, but it’s unlikely that this will continue, knocking “Bohemian Rhapsody” (Bryan Singer sexual assault allegations) and “Green Book” (white people solving racism) out of the race. While “Black Panther” and “A Star is Born” were both hits in the box office (and our hearts), they haven’t picked up the traction that we all hoped that they would this awards season. “Vice” wooed audiences when it came out late in the season, but the flashy piece quickly sizzled in the weeks following. While “BlacKkKlansman” and “The Favourite” are masterful films, they will likely be too stylistic to garner all the votes they will need to come out on top. This leaves the masterful and impactful “Roma”, ticking off all of the boxes that the Academy will look for when they are deciding what the best film of the year is: it’s moving, the acting is fantastic, and it’s a genuine celebration of great filmmaking. I would be more than happy to watch the team accept the award for their excellent film after what is guaranteed to be a night full of surprises. And if this and every other Oscars prediction article is wrong, blame the Academy’s hatred for streaming.

What we want: “Roma”

What we think will happen: “Roma”