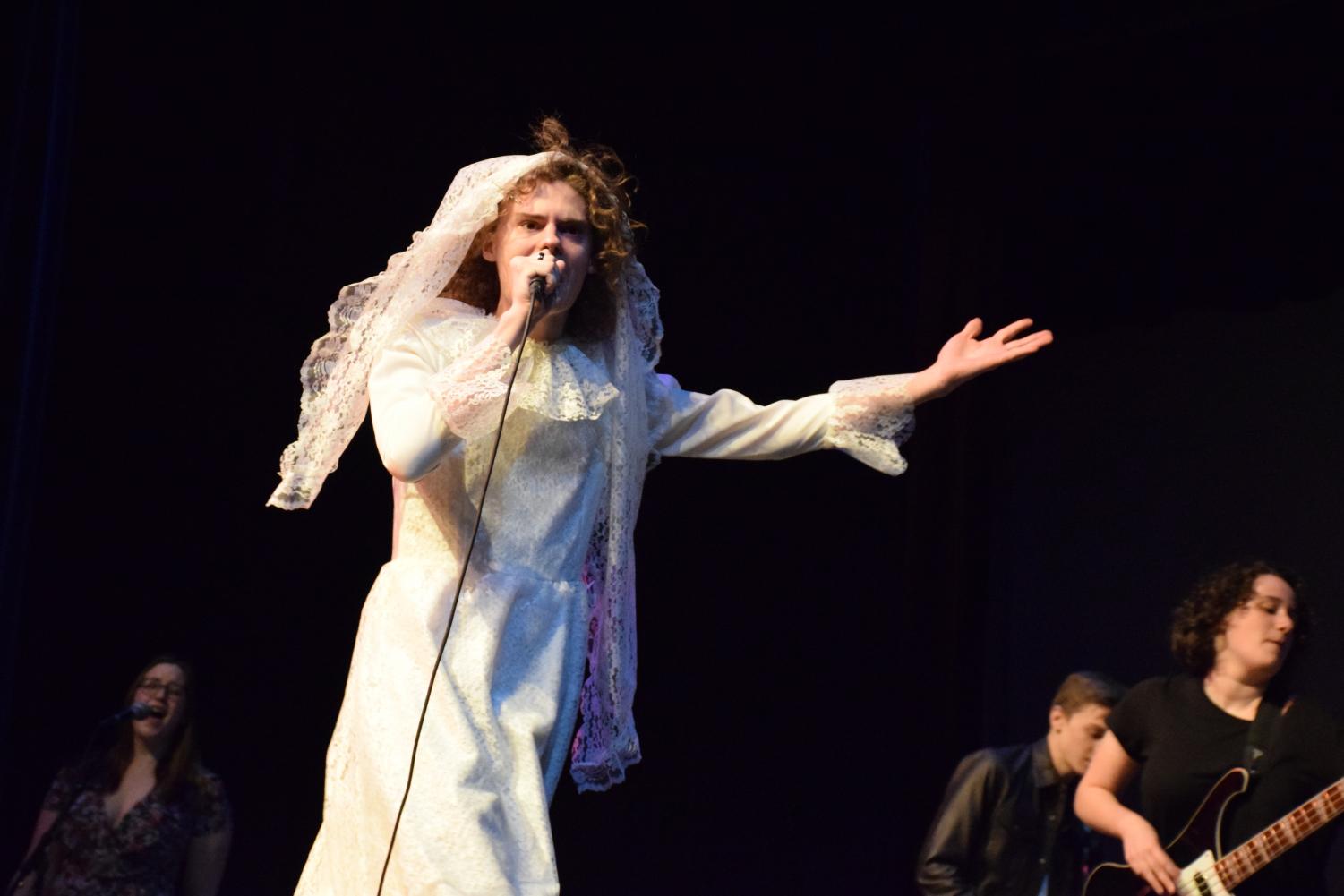 On this cold, grey Tuesday morning, students were met with Fine Arts festivities as soon as they walked in the door. The York Jazz Band serenaded students and teachers as they entered the building, kicking off another exciting day of performances. Tuesday’s lineup included the first day of talent shows, motivational speaking, art, and more engaging showings from a diverse array of musicians. Keep scrolling for a recap of the day!

The first day of York’s three excellent talent shows primarily featured music performances, with the exception of a dance routine choreographed by senior Abril Stoddard. The Tristan Contant Tentet opened up the show with jazz, and in accordance with York’s tradition, the jazz continued between acts from the house band. To read more about each individual act, click through the slideshow below! 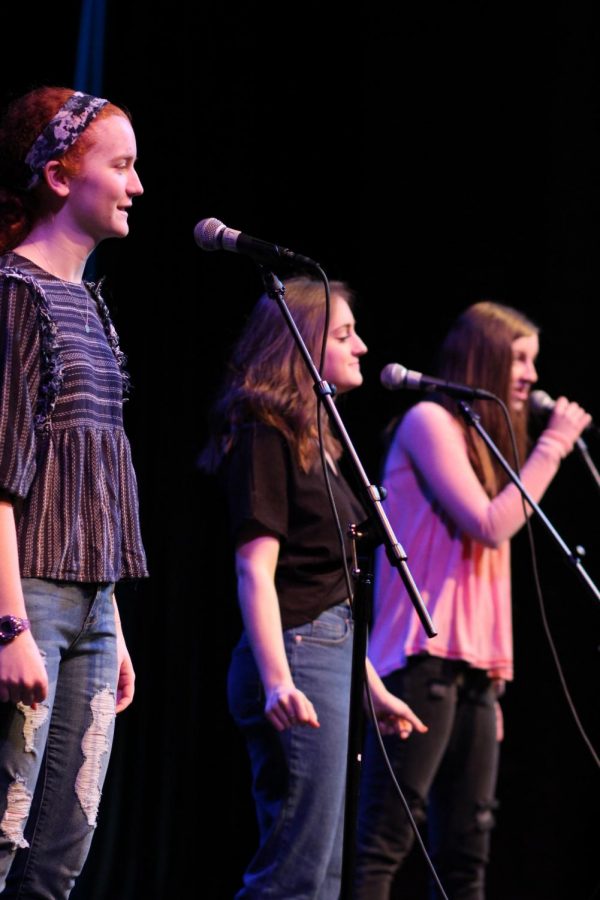 An Olympian is in the Building

John Coyle, a former speed skater and Olympic silver medalist, regaled York students with stories about his journey through athletic achievement. He talked about his experiences growing up as a speed skater, his education at Stanford, and the solo training that took him to national records in the US trials and an unofficial world record. “You’ll excel only by maximizing your strengths,” Coyle said. “Never by focusing on your weaknesses.” He passed around his silver medal for students to see, and left everyone listening with a new approach to help conquer their obstacles.

The York Art Fair swept into the Commons with a number of participatory exhibits for students to interact with. The fair featured pottery spinning, henna tattoos, jewelry making, adult coloring, face painting, and an origami station, among other activities. “I think it’s really cool that there’s tons of different types of art,” freshman Owen Espinosa said. “As an artist myself I get to see other people’s art and get to enjoy it.” Espinosa partook of the face painting station, and received a bright red Transformers design. He, along, with several other students, were happy to discover that the paint “won’t get off your face for the next few days.” All in all, the Art Fair left students with some lasting memories (and war paint). 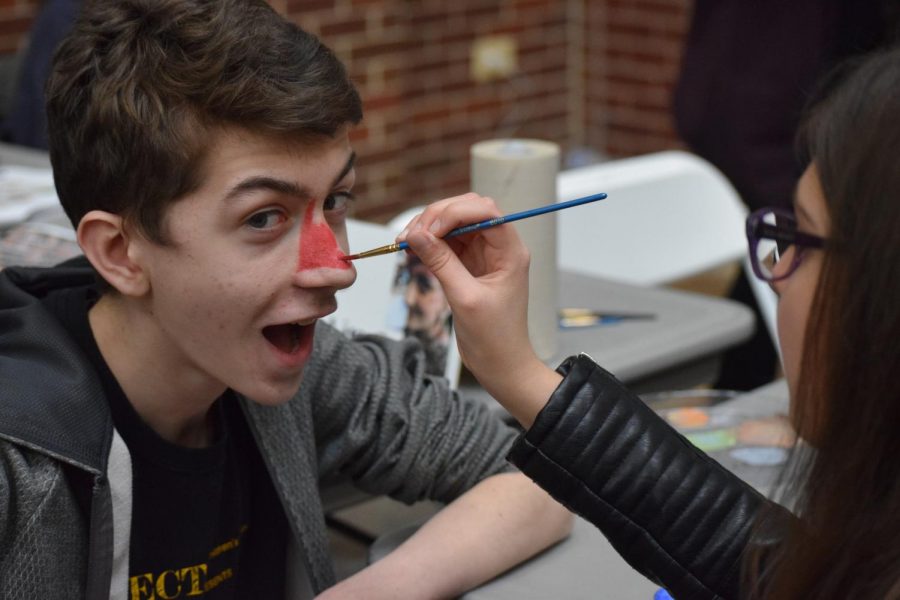 The Symposium, a psychedelic alternative band from Chicago, amazed and amused students on Tuesday. Their mellow, occasionally loopy approach made for a fun set, especially due to the lead singer, Charlie, reminiscing about his time spent at York. His best received comment was a shout out to one of York’s Italian teachers, Mrs. DelPercio, whom Charlie attended homecoming with when he was a student here. The band, in addition to their main stage show, led a discussion with music students about the group’s songwriting process. 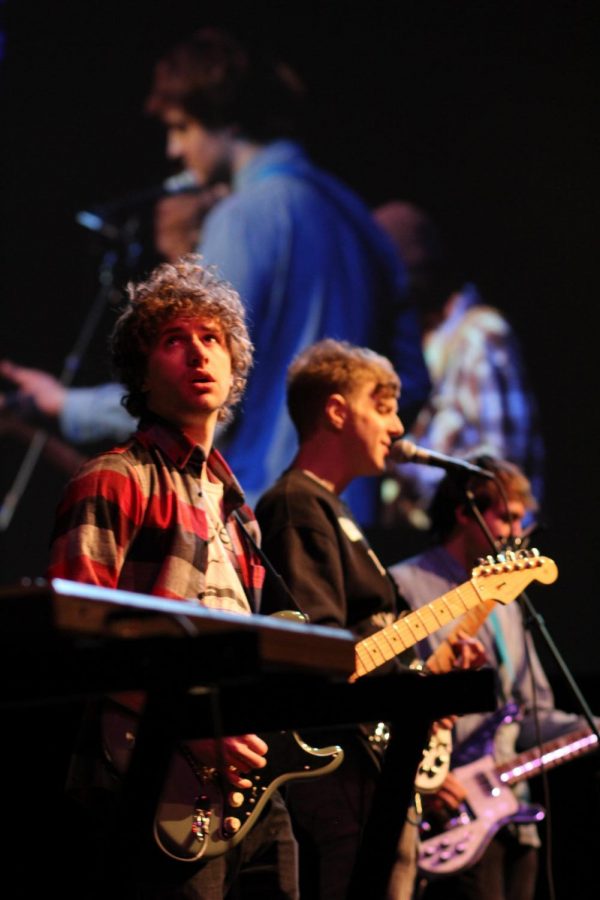