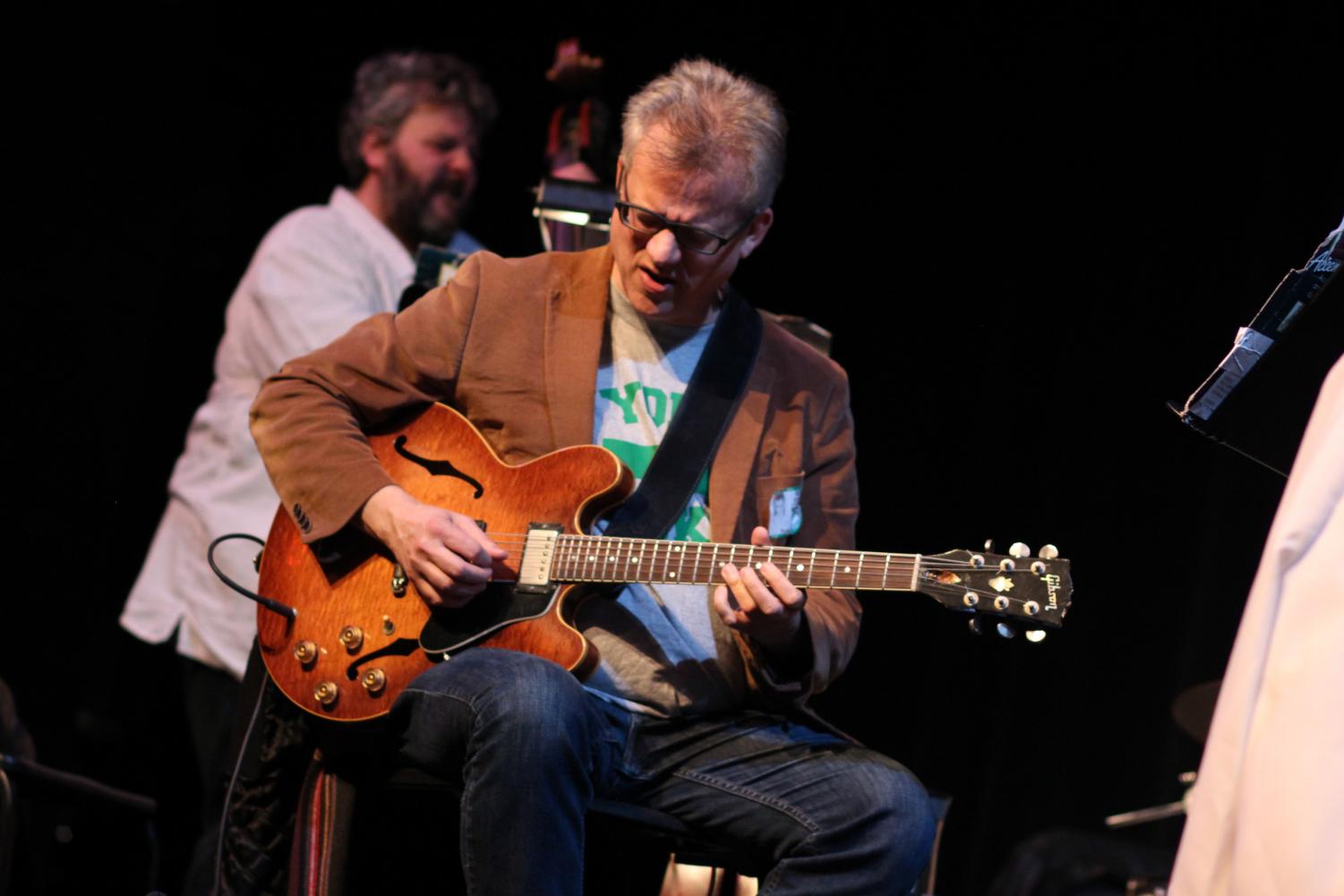 The York Percussion Ensemble kicked off the day in the auditorium, playing a variety of pieces for York students. The Cadet Band ensemble went first, followed by the Concert Band, both of which were conducted by York’s band directors, Mr. Riddle and Mr. Pavlik. A trio of seniors, Ben Airdo, Mollie Grasse, and Alex Waterwall, showed off a complicated piece, and the concert concluded with students playing steel drums in festive Hawaiian shirts. Mr. Riddle joined in for this number, playing the drum kit to accompany them. 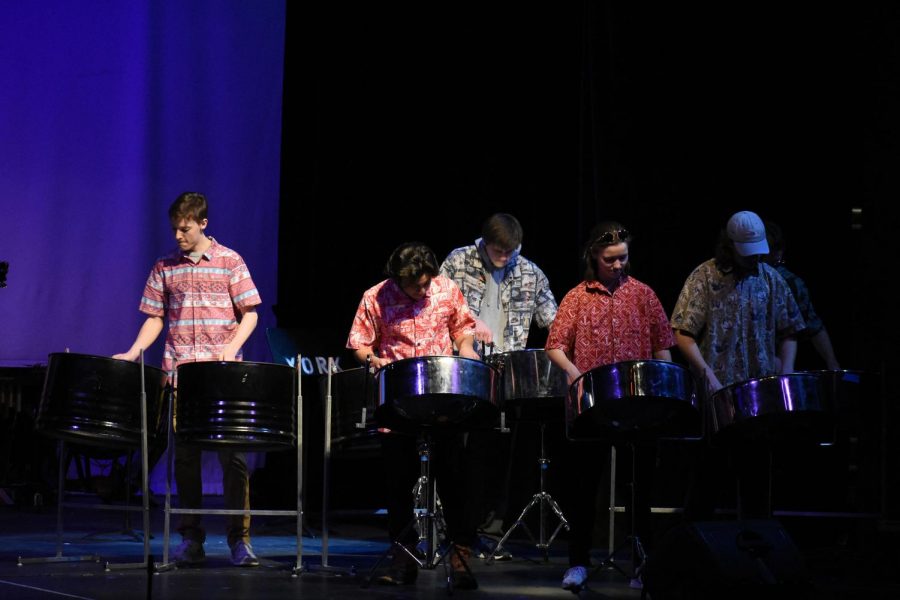 Gallery|6 Photos
The steel drum players all coordinated in festive Hawaiian shirts, reflecting the tropic feel of the music they played. Photo by David Imundo.

The Model Citizens Big Band, a Chicago based 15-piece jazz ensemble, really worked the crowd, and soon students were cheering for their set. Brian O’Hern, the arranger of all of their music and the front man of their group, was a particular hit with the York audience. He bopped and wove around the stage, directing the band and occasionally taking up maracas to keep the beat. The band played several jazz pieces, along with a fun take on Blondie’s “One Way or Another.” “Brian O’Hern… one of the most entertaining performers I’ve seen in my entire life,” said junior Sean Solem. “He really is a quality performer and really just sold the performance.” 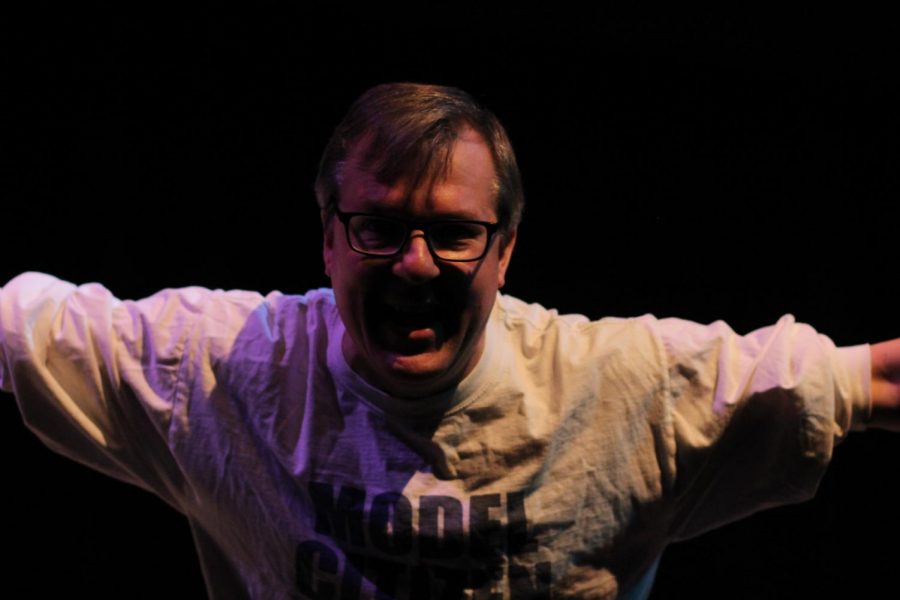 Gallery|8 Photos
The frontman of Model Citizens had an enthusiastic energy that kept students engaged throughout the set. Photo by Maddy McGreal.

Heidi Kay Begay, a flutist and teacher from Texas, traveled all the way to Elmhurst for Fine Arts Week. She conducted two seminars for students. One, a presentation reserved primarily for members of the York band, concerned proper technique for flutists. The other, still directed mainly at music students, discussed paths to creating a career in music. Begay is the star and producer of a podcast titled Flute 360, on which she discusses “flute-related topics… for the modern flutist.” She had a lot of advice for York’s students, much of it about how to branch out in the music industry. “If you don’t mind being creative and stepping into different roles, you’re going to be fine,” Begay said. “For me, that different role was podcasting.” 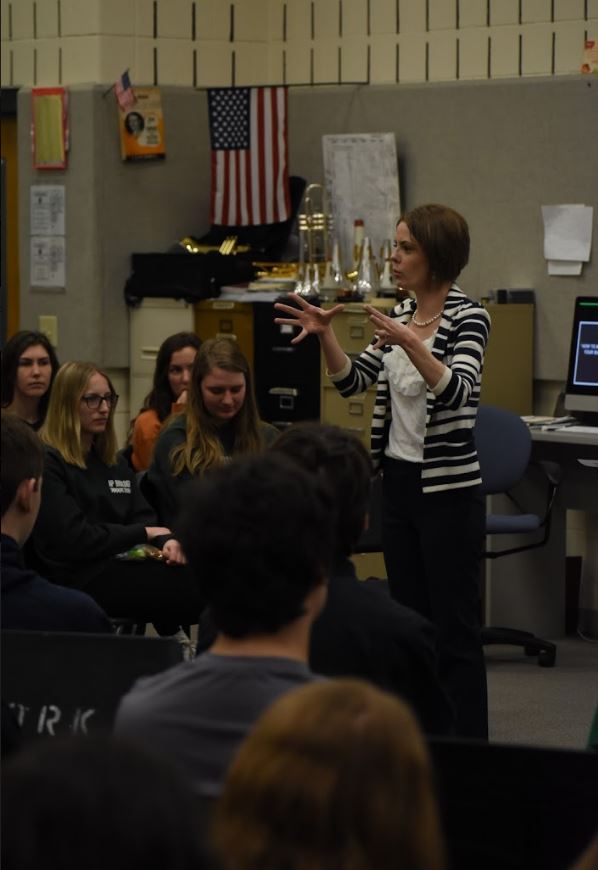 Gallery|2 Photos
Ryan, Ellie
Heidi Kay Begay gave two separate presentations; one was specifically geared towards flutists, and the other was for anyone hoping to have a career in music. Photo by David Imundo.

A Capella and Jazz Unite

The York A Capella Choir and the Jazz Ensemble finished off the third day of Fine Arts Week with a combined concert in the auditorium. A Capella ran through their set of pop songs, featuring seniors Bridey Costello, Helena Koczur, Wilke Macariola, Jake Rehling, and Kate Gehrke on solos. They were followed by the Jazz Ensemble, which played a variety of jazz standards, giving the opportunity for students to improvise solos. Among others, seniors Ben Pavlik, Tristan Contant, and Eddie Ryan soloed. Junior Mason Lampa sang with the group, but didn’t break out his scatting skills for this concert. 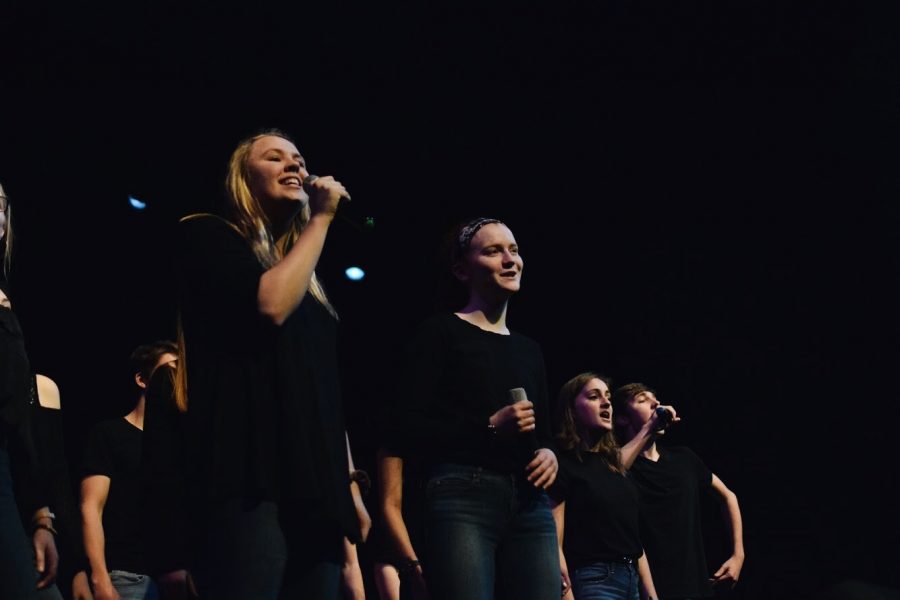 Gallery|15 Photos
Seniors Helena Koczur and Bridey Costello solo on Lady Gaga's "You and I". Photo by Parker Mahoney.