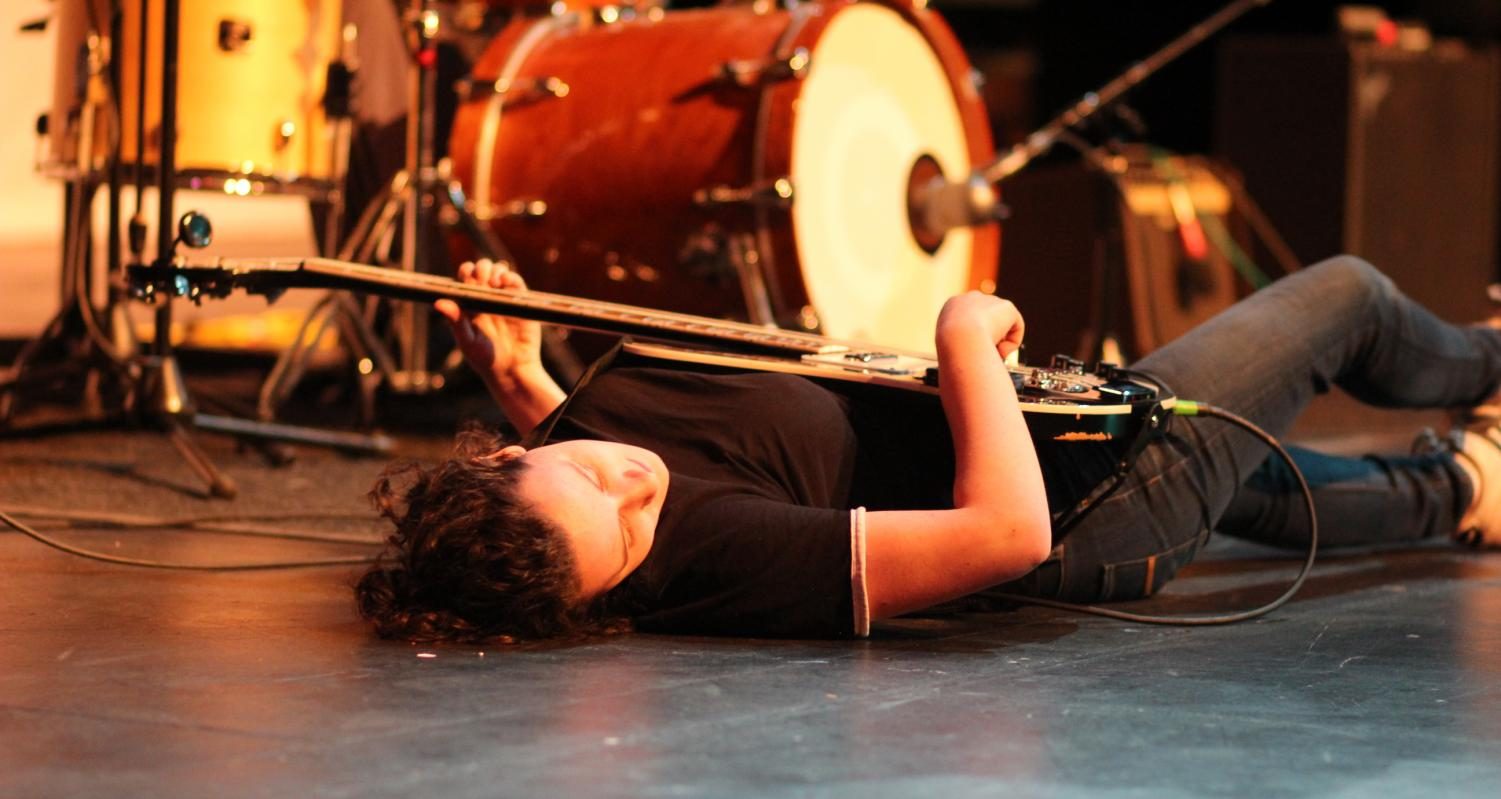 Senior Maya Toffler chills out on the ground during her performance with senior Ben Pavlik. Photo by Maddy McGreal.

Senior Maya Toffler chills out on the ground during her performance with senior Ben Pavlik. Photo by Maddy McGreal.

The second talent show started the day off right, with a slate of all-original student works. The musical performances ranged from indie pop to rock, with the memorable non-musical interjection of senior David Hansen, who reprised his role as York’s resident comedian. Hansen took the administration to task for their disapproval of the “Senior Assassin” game, and brought students to a roar for his jab at the business department. “I definitely prefer sharing my original stuff,” said Hansen about what he’s enjoyed performing this week. “It’s cool sharing with York what I’ve done, and what I’ve created.” The house band continued their inter-act performances, although at the top of the show they were left a little short-staffed as half their members were involved in acts. 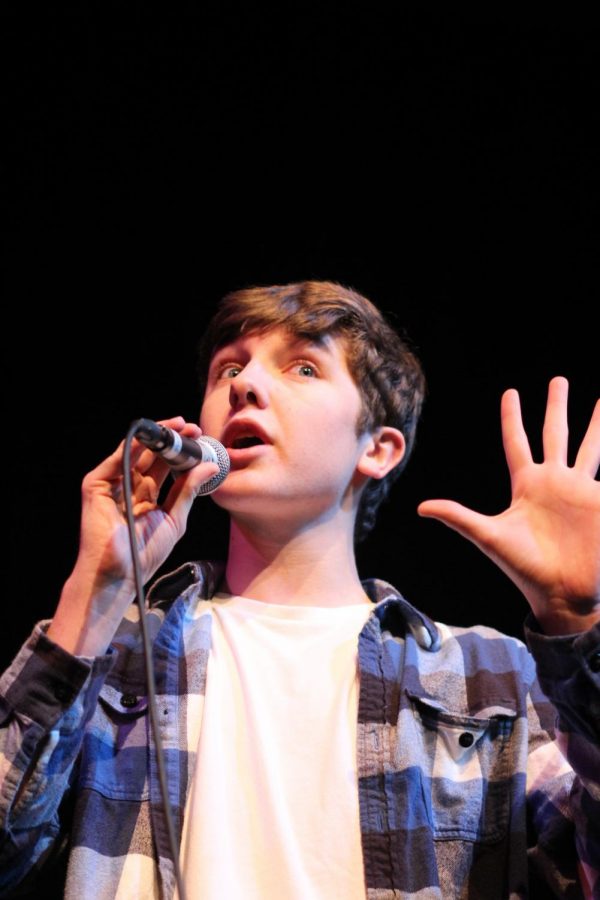 Dan Konopka, the drum player for the popular music group OK Go and a York graduate, returned to York to talk about his work in the music business. Konopka discussed his life after high school, how OK Go became a phenomenon, and what goes into making the highly inventive music videos the group is known for. Students were given the opportunity to ask Konopka questions about his life and experience, and were shown two of the more famous videos that OK Go has created. York students were left with a new appreciation for the extravagant production and design that goes into each video.

Students packed into the crowded band room to learn from Dave Derkowski, father of Julia and Lauren  Derkowski, about his life in the music business. Working his way through the ranks of Warner Bros. Records, Derkowski now works in radio marketing production at the same company. As well as sharing entertaining stories about his unique job, he played music from the artists that he’s worked with, including Lil Pump, Dan & Shay, the Red Hot Chili Peppers, Macklemore, Green Day, Jason Derulo, Michael Buble, and many more.

York’s advanced dancers shook up the black box theater with a wide variety of pieces, all showing off the impressive work and dedication of York’s dance program. Both Mrs. Jensen and Mrs. Sapozhnikov teach a period of Advanced Dance, York’s highest level dance class, and both choreographed unique pieces for their students. The first piece was choreographed to the song “Mystery of Love” by Sufjan Stevens, and dancers moved around chairs that transformed the space and their movements. Sapozhnikov also choreographed a piece in the style of the popular 20s dance the Charleston, comparing it to the floss. Jensen choreographed her two pieces to the song “Green Onions” featuring interesting, rhythmic movements, as well as a moving tribute to loss in the piece “Unchained Melody”. The performance also featured a student choreographed piece by Johanna Menden, a freshman member of the YDC ensemble. For more dance, YDC will be hosting their concert Tuesday night at 7:30. 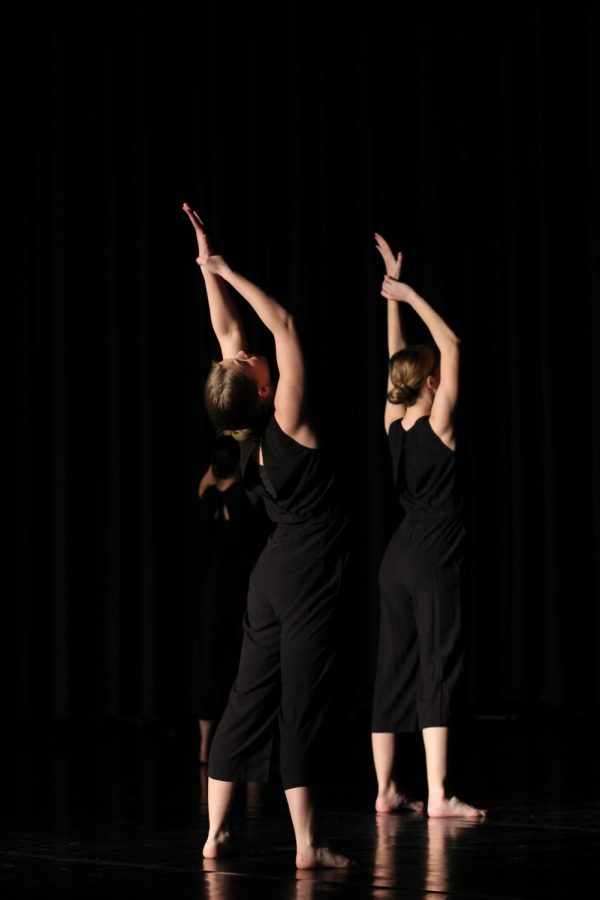 The Gretsch Guitar Ensemble, an Elmhurst college jazz group, serenaded York students for the latter half of the day. The Ensemble included five guitar players, two percussion players, a bass player, and a pianist. They played under the direction of Mike Pinto, a jazz teacher and composer. Several of the works presented were student-arranged, including a “screlted” love song, “Nora.” The rest of the music was easy listening, filled with improvisational sections from the various players. 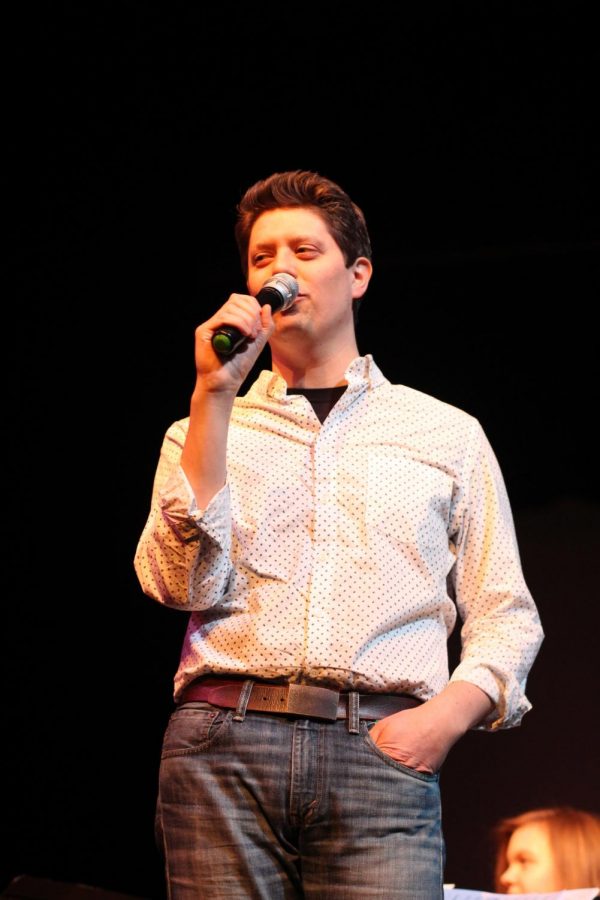 Gallery|4 Photos
The head of the electric guitar ensemble, Mike Pinto, introduces the group's next number. Photo by Maddy McGreal.