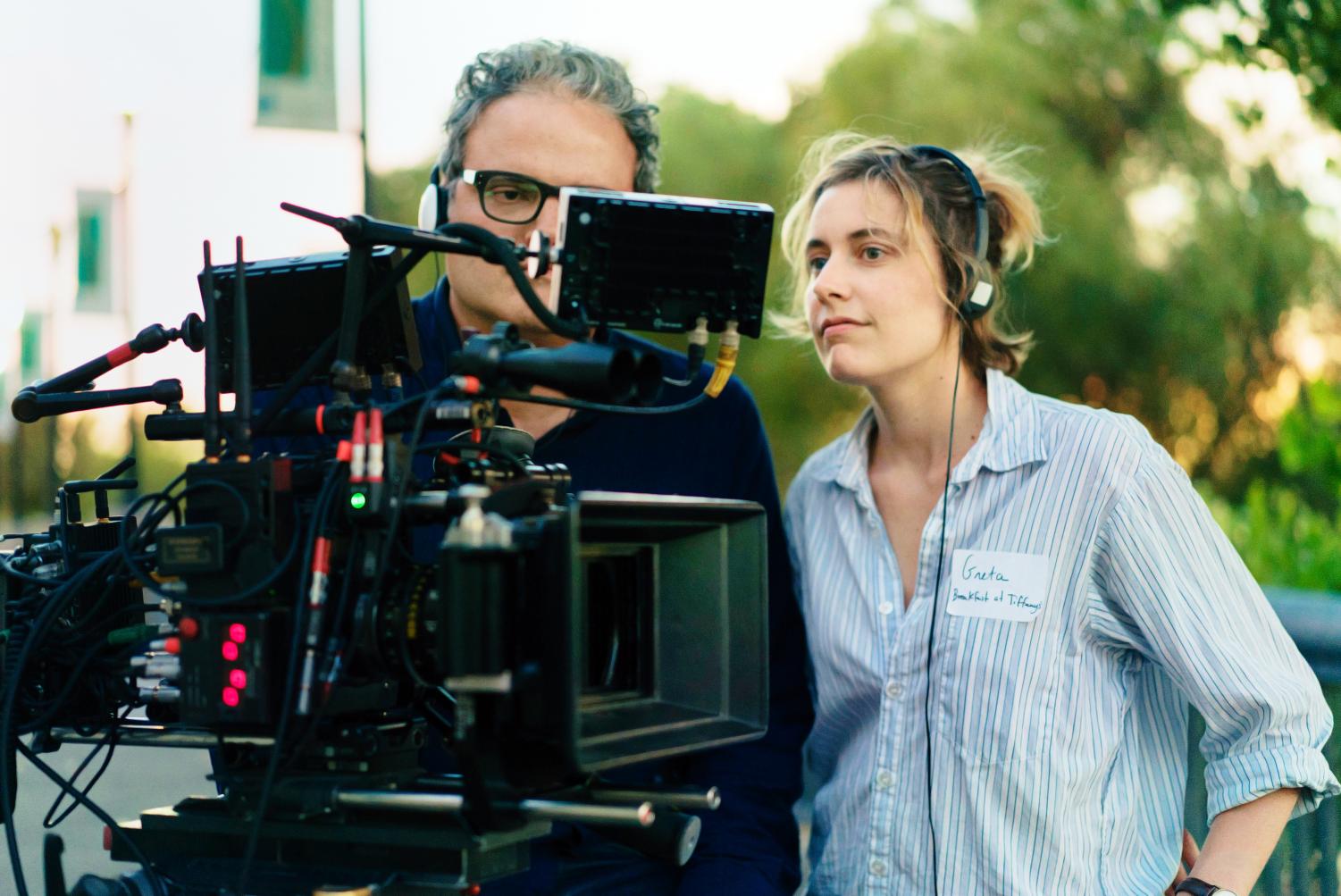 Greta Gerwig on the set on “Lady Bird”. Photo courtesy of The Wrap.

Greta Gerwig on the set on “Lady Bird”. Photo courtesy of The Wrap.

We need more women behind the camera

Today, on International Women’s Day, “Captain Marvel” is officially released in theaters, marking Marvel’s first female-led superhero movie, along with the first film in their franchise directed by a woman (Anna Boden, along with her filmmaking collaborator Ryan Fleck). This is a (super) welcome change from most movie credits. White names roll down a black screen, and the same thing is almost always true: the director is a man. Every single movie in the Star Wars franchise. Every single movie that was nominated for Best Picture and every nominee for Best Director at this year’s Oscars.

This first came to my attention during the Oscars race last year, when Greta Gerwig was praised by critics for her solo directorial debut “Lady Bird”. Gerwig had previously acted and co-directed films such as “Frances Ha” and “Mistress America”, and wrote “Lady Bird” as a semi-autobiographical look at her own high school experience. The film, which tells the story of a teenage girl in her senior year at a Catholic high school in Sacramento, resonated with me on a level that I had yet to experience in my many years as a faithful moviegoer.

When Gerwig was nominated for a well deserved directorial Oscar, she became one of only five female directors to be noticed for their work by the Academy Awards over a span of 91 years. These five women are Lina Wertmüller (“Seven Beauties”), Jane Campion (“The Piano”), Sofia Coppola (“Lost in Translation”), Kathryn Bigelow (“The Hurt Locker”), and Greta Gerwig (“Lady Bird”). Bigelow is the only woman who’s taken home a statue, and the lineup does not include any women of color. This fact reveals an unfortunate discrepancy in the way that both the cinema-going audience and the film industry values female directorial work, with many films created by women unrecognized over the years.

Despite Gerwig’s historic feat and all the discussion surrounding the need for more representation in Hollywood, from 2007 to 2018 a slim 4% of the directors of the top 1,200 grossing films were directed by women (as cited by the Center for the Study of Women in Television and Film). This statistic has been cited by actresses like Rachel Brosnahan and Tess Thompson, who are both making a “commitment to work with a female director on a feature film in the next 18 months”.

It’s ironic, then, that in its earliest years Hollywood used to be run by women. Women like Mary Pickford and Mae West directed and wrote films, owned their own production companies, and starred in the films they created. In film critic Alicia Malone’s book “Backwards and in Heels,” she showcases these women along with others and describes their contribution to the film industry, such as the woman who was the first person to be credited on a film as a “Film Editor”. However, this completely shifted during the Great Depression, as Hollywood transitioned into a business organization and women, deemed unfit for the business arena, were pushed to the side.

Over the next hundred years, Hollywood became a boy’s club. Women became supporting characters in both films and film creation, necessitating action by women like Alison Bechdel. Bechdel stepped up to criticize female portrayal in works of fiction by creating a test that measured their representation within a certain work. For a film to pass the Bechdel test, it must pass two requirements: 1. There must be a scene in which two women talk about something other than a man and 2. At least two women must be named. In 2018, films such as “A Star is Born,” “Ant-Man and the Wasp,” and “Crazy Rich Asians” passed this test, while films such as “Bohemian Rhapsody,” “Deadpool 2,” and “Green Book” did not.

DC’s “Wonder Woman”, directed by Patty Jenkins, was both a triumph for the DC studio and a triumph for female directors, Jenkins’s film opening to overwhelmingly positive reviews from critics and impressive box office numbers. Representation within superhero movies has proven to be vital, especially with films like “Black Panther” and “Wonder Woman” opening the genre up to a larger audience. These films don’t just give women and people of color supporting roles, they allow them to save the day.

Along with the issue of representation, the male gaze has often plagued the art of film. In 1975, Laura Mulvey introduced the idea of the male gaze in her essay titled “Visual Pleasure and Narrative Cinema”. In this essay she introduces the idea of the “male gaze” in film, or “the way the unconscious of patriarchal society has structured film form”. In superhero movies women are put in tiny shorts, like Margot Robbie’s infamous short shorts that she wore in 2016’s “Suicide Squad.” In a scene where she’s changing, the camera angles are overly gratuitous, with closeups of her bra and her shorts as an army of men look on.

This sexualization of the actress was continued in an extremely strange Vanity Fair profile that described her physical attributes whilst also comparing her to her home country of Australia, as well as asking extremely uncomfortable questions about the sex scenes within her films. Robbie later addressed the interview in a discussion with The Project’s Carrie Bickmore: “I remember thinking, ‘That was a really odd interview, I don’t know how that’s going to come out.’ And then when I read it, I was like, ‘Yeah, the tone of this is really weird – like, I don’t really know what he’s trying to get at or play at’.” While nudity has a place within films, its place should not be to fantasize and sexualize women.

I love movies, and I love movies directed by both men and women. I was in awe at Christopher Nolan’s “Dunkirk” and Luca Guadagnino’s “Call Me By Your Name” last season, but seeing such a masterfully created film that told a story like mine from a perspective like mine in Greta Gerwig’s “Lady Bird” was a life changing experience for me. In the same way that representation is crucial within the films, it is also crucial within film creation. With more female directors making films about women, we can encourage more women to create films that will inspire further generations.