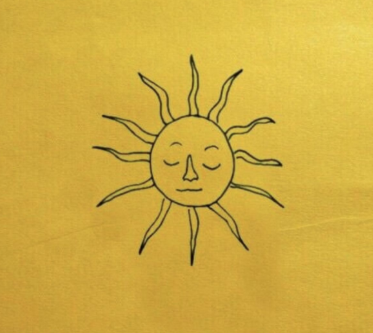 What time is it? Summer time! Give yourself a vacation.

Summer School at York is changing, and Dukes should embrace that

At the time I started writing this, there were 101 days, 15 hours, 47 minutes, and 22 seconds left until May 24th—the, admittedly tentative, last day of school and, more importantly, beginning of summer. After spending five days a week obeying bells, obsessing over tenths of a percentage point on my grades, scheduling every hour of my life, and burning a candle at both ends, summer is comparatively the oasis of freedom and exploration.

I know I’m not alone, nearly two-thirds of York Students report knowingly overscheduling themselves. Because of this, I’ve developed a strong affinity for summer. It’s the time I have to get involved in something that grows my passions. More importantly, do anything but school requirements for numerical grades as a reward.

So enter my unpopular opinion: summer school is more problematic than positive.

This isn’t an attack on D205. I think the resources and funds diverted to credit summer courses speaks to the vast attention and devotion this district gives its students in order to help them succeed. In fact, kudos to York for restricting Summer School offerings for rising freshman by eliminating World Studies and, a few years ago, Biology as summer courses. While there may have been murmurs of rioting amongst some parents, I think it speaks volumes about York’s value of education to insist that critical information, which one uses throughout life, deserves more than being squeezed into a shunned summer. York’s summer school philosophy is morphing for the better.

“We talked to the district about why we want kids to take summer school,” assistant principal Ryan Doherty said. “Summer, spring break and winter break—those are the times that everyone’s supposed to say ‘ok, I’ve got to refresh’. We want summer school to be a time to either get to know York, find a passion that you can’t take during the school year and try it out, or to take something that will help prepare you.”

Rather, this is a reflection on the system of education that seems to be demanding more and more out of students. Packing as much as possible into these four years is idolized. There’s a difference between healthy high achieving and dangerously high achieving. We’re walking a thin line.

This is double the rates of 30 years ago.

Psychologist Madeline Levine, like many mental health professionals and educators, has been increasingly alarmed by the compiling stressors on students. She has spoken out specifically warning against the notion of taking summer courses to get ahead.

“Growing up has a whole bunch of developmental tasks, only one of which is getting into your first-choice school,” Levine said to the New York Times.

The New York times found what they believe to be the underlying cause of taking summer courses to get ahead, which is increasing in popularity despite the cautions of mental health professionals.

“The demand is driven, at least in part, by students’ belief that they need to accumulate Advanced Placement classes to impress top colleges,” the New York Times wrote in a 2016 article entitled Taking Summer School to Get Ahead, Not Catch Up.

This seemingly insatiable demand for more prestigious courses in high school shouldn’t be the idol you sacrifice your summer to.

“The joy of learning or catching up so that you feel more confident during the school year is how we should start seeing summer school,” Doherty said. “Not ‘this is my way to jam in more classes.’”

Even some of the nation’s most prestigious high schools are alarmed by the summer school trend. The Horace Mann School was ranked the second best secondary school in the nation by Forbes in 2010. Yet despite (or maybe because of) it’s academic prestige, in 2016, even summer school director Caroline Bartels was hoping students would opt not to pursue summer school.

“If there is anything else you can do this summer, do it,” Bartles said.

For kids at rigorous schools like York, I have no doubt in my mind all of us have been stressed and pressured for a good portion of the school year, and for good reason. The competitiveness in the past few decades has been pushing us to our breaking point. According to Priceonomics, over the past 12 years, 49 of the top 51 undergraduate institutions have become more selective. And not by small margins, University of Chicago admission rates have fallen 81.1 percent.

There’s no doubt the pressure is on for students. We’re racing to have one more AP and fifty more SAT points in an impossible trend towards what College Board Senior VP calls a “race towards more and more”.

While we can’t take down the system, I hope that we give ourselves a break from it all. So, to you two-thirds of Dukes who overschedule yourselves, if you won’t let yourself focus on you and your well being during the school year, then please take summer for yourself and not the everyday, mind numbing routine of school. You owe yourself that.