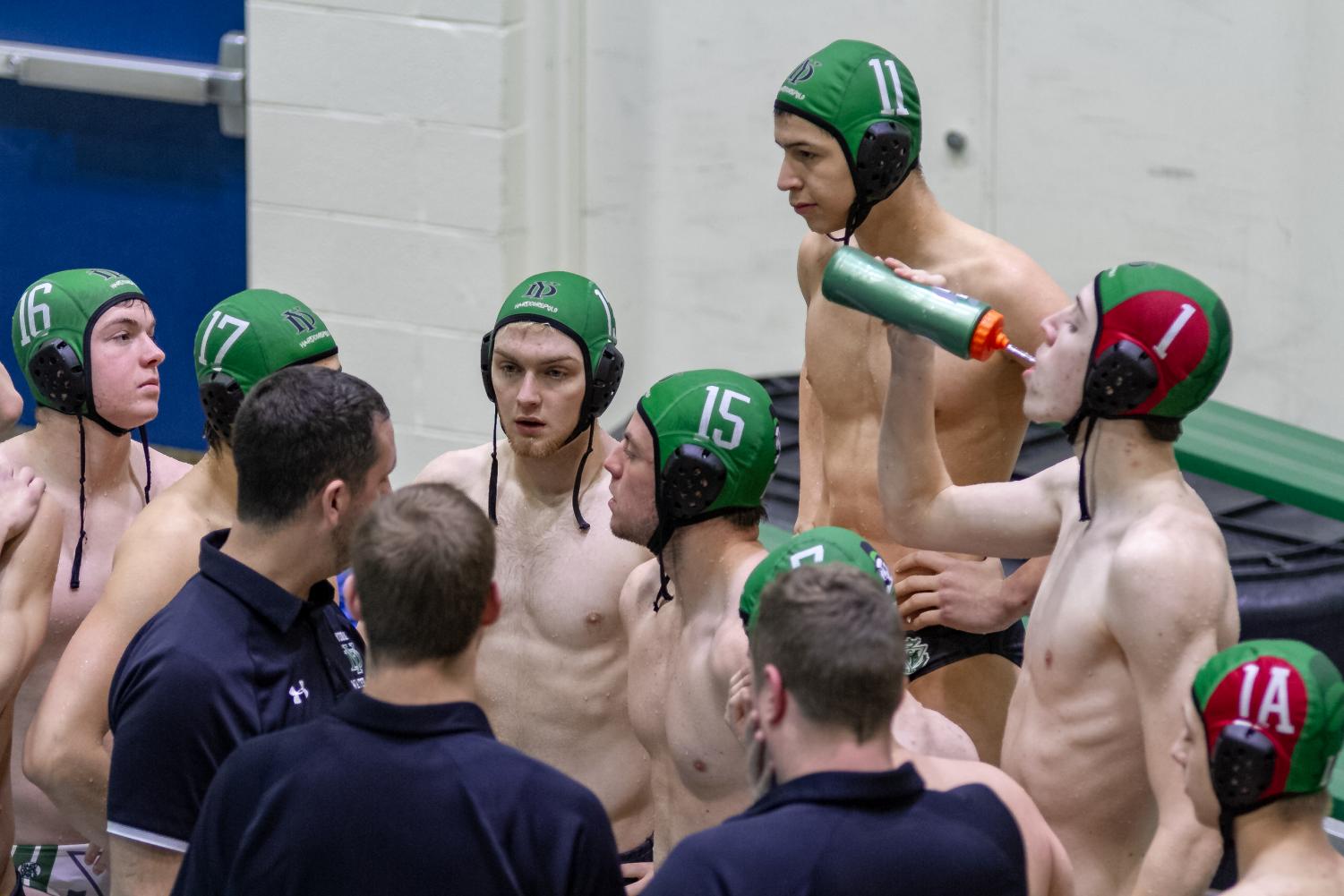 Entering the sectional playoffs after finishing second in the West Suburban Conference, the Dukes Water Polo team was fired up to finally get the matchups they’ve had their eyes on all season.

In their first game, the Dukes faced a 6-6 Amundsen team that stood no chance of pulling off an upset. The Dukes took the game by a score of 17-5 and turned their focus to their next matchup against conference rival, Oak Park-River Forest. A team that finished 12-16 overall and fourth in the WSC, the Dukes were able to repeat what they had done earlier in the year by defeating the Huskies 13-8. In the end, it was the top-ranked (30-3) Fenwick Friars who put an end to the Dukes season by a score of 13-8, a game the team had marked on their calendars all season.

“The goal for us was every day we will try to improve and by May hopefully be in a place where we can beat Fenwick at their place,” head coach Brian Drumm said. “Fenwick has knocked us out in the sectional round the last two seasons and was the team we were looking to get past this season.” 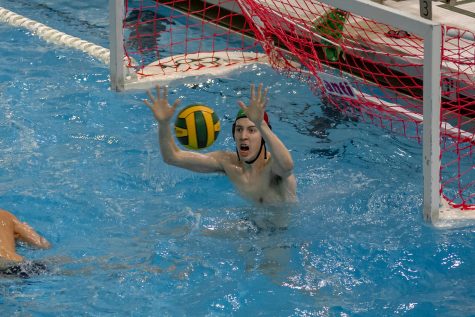 Photo courtesy of Stuart Rodgers Photography
Senior goalie Robbie Lothian makes a save during a home game earlier this season.

The team finished with an overall record of 23-9, which includes a conference record of 4-1. Their one conference loss came to a 27-4 Lyons Township team that ended up winning the conference, going 5-0 against the rest of the West Suburban Conference.

“Some important games for us were senior night against Neuqua Valley and our conference tournament at the beginning of the month,” junior Michael McKenna said. “This year I am busting my butt even harder in practice now, being a junior, I am an upperclassman on varsity and am in a leadership position. I’m just working that much harder to be the best player I can be and as a team, we are trying to gain great team chemistry.”

On April 12 and 13, York took third place in the Naperville Central tournament going 3-1. They dominated their first day of play beating Buffalo Grove by a score of 14-6 and then continuing to beat Lincoln-Way Central 18-9. They went on to drop a game to host Naperville Central 11-5 and finish with a win over Mundelein 10-8. The team was able to prove they are legitimate as their only loss came against a Naperville Central team that is currently ranked second in the state. Following the tournament, the Dukes were ranked 11th in the state by illpolo.com with just four games remaining on their schedule before the conference tournament.

“We haven’t beat LT since Coach Drumm has been here, so they are always a key game for us,” junior Liam Enright said. “Having knocked us out twice in recent years, Fenwick is a team that always gets us going. I know that we have the potential to be a good team.”

After the sectional tournament concluded, the team was able to surpass their record of 20-12 (4-1 in conference) from last season, which was one of the teams’ goals coming into the year. 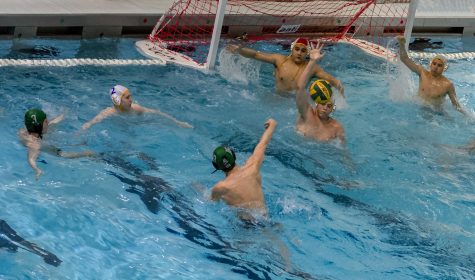 Photo courtesy of Stuart Rodgers Photography
Sophomore Jacob Dunlap puts up a shot through his defenders.

“The expectations for us this year I feel are higher than those of last years because we have a better, deeper team, and I think that our top priorities are to be one of the best teams in the state this year,” McKenna said. “Our goal is to win or at least compete in every single game, beat LT in the conference tournament, beat Fenwick in sectionals, and make it to state and bring home a state trophy.”