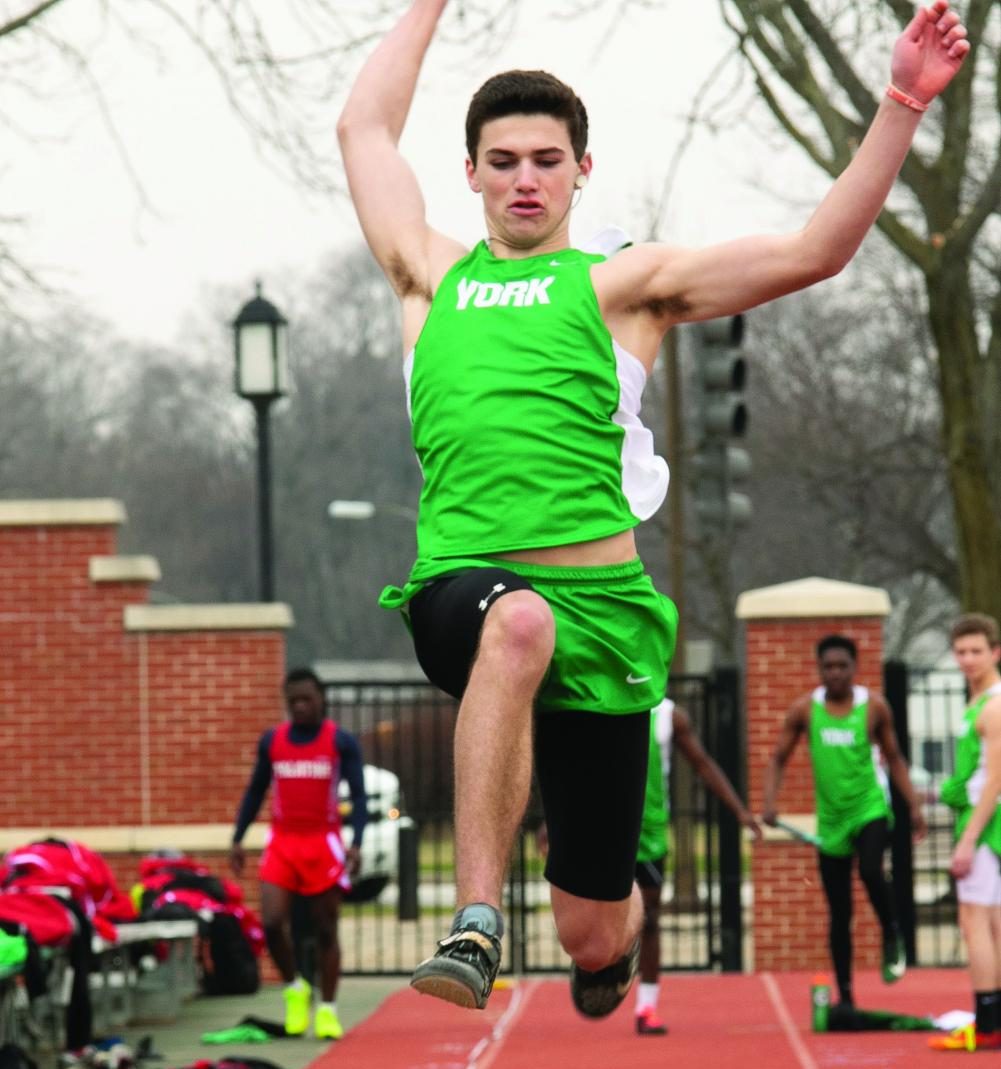 Kam Stearns and the art of the jump

With Indoor track season coming to a close, the Dukes varsity squad is looking to bring their success outdoors. One of the biggest pieces of this teams success has been varsity triple jumper, junior Kameron Stearns.
Triple jump is an event in which the competitor, with a running start, takes a hop, step and jump into the sand pit, attempting to get the furthest distance.

Stearns has had a successful season thus far, finishing second at the West Suburban Silver Indoor Conference Championship, where he set his personal record, 44 feet and a quarter-inch. Stearns and the Dukes also took first place at both the York Invite and Proviso West Invitational.

“So far, I’d say, this season has gone pretty well for me; I set a new personal record by almost 3 feet,” Stearns said.

The Dukes monumental victories during the indoor season has given them momentum heading into the outdoor season, but along with that momentum comes pressure. Stearns believes that his hard work helps build confidence to overcome this pressure.

“A lot has to do with getting in more work in the weight room and running new drills to help us improve every day,” Stearns said. “We come to practice ready to get better day in and day out, so we can achieve big things and gain confidence.”

With the track season at its halfway point, Stearns is looking to continue the success that he has had thus far.

“I have one goal for the rest of the season, and that’s doing whatever I can to help my team win,“ Stearns said. “That’s to go out there and compete for the guys on my team and make my coaches proud.”

During outdoor season, the Dukes have three more invites, conference, sectionals and, finally, state. All eyes are on the varsity track squad as they inch closer and closer to sectionals and state. Stearns is focused on appreciating every last moment of it.

“I’m so excited for the opportunity to compete, I’m going to try and cherish the moments I have left this season,” Stearns said. “We are just hoping to make something special happen at state at the end of May.”