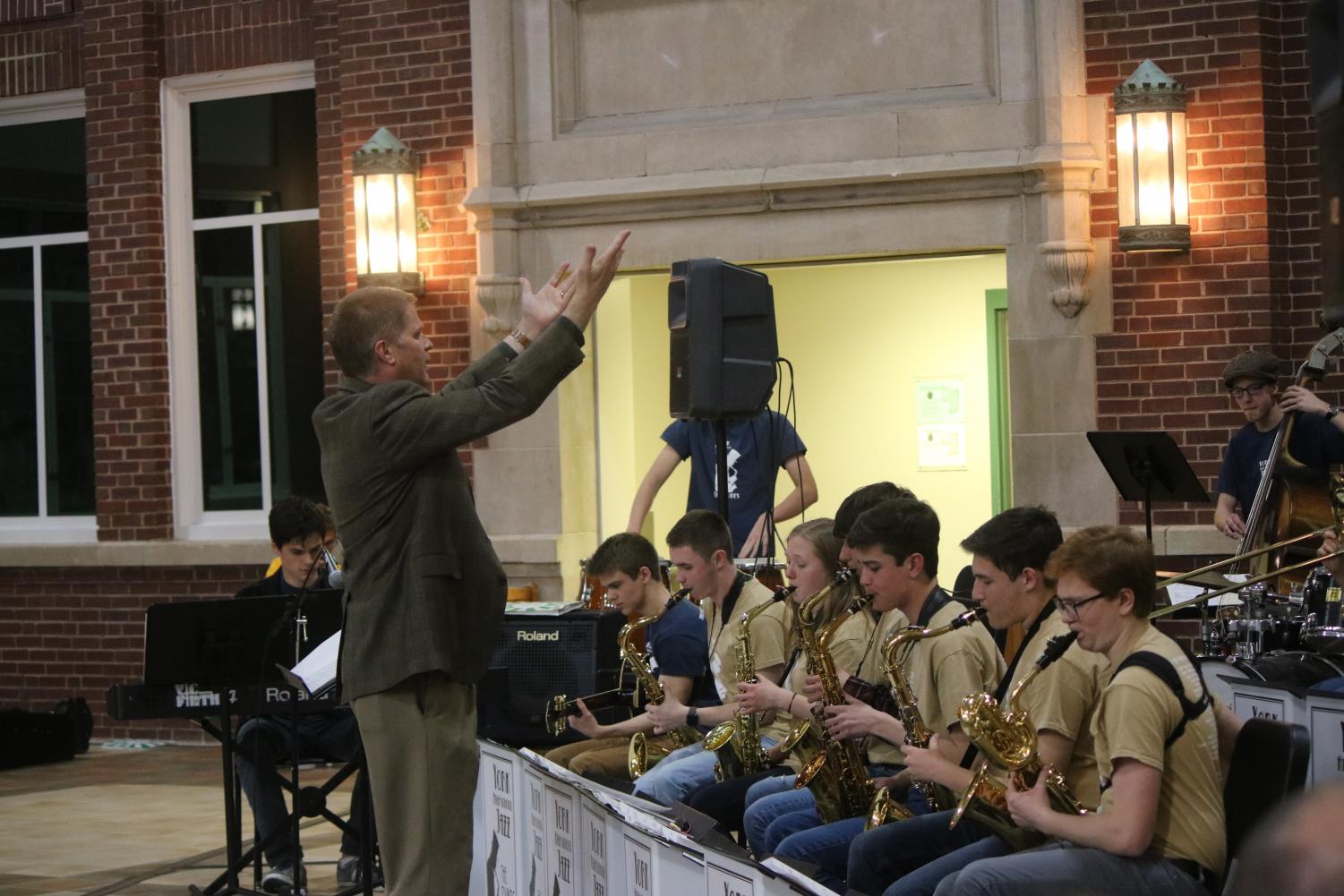 Retiring on a high note: Bill Riddle’s impact at York

Bill Riddle is a mainstay of York  High School. Any event involving the performing arts, from marching band to musicals, from dance concerts to chamber orchestra performances, is almost sure to feature an appearance by Riddle. In his 11 years here, he has shepherded the York Performing Arts Department to an even greater renown that it already had, winning a Grammy Award in 2013 and increasing both the visibility and diversity of the department along the way. But this year, York says goodbye to one of its greatest teachers. Riddle is retiring, closing a period of his life that has been filled with successes. Yet predictably, he remains humble, saying that even before his tenure, the performing arts department was successful.

“In terms of the department, it’s always been a strong department [with] strong performing groups for decades,” Riddle said.

But he does own up to having been a big part of the push for making the music department more of a community.

“One of the major changes has been the cultural change of opening up and making this area accessible to more students,” Riddle said. “So, I would definitely list that as one of the major things I’m proud of.”

Riddle found his way to York through a connection that he made far earlier. Mike Pavlik, director of bands at York, was a student teacher of Riddle’s over 20 years ago. When the position for head of the performing arts department opened up, Pavlik’s first thought was his old mentor.

“He pushed me to apply to the apartment chair job,” Riddle said. “Our working relationship and particularly friendship has been a real driving force in my career, and the opportunity to work with Mike again was really appealing.”

In Pavlik’s words: “I wore him down.”

“I assumed he would be a great fit for the progressive, forward-thinking, yet very student-centered visioning process for moving York forward,” Pavlik said.

Riddle and Pavlik still share a bond, joking and laughing with one another about shared experiences from over two decades of friendship. And Pavlik, even after all that time, still has nothing but praise. 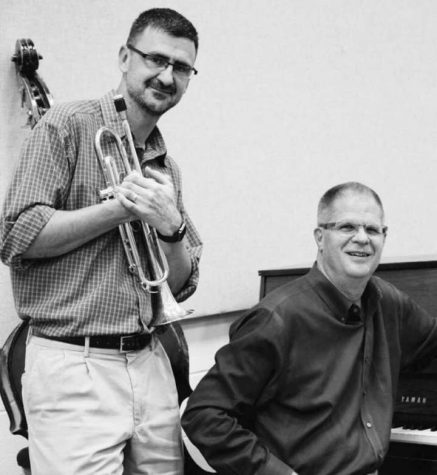 “He is incredibly patient and absolutely student-centered, and embodies a servant leadership style,” Pavlik said. “He will do anything to get the job done. If an aspect of leadership is to sweep the floor [he would do it]… there’s no element of the program that he would not be willing to step in and do.”

Riddle’s bonds are not limited to his connections to teachers. Both alumni and current students have found that their time at York was made special by his work. Matt Dardick (‘18), a freshman at Northwestern University, has fond memories of Riddle that will always stay with him.

“When I was a freshman at York, playing first tenor [saxophone] in the jazz ensemble, the other tenor player and I would hang out in the band room and play along to backing tracks before school,” Dardick said. “One morning, Mr. Riddle heard us playing and took about 30 minutes or so to explain some concepts about jazz improvisation and theory. I can’t say that any of that specific material stuck, but Mr. Riddle recognized our passion and efforts in music and wanted to lead us further in the right direction.”

Other alumni have similar words to share about Riddle as Liam Fisher  (‘16) also has a memory that he says will always stick with him.

“I remember my friend Eric had an interest in playing double bass, despite the fact that he was a percussionist,” Fisher said. “Before long, Eric was laying down a bass line for our percussion ensemble concert, all thanks to Riddle’s support and encouragement.”

Matt Shiley (‘17), now a sophomore at Loyola University of Chicago, has a particularly vivid characterization of Riddle. “He’s like the man on the block that sits on his porch and dishes out wisdom bombs to all the neighborhood kids, occasionally scaring kids off the lawn with his scatting,” Shiley said. “If there’s one thing I learned from jazz band, it’s that it’s always worth being late to class if it means I get to jam with, and learn a thing or two, from that cat. Even if it is for just one short moment.” 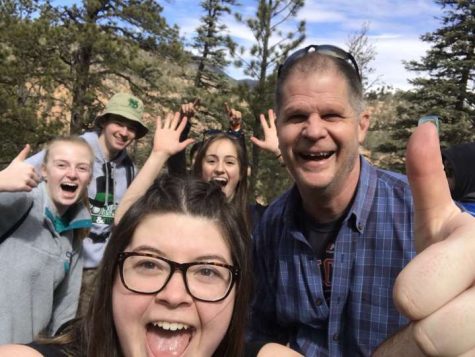 Ultimately, Riddle says, his time at York has been well spent.

“You help facilitate, guide, model how awesome it is to feel that connection to an artistic moment,” Riddle said. “I want to be a teacher to impart information, but arguably even more important than that is to help them figure out where they can find that information and experience [an artistic connection] themselves.”

Now, he looks forward to having time to explore a number of musical avenues. “I see myself playing a lot of piano, which sounds weird, like ‘Oh, I’ll just sit and play piano,’ but really, heavy-duty practicing,” Riddle said. “I haven’t been in this mode since I was your age, [I} can’t wait to get to a practice room.”

Riddle’s retirement will be a loss for York both personally and artistically, but he leaves behind him a wealth of students who will carry his work with them for the rest of their lives.