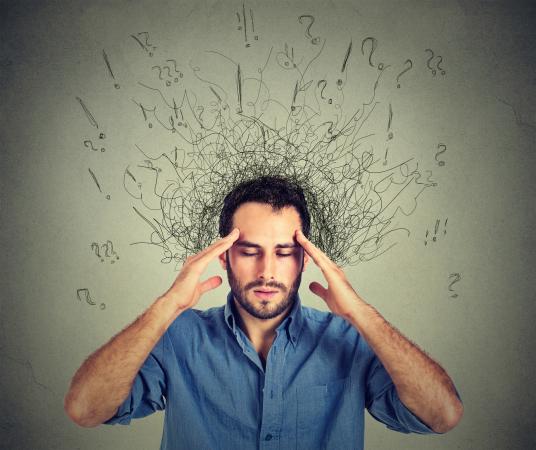 According to clinical psychologist Ellen McGrath of Psychology Today, men are four times more likely than women to commit suicide.

According to clinical psychologist Ellen McGrath of Psychology Today, men are four times more likely than women to commit suicide.

In 2019, phrases like “man up”, “you (insert verb) like a girl” or “nice guys finish last” are heard all the time in movies, television shows and even from family and friends who have our best interests at heart. These phrases are not only insulting to girls but to boys, too. These seemingly harmless phrases exemplify a greater problem in society right now: teenage boys and young men have been indirectly taught that they should not express their feelings in order to maintain their masculinity.

According to clinical psychologist Ellen McGrath of Psychology Today, men are four times more likely than women to commit suicide. Oftentimes, boys are unable to understand and communicate feelings of unhappiness, lack of motivation, or perhaps feelings of helplessness which can easily carry young men into depressive states.

For women, it’s easier to communicate these feelings with family members, best friends, coaches, or teachers. Director for branded social strategy, Ashley Fern of Elite Daily reported through her findings on the different ways men express their feelings, that it is more socially acceptable for women to express their emotions since they don’t have to worry about seeming like any less of a woman. Specifically, “Women tend to have many more intimate relationships in their lives than do men. Females confide with their friends about issues in relationships far more than men do, for the fear of being judged or looking like a “girl.” Of course, this is not the case for all men, but for a lot of them — it is.” As a result, these gender roles upheld throughout our society let this gap between men and women grow farther and farther apart.

Personally, as a girl, I don’t have a problem having a good cry with friends or letting it out when watching a sad movie; however, I have never seen any of my guy friends cry, my boyfriend cry and rarely see my brother cry (and I live with him!).

Furthermore, men are expected to be the strong ones, they learn “to man up” and stop crying they learn that “throwing like a girl” is not a compliment and to not be too sensitive since “nice guys finish last.” These phrases are instilled into boys minds at very young ages through sports coaches, the media, and even their own parents. This teaches them that any characteristics that could be seen as feminine which can include gentleness, empathy, sensitivity, caring, sweetness, compassion, tolerance, nurturance, and deference according to Psychology Today, are not qualities they should possess.

In fact, psychotherapist Joshua Miles found that “men often stigmatize themselves” leading to feelings of shame for having a mental disorder: “men feel embarrassed to admit to others [especially other males] that they struggle” and oftentimes “act out through drug-use, alcohol, and aggression.”

It is evident that these undefined standards are only harmful and are taking a toll on young men today. The societal expectations for men to deal with their issues on their own rather than seeking help, getting medication, or talking with a therapist is damaging.

In York’s own community, 80 boys were surveyed in an anonymous survey, 60.8% struggle or have struggled with anxiety, depression or extreme stress. The community at York is very involved and 79% of the 80 boys surveyed participate in sports, 74.7% are involved with clubs, 50% have a job, and somehow the majority of participants, 74%, have reported that they do or only sometimes feel overwhelmed by their activity load. This high percentage of involved students reasonably results in higher stress levels, however when it comes to expressing these stresses or seeking help, 34.2% of boys do not feel comfortable talking about their struggles at all, 35.4% sometimes feel comfortable, and 30.4% usually do feel comfortable.

The simple statistic from the Illinois Department of Public Health that states suicide has risen from 10th largest cause of death to 8th reveals it all.

Recently many male celebrities from Ryan Reynolds, Dwayne “The Rock” Johnson, to Kevin Love have opened up about their personal experiences with depression, ADD, OCD, panic attacks, and anxiety. Specifically, Dwayne “The Rock” Johnson opened up about his struggle with depression and his mother’s suicide attempt. Rather than perceiving men as weak for expressing their emotions, Johnson believes that the strongest men are, in fact, unafraid to express their emotions.

“Struggle and pain are real. Took me a long time to realize it but the key is to not be afraid to open up. Especially us dudes have a tendency to keep it in. You’re not alone,” Johnson said.