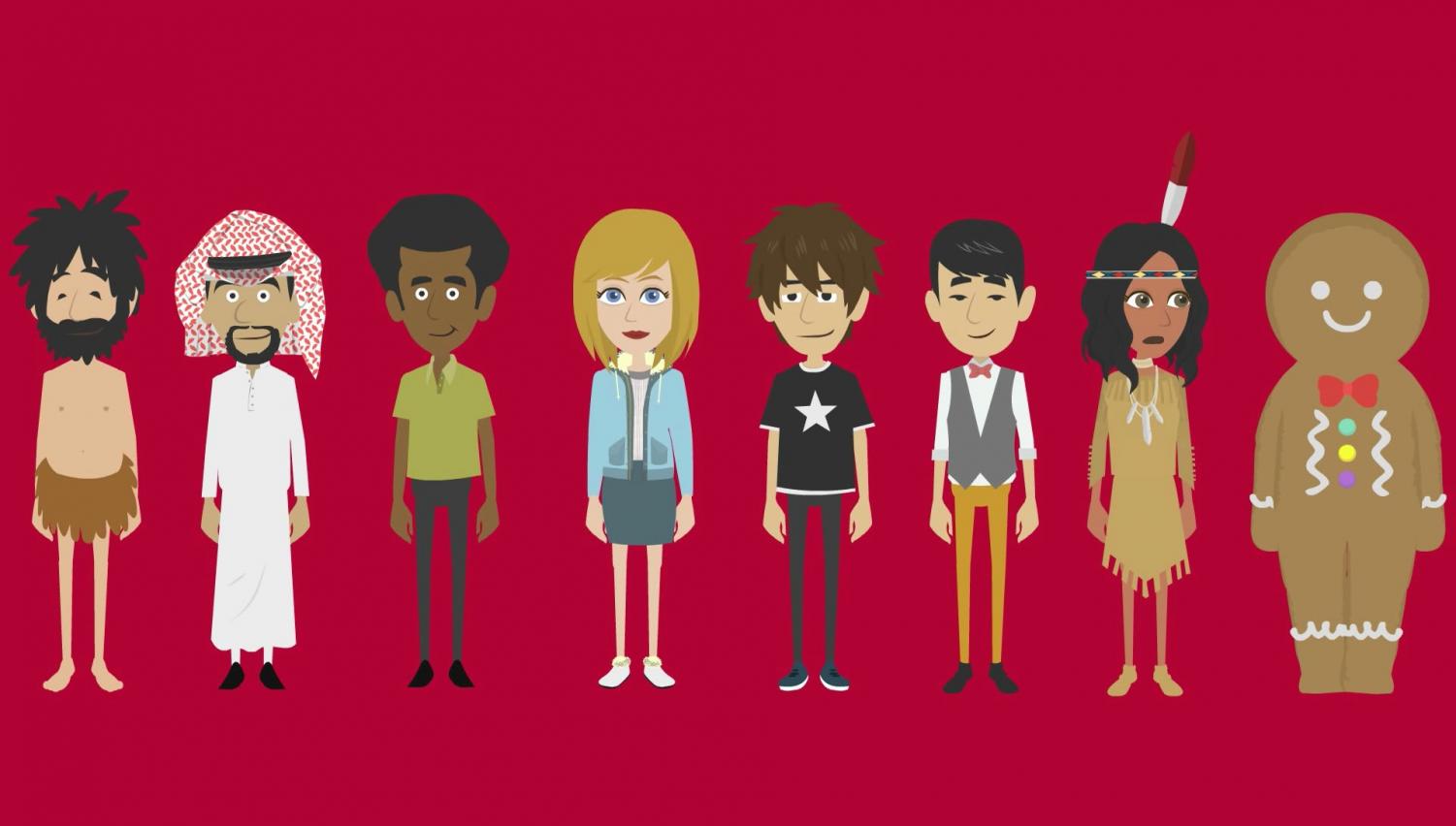 Many individuals today subscribe to the idea of identity politics based on a certain group they belong too. (Photo courtesy of Wikibeng.com.)

Many individuals today subscribe to the idea of identity politics based on a certain group they belong too.

Pride is a double-edged sword. On one hand, it gives a person the confidence they need to face the trials of life, the self-respect that allows them to conduct themselves with dignity and the ability to feel a deep sense of satisfaction in their work, self or family. On the other hand, too much pride can lead to a lack of respect for anyone but oneself, to the point where common decency may be lost on a person.  It is for this reason some consider pride to be the source of all sin. And in recent years, pride has gone too far for too many.

In modern times, a large majority of America has subscribed, with seeming exclusivity, to the idea of identity politics. To clarify, identity politics can be defined as a tendency for people of a particular religion, race or social background to form exclusive political alliances with people similar to themselves. Modern-day examples can include the members of the Black Lives Matter group and fervent Donald Trump supporters. The way that these two contrasting groups funnel into the same category is by their subscription to the more toxic aspects of identity politics.

Being proud of one’s culture is by no means a bad thing, nor is speaking up against the injustices committed against one’s group of people. In fact, these things should be heavily encouraged. Without some sense of individuality or a sense of basic entitlement, humans would be little more than drones working to further some poorly-defined, emotionless entity that has no concern for the people under it.

In a sense, this is what identity politics does to us as a species. It devolves us. When taken too far, there becomes a point where it doesn’t matter who you are as an individual. This very philosophy has been put into practice before. The result was ruinous. For an example of a nation that used identity politics in a way where individuals were expendable, look to Maoist China.

For those unfamiliar with Maoist China, a brief history lesson is in order. After establishing control over China in 1949 and establishing himself as Chairman of the Communist party, Mao Zedong issued a series of harsh reforms based around the idea of (what else) identity politics. A basic tenant of Mao’s new government was that communism was law in China. Anyone who subscribed to more western ideas such as private property was ridiculed or even killed. In fact, from October 1950 to August 1951, 28,332 people deemed counter-revolutionaries or spies were executed in a place called Guandong City. The basis of the accusations was almost always for not “sufficiently being” a communist. Even more horrific, Mao was also a strong proponent of, “needs of the many over needs of the few.” His “Great Leap Forward,” otherwise known as the time he tried to get a country of peasants to turn into a major industrial power in a few short years, was an absolute travesty. While it formed the bedrock for turning China into the world power it is today, it also resulted in a staggering amount of death. This was mainly due to the fact that the disruption of farming produced major food shortages that a large portion of the country could not deal with. All in all, an estimated 20 million people were estimated to have died of starvation between 1959 and 1962. And yet, Mao did not care in the slightest, merely pleased to have secured a strong future for generations to come. The deaths of his own people were viewed as acceptable losses.

Call me overly-sentimental, but I am of the opinion that every individual deserves to be treated as more than just a tool, by virtue of being human alone. For any skeptics, I maintain that my opinion is the better option because the alternative to value of the individual is horrid. After all, Maoist China is a disaster from a humanitarian standpoint. And their platform was built off of identity politics because every decision was made for the benefit of groups, not individuals. The workers of the country could only advance at the expense of the landowners or anyone who carved out their own livelihood by sheer willpower alone. To be clear, I do not believe that all identity politics should disappear. Not only would such a thing be next to impossible, but it would also rob people of important aspects of their being. The diversity that exists between people of different races, genders, religions and political leanings is awe-inspiring. And it certainly makes life more interesting! Pride may be the source of all sin, but I believe this only applies to one’s irrational concept of self. Clearly, pride must have the positive connotations that I mentioned previously. After all, it would be a tragedy to lose pride in one’s sense of self.

But, there has to be some amount of moderation. Different groups cannot be at each other’s throats over problems that may only be solved if they work in tandem. Now, that’s not to say some problems are worth examining. For example,  2,306 per every 100,000 African Americans will be incarcerated at some point in their lifetime. Keep in mind, only 450 per every 100,000 Caucasians will be incarcerated at some point in their lives. There is a huge difference between the two, and such a thing is worth examining! There’s a clear disparity in an issue that should not have such. But if you leave this post remembering any content of my ramblings, I ask you to remember this.

I ask only that you conduct yourself with dignity. That you do not fall victim to the primal instinct of tribalism. Nothing in this world is more important than our humanity, and how such virtue can touch others. So the next time you see a group that may, for some reason, be different than you, imagine yourself in their shoes. And if you are a group that happens to be incensed over a particular issue, do not direct your hatred towards others that are different just for the sake of it. Remember benevolence, and practice it if possible. Having compassion is not a weakness that others will pounce on.  Empathy, in a world that leaves no room for it, is the bravest thing a man can do.