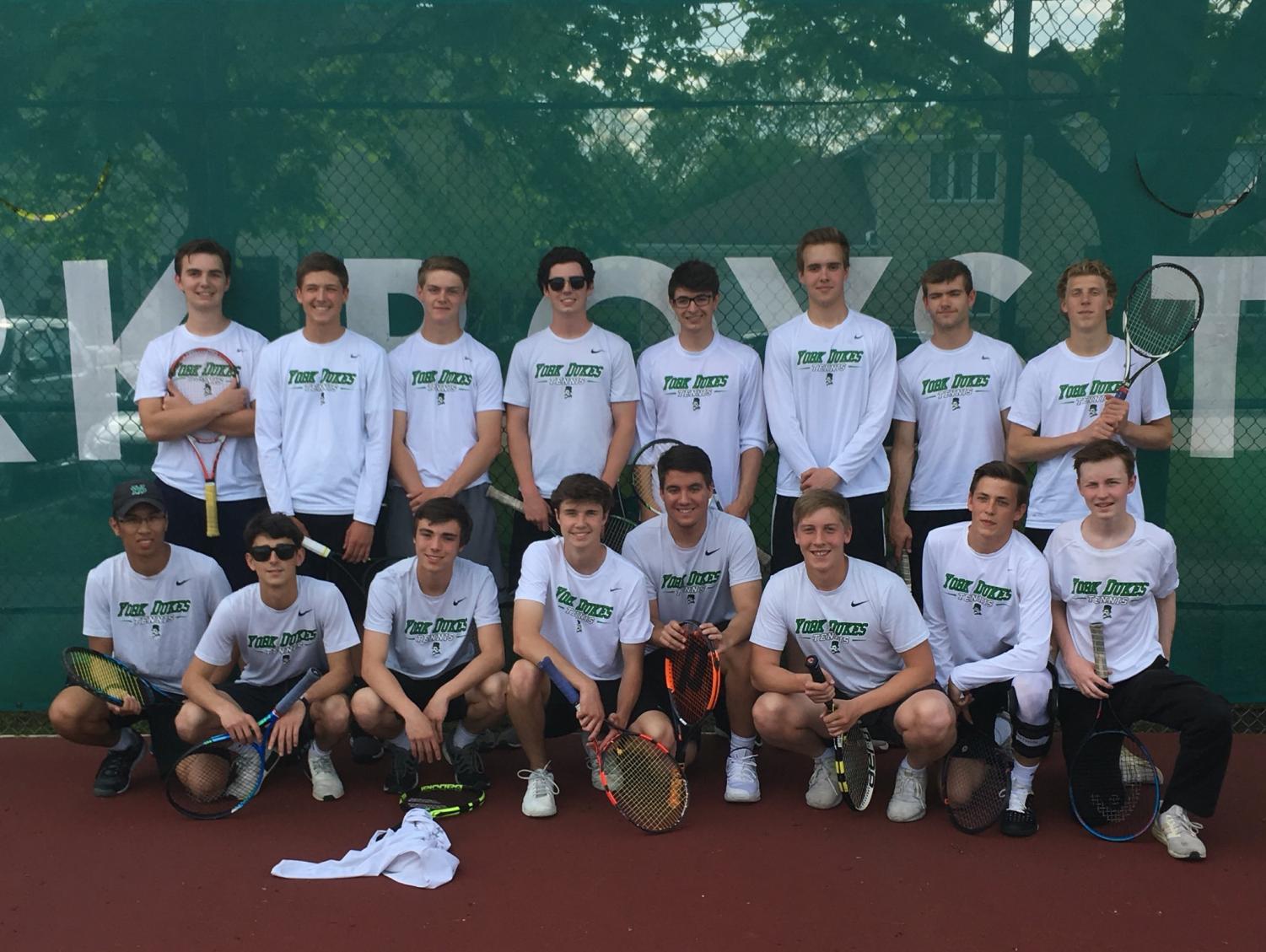 All seventeen seniors pose before their final matches of the year. (Photo courtesy of York Tennis Twitter.)

All seventeen seniors pose before their final matches of the year.

As the year winds to a close, each spring sport has to say goodbye to their seniors. This year, the boys tennis team said goodbye to 17 graduates, including Jack Condon, Charlie Julian and Jalen Macatangay. These graduates were on doubles teams that went all-conference this year after placing third in a very competitive conference.

“With Hinsdale Central and Lyons Township always winning first and second place, third place is very competitive,” Macatangay said. “However, my partner, Leander Grameier, and I played very well, and our opponents were getting nervous. Placing third was a great way to end my final season, and it was very satisfying to have that feeling.”

As graduates felt the bittersweet satisfaction of a successful final season, head coach Courtney Bison watched as his team lost members valuable for both their skill and support.

“Every moment has been great with this group,” Bison said. “[They have been a] great group of seniors and great influences on our underclassmen.”

Collectively, the class of 2019 brought a fun and lively atmosphere to the team on and off the court as “a really likable crowd” according to varsity member and junior Kevin Schultz.

“They would never cease to make coach and the team laugh,” Schultz said. “We had a lot of great guys leave this year.”

Because this year’s seniors will not be returning, young players are stepping up to fill their shoes. Freshman doubles team Sam Wit and T.J. Paul also placed third in the varsity conference.

“My personal goals are to work and improve on my tennis as much as possible,” Wit said. “My goals for the team are to continue the success we had this year, and grow closer to each other. Maybe we could even make it to the state tournament.”

Having young players with varsity experience will undoubtedly help the team progress next year. But in addition to varsity play, the younger players will take the responsibility of welcoming new players.

“At first, I was nervous because I was one of only two freshmen on the team so I didn’t really know anyone else,” Wit said. “But my teammates welcomed me and accepted me very quickly and really made me feel like a part of the team. They were also great examples, and I learned a lot from being able to play against them as well as watching them play.”