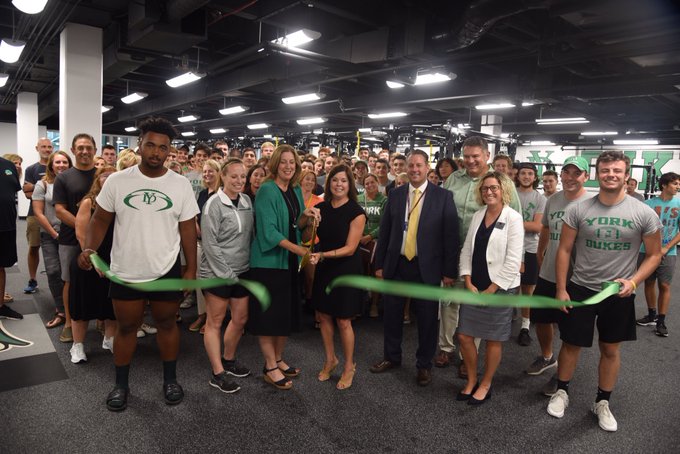 ‘Tis the season for change (and gains)

This summer several changes were made to facilities around York. Some being major do-overs, while others being slight renovations. For instance, in the Academic Building, what was known as the Lincoln Lab is now the Business Incubator, home to the entrepreneurial program, which offers a brand new education opportunity for students. 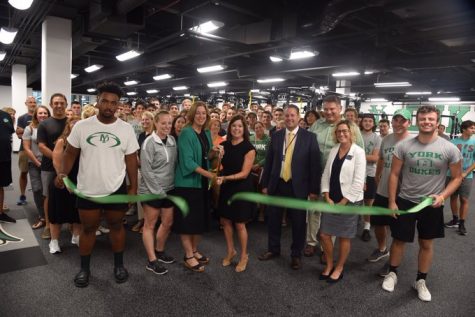 In the Athletic Building, The Campbell Gym has been freshened up with a brand new floor, and the field house is scheduled to get new lighting and paint in the future. But the most “in your face” change has to be the freshly redone fitness center and weight room. According to Athletic Director, Rob Wagner, this renovation was a key to athletic success.

“One of the things that I saw was that a lot of kids were not happy with the current fitness center because it was 16 years old.” Wagner said, “I thought in order to get them excited about going in there and working out, we need to renovate it.”

Changes to the weight room began at the end of the 2018-19 school year when workers began removing racks and weights to get a head start for the long summer ahead. After a successful unveiling of the new fitness center, York was able to get their first taste of the state-of-the-art facility.

“It makes you excited when you go in there, it makes you want to lift weights,” Wagner said.“I just think that it makes everyone, not just the athletes, but even students excited about going in there and wanting to workout.” 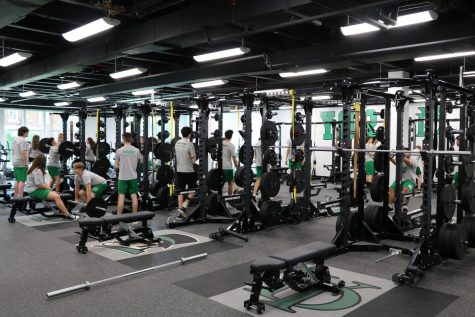 Photo Courtesy of AJ Datoli
Physical Education classes are given the opportunity to experience the brand new facility.

This renovation opened up space in the fitness center to fit more people than the previous one was capable of, according to the head football coach, Mike Fitzgerald, it will help everyone improve immensely.

“I think it will help every athletic program, the facility is more conducive to bigger teams,” Fitzgerald said.

Not only will the weight room allow for larger teams to fit, but it allows for better safety and injury prevention. According to junior, Jeffery Grace, it was a very positive addition to the York Building.

“It is a great contribution to York High School,” Grace said, “The Students deserve it, it was time for change”

“Now, we can all get in here, which adds to the energy, excitement and also the safety standpoint because now we can see everybody,” Fitzgerald said. “People want to come in here now which will help prevent injuries and accelerate everyone’s program in terms of speed, agility, and general strength.”