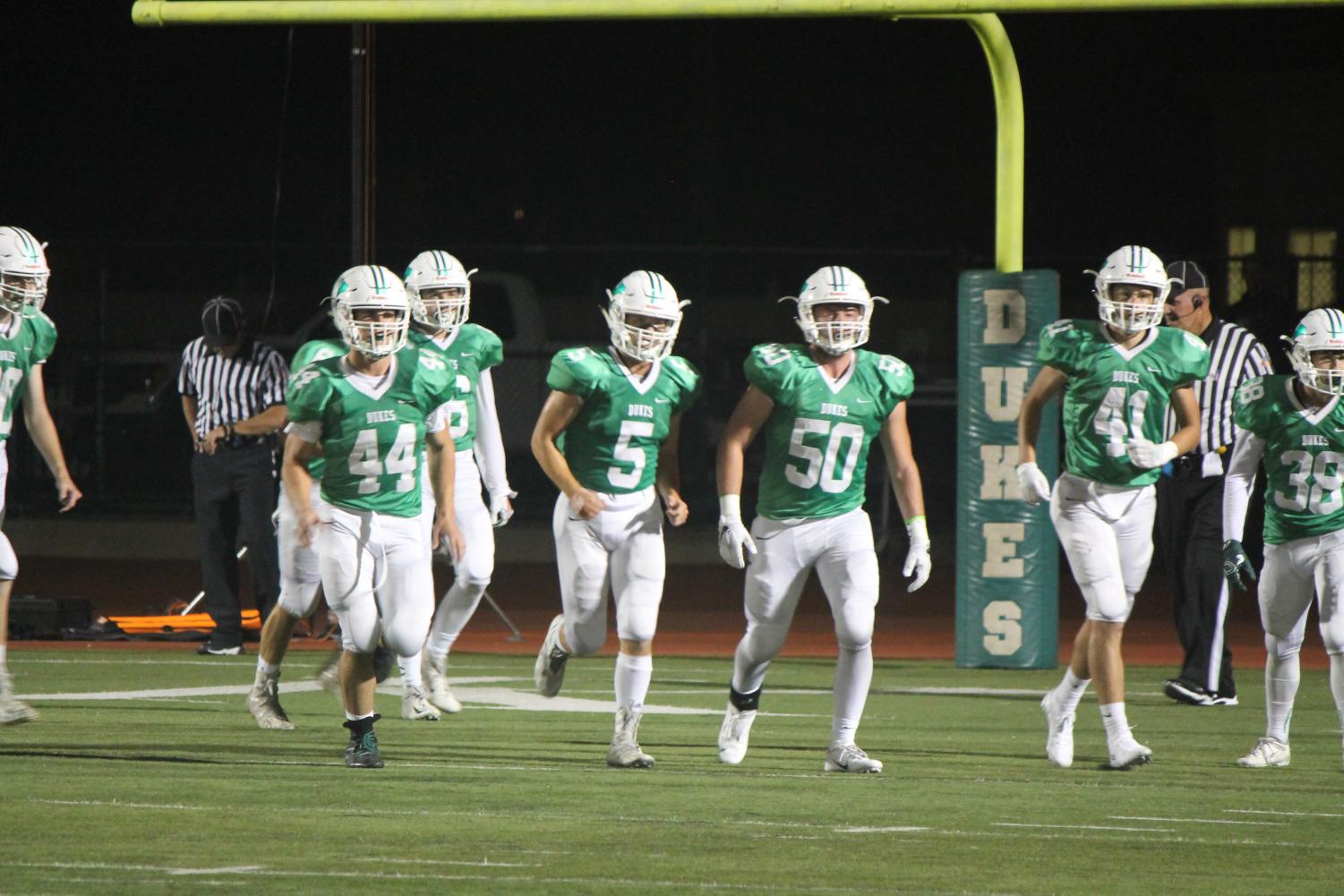 The defensive unit takes the field. (Photo by Joey Leonardo)

The defensive unit takes the field.

Friday nights mean one thing for York football: game day. This Friday was no different. Students packed into the stands sporting their best patriotic garb while the football team gave their all on the field, despite a 14-20 loss against Downers Grove South.

Despite the football season officially starting in August, the team has been preparing long before then.

“Our team has been preparing since November for these games,” Michael Fitzgerald, head football coach, said. “Then weekly, our focus becomes more focused around the opponent and making sure our players know what to expect. We show them the plays and scenarios at practice so there are no surprises on Friday.”

The Dukes ended the second half 0-14 with the mustangs in the lead, but the team came back even stronger in the last two quarters of the game. Junior Patrick Kastner, running back, scored a touchdown in the third quarter, and junior Patrick Cote built off Kastner’s success scoring another touchdown in the fourth quarter, ending the game with a score of 14-20.

“The highlight of the game for me was probably the way we, as the offense, finished in the fourth quarter,” senior captain Owen Pechous said. “We put together a great drive towards the end of the game in which we scored. We never gave up and fought until the end.”

Aside from the action in the game, the energy experienced throughout the stands was unmatched.

“The energy in the stands is like no other,” junior Rena Sotos said. “It’s finally Friday, game day and total hype fest. The best part about being in the stands is being surrounded by people with the same energy and love for football as you.”

Despite the loss, the team is ready to do it all again next Friday night at their away game against Downers Grove North.

“I look forward to every game with this team,” senior captain Matt Kentra said. “Especially with it being my last year at York, every opportunity I get to play with these men is special. Right now, I am looking forward to a great matchup this Friday against [Downers Grove North].”