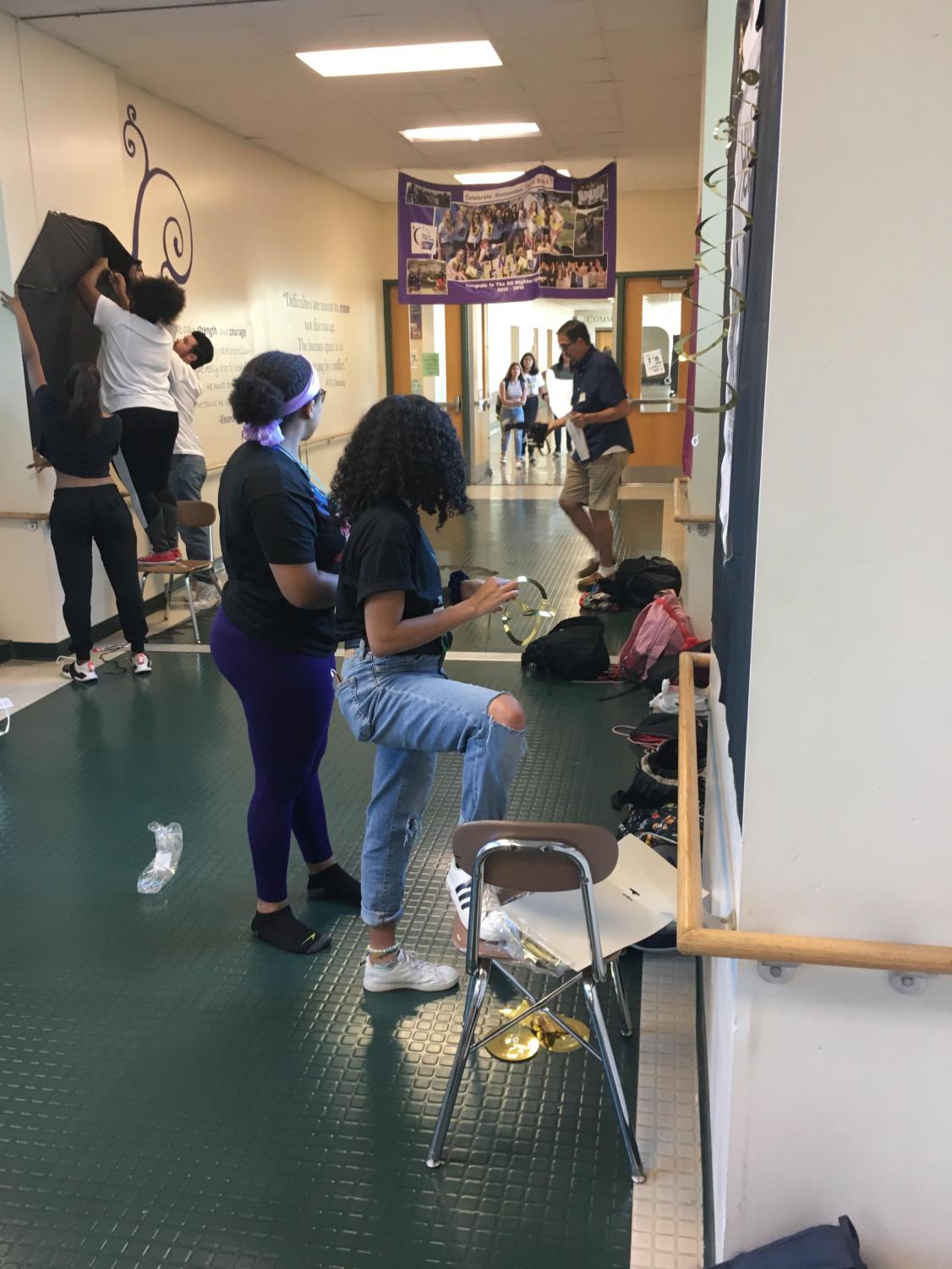 Black Student Union Secretary and senior Gigi Stechulte and junior Dasha Brooks work on decorating their homecoming hallway in the short amount of time given. Photo Courtesy of Zikora Nnam

As the school year progresses, the Black Student Union (BSU) blazes forward and plans for a busy and successful year. Change has taken over the club with an all-new board of leaders and a mission to grow larger than ever before.

The club kicked off the year with the hallway-decorating competition.

“The hallway decorations were based on new and old films with predominantly Black casts,” BSU Vice President Wendy Ofosu said.

The BSU hallway was covered with a diverse group of movie posters from films like Black Panther to The Help. 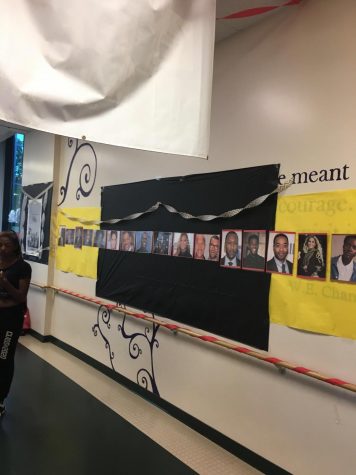 Photo courtesy of Zikora Nnam
One wall of the Black Student Union’s homecoming hallway is covered in pictures of influential Black actors and actresses.

“We recently won the homecoming hallway-decorating in the ‘Best Representing Their Club’ category,” club President Zikora Nnam said. “It was something that we put a lot of time, effort and planning into so I’m really happy that we won that.”

Club members are hopeful that the win will give them more needed attention so they can attempt to reach a new audience.

“I was very surprised we won the hallway contest because I feel the school doesn’t really acknowledge us or know who we are,” senior Yareliz Klein said.

The feeling of namelessness is common amongst members of the club and one of their main goals this year is to spread throughout York and beyond.

“We are trying to connect with other Black Student Unions in nearby schools to collaborate on events, especially BSUs in predominantly white schools,” Nnam said.

Since York is a predominantly Caucasian school, expanding the club and joining forces with more black students from all around will make the club’s mission more recognized.

“As a proud member of the BSU I hope we get to expand our cultural influence throughout the school and educate others about what Black culture really is and what it represents,” junior Dasha Brooks said.

Other than just spreading Black culture and awareness, the club also serves as a community so that members can feel more welcomed at a school with so few minorities.

“I was in the group since 2016 and ever since then I’ve felt like I had a comfortable space where everyone looks like me and I’m not the odd-one-out,” club Communications Director Ian Williams said.

Members are ready for an exciting year of spreading knowledge and culture to the York community and tearing down barriers.

“BSU is a club about celebrating our nationality and trying to let people know that we are here and it’s time to stand out,” sophomore Shaniyah Watkins said.