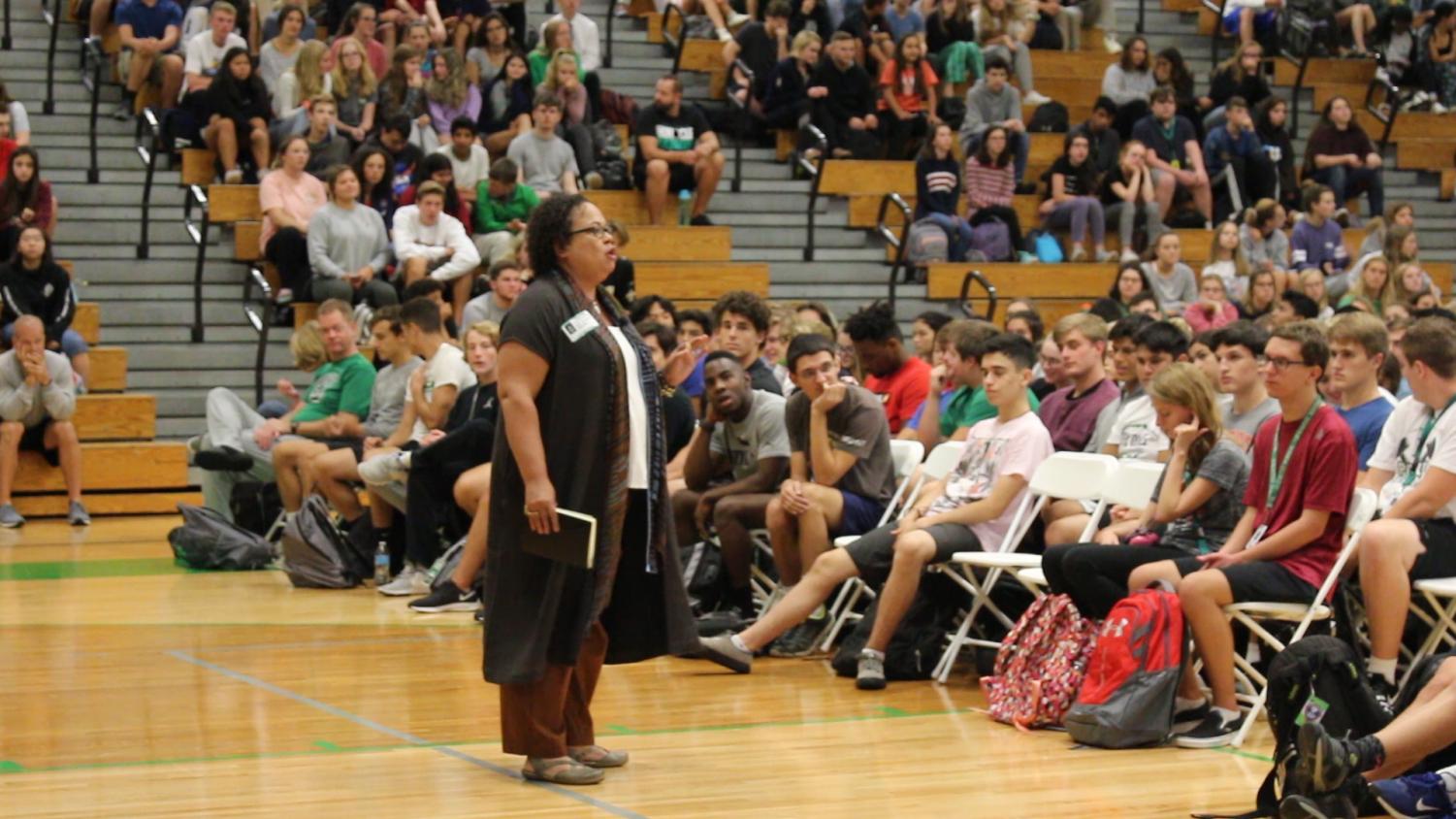 To many students at York and across the country, our lives are defined by numbers: test scores, acceptance rates and GPAs to name a few. This pressure to do well results in a lack of sleep and proper mental health– numbers that, until now, many have failed to acknowledge.

On Mon. Sept. 23, 2019, York invited Dr. Julie Lythcott-Haims, former Dean of Freshmen at Stanford University and author of the New York Times bestselling book How to Raise an Adult, to speak to students and parents to spark a conversation about this alarming rate of deteriorating. Lythcott-Haims addressed the students at an assembly and later that night spoke to parents in efforts to launch a community-based, district-wide effort to help combat this issue.

“As parents and educators we love our kids fiercely, and yet, we’ve constructed a childhood that is almost asking too much of them,” Lythcott-Haims said. “The way we’re approaching education and childhood in a lot of communities these days is really undermining kids’ chances to thrive instead of supporting them.”

After recognizing the increasing numbers of stress and anxiety throughout the community, District 205’s initial approach was to survey students. Last spring, they administered a survey to students across the district in order to understand the student perspective of the issue.

“We’re gonna do some more questioning of students to try to make sure we understand how they feel and what’s important to them,” District 205 Superintendent  Dr. David Moyer said. “We are going to take a look at internal things that we can control like homework policies, start times, and the way we grade– all those kinds of things that over the course of time will add up.”

At hand, there is a very large problem– one that will take gradual policy implementation in order to fully seize. Although in addition, the district strongly emphasizes community involvement in order to tackle this issue together.

“We think that having a common shared value around this with all of the community, all of the parents, and all of the teachers will be a lot better way to do it then just to establish policy,” Moyer said. “We have [created] a district committee that has parents, community members, board members, teachers and administrators that are going to take a look at things.”

The district’s goal is to educate all parties, from teachers to students to parents– an approach that many students are fond of.

“Somebody actually responded to all the stress that young people endure in life now,” freshman Ian Mikhail said. “A lot of parents don’t really recognize that, so I’m really glad [Dr. Julie Lythcott-Haims] did and that she’s trying to spread the word.”

Lythcott Haims not only recognized the tremendous workload and pressure students face nowadays, but she also stressed the importance of following dreams and passions. “Happiness is a form of compensation”– students should focus on what they love to do instead of what will make them the most money later on in life.

“One of my main takeaways from the assembly was learning how to reduce my stress and anxiety in school,” sophomore Ella Lawton said. “I learned the value in taking an easier class load in order to focus on the classes that I really want to take.”

The message of Monday’s assembly seemed to break through for many students. The district hopes to carry this success through the upcoming school year and beyond. Their ultimate goal is to better the quality of student’s lives and send them onto a happy future with the help of the entire community– this is only the beginning.

“I hope students came away from my talk questioning some of the messages they’ve been given about what matters in terms of college and in terms of grades,” Lythcott Haims said. “Your worth as a human has nothing to do with your GPA or test scores.”