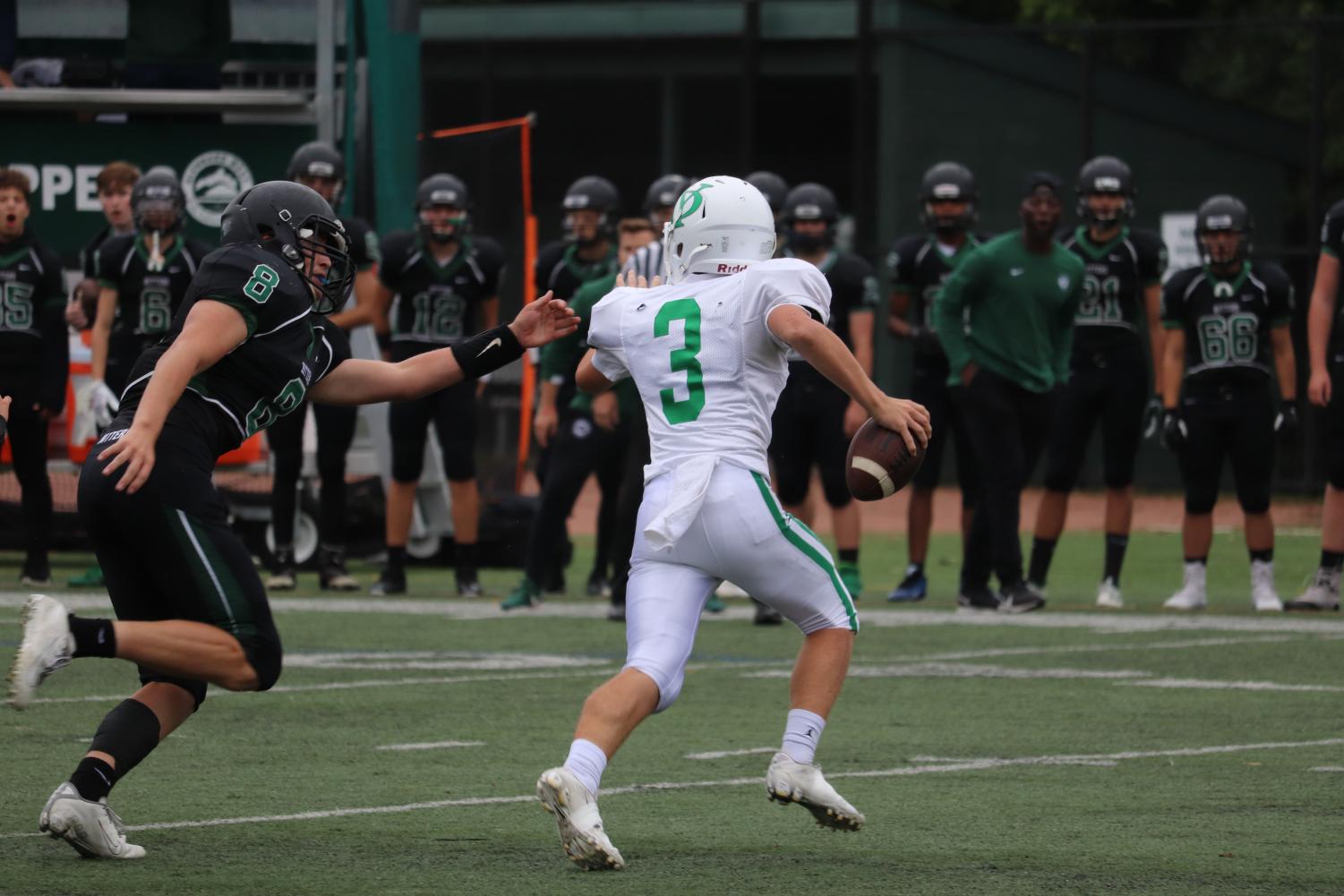 Quarterback Colin Doherty looks down field for a pass. (Photo by Jake Hansmann)

Quarterback Colin Doherty looks down field for a pass.

Under the Monocle: Sophomore Football Team 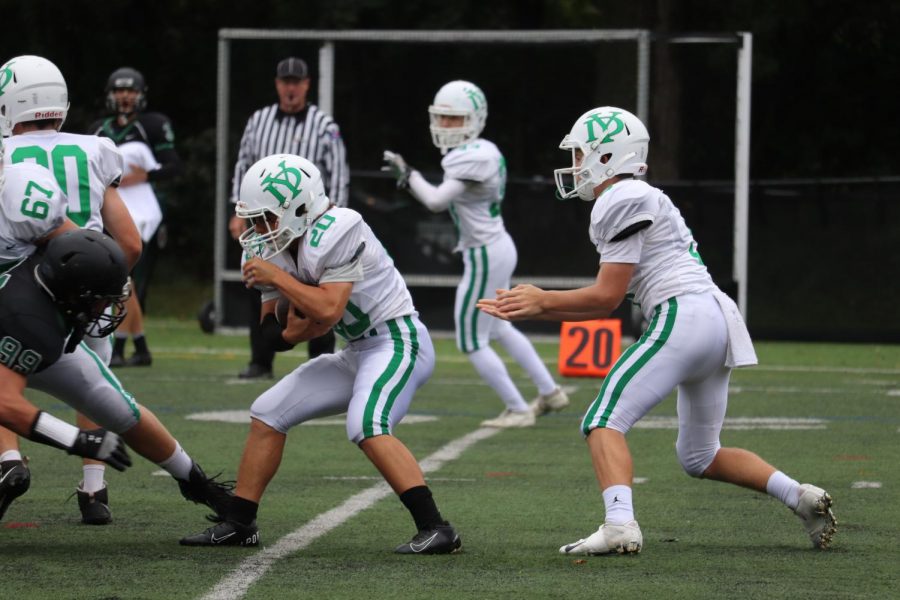 After week five, the sophomore football team is 3-1-1 after victories against Libertyville, Downers Grove South, Downers Grove North, a tie with Lyons and a tough loss this past Saturday 20-14 against a very talented Glenbard West squad. Despite the loss, this team continues to blow away expectations.

“There’s been a few bumps along the way, but we’ve been able to bounce back from them, which is the reason why we’ve had so much success [this year],” quarterback Colin Doherty said.

For some, their success has been out of nowhere, but these players knew what they were capable of.

“Our team is talented enough to beat anyone we play,” Doherty said.

The Dukes are looking ahead to Hinsdale Central this upcoming week, hoping to bounce back against the Red Devils following a large loss as freshmen.

“The Hinsdale Central game just means more to us. We want to win every game, but this one a little more,” Linebacker Nick Parisi said.

The Dukes are feeling more and more confident as the weeks go on. Some attribute this to the looseness of the team this year.

“We get to go out there and just have fun, and that is why we play so well together,” wide receiver Emmett Horn said.