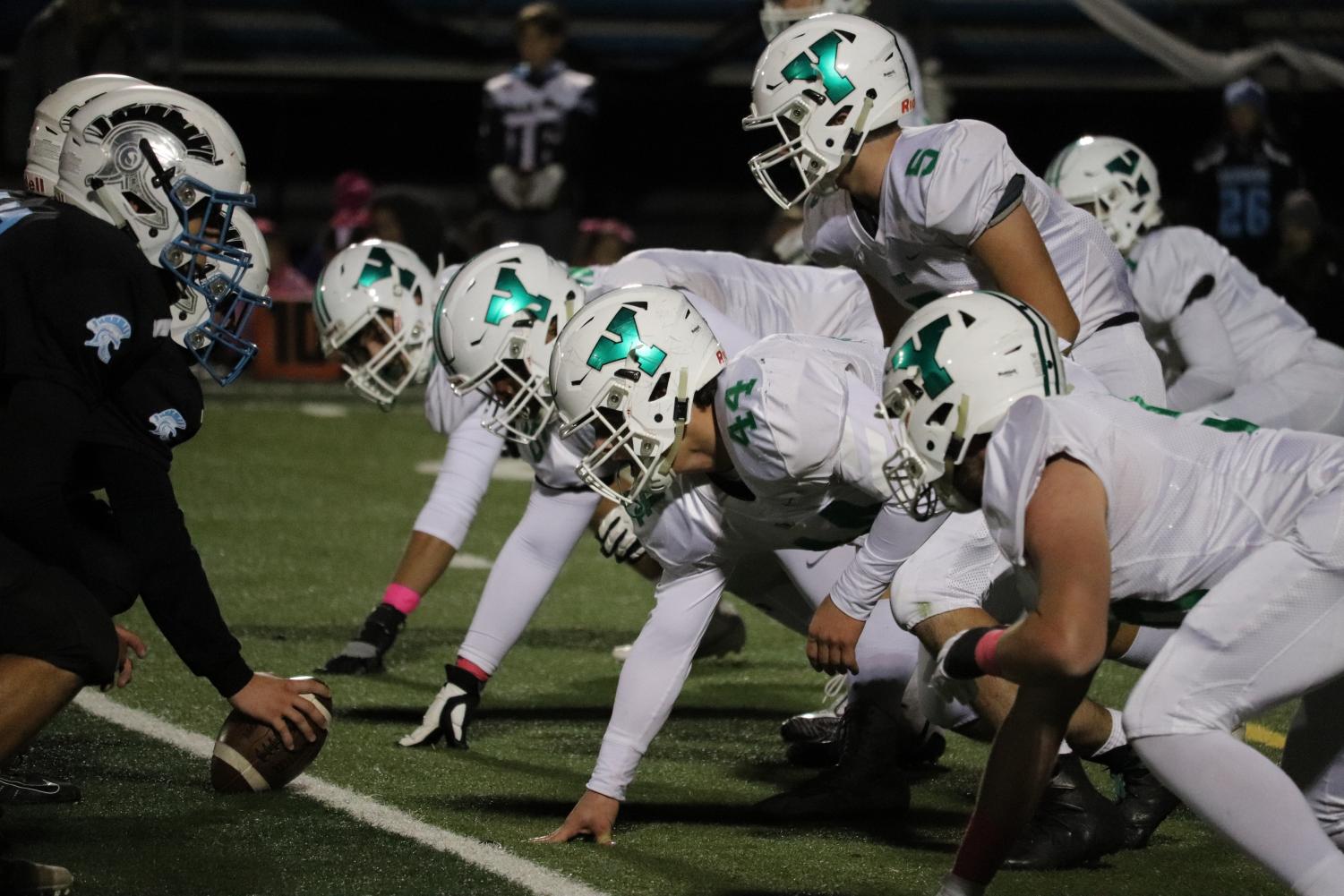 The Dukes defensive line prepares to clash with the Warriors offense. (Photo by Jake Hansmann)

The Dukes defensive line prepares to clash with the Warriors offense. 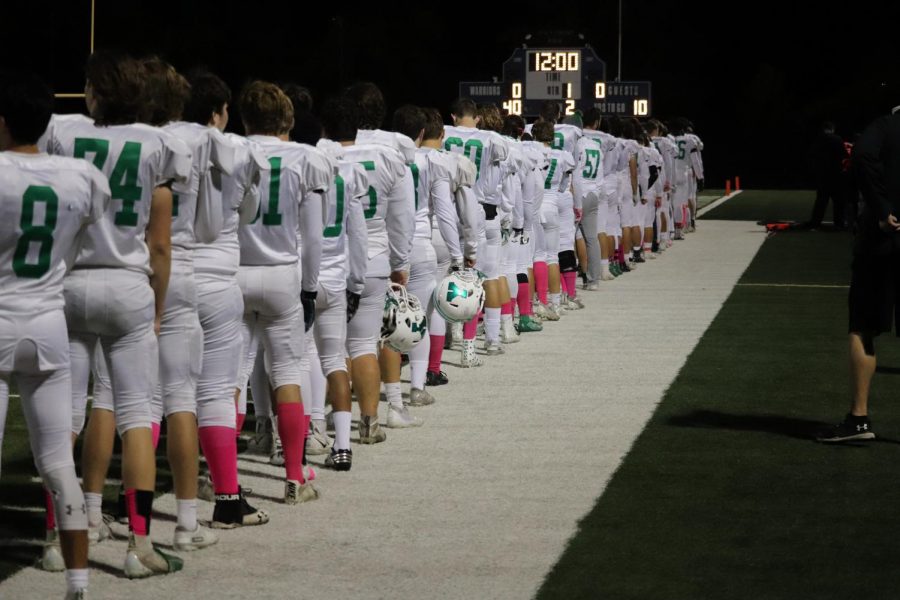 Gallery|15 Photos
Photo by Jake Hansmann
The Dukes line up along the sideline for the National Anthem.

Coming off of a two-game losing streak, the Dukes looked to turn it around as the season comes to an end. Unfortunately, they were out done by non-league opponent Willowbrook and now must win their final two games if they want to make it into the playoffs. Though the Warriors began the game with an early dominance, scoring three touchdowns in the first half, York gained ground with a nail biting passing touchdown secured in the last minute of the half. However, two more touchdowns in the second half could not secure the win, and the Dukes suffered a 35-21 loss.

This Friday York hosts Oak Park-River Forest on senior night, who also hold a 3-4 record. Make sure to wear your College/Jersey attire to go along with the theme!