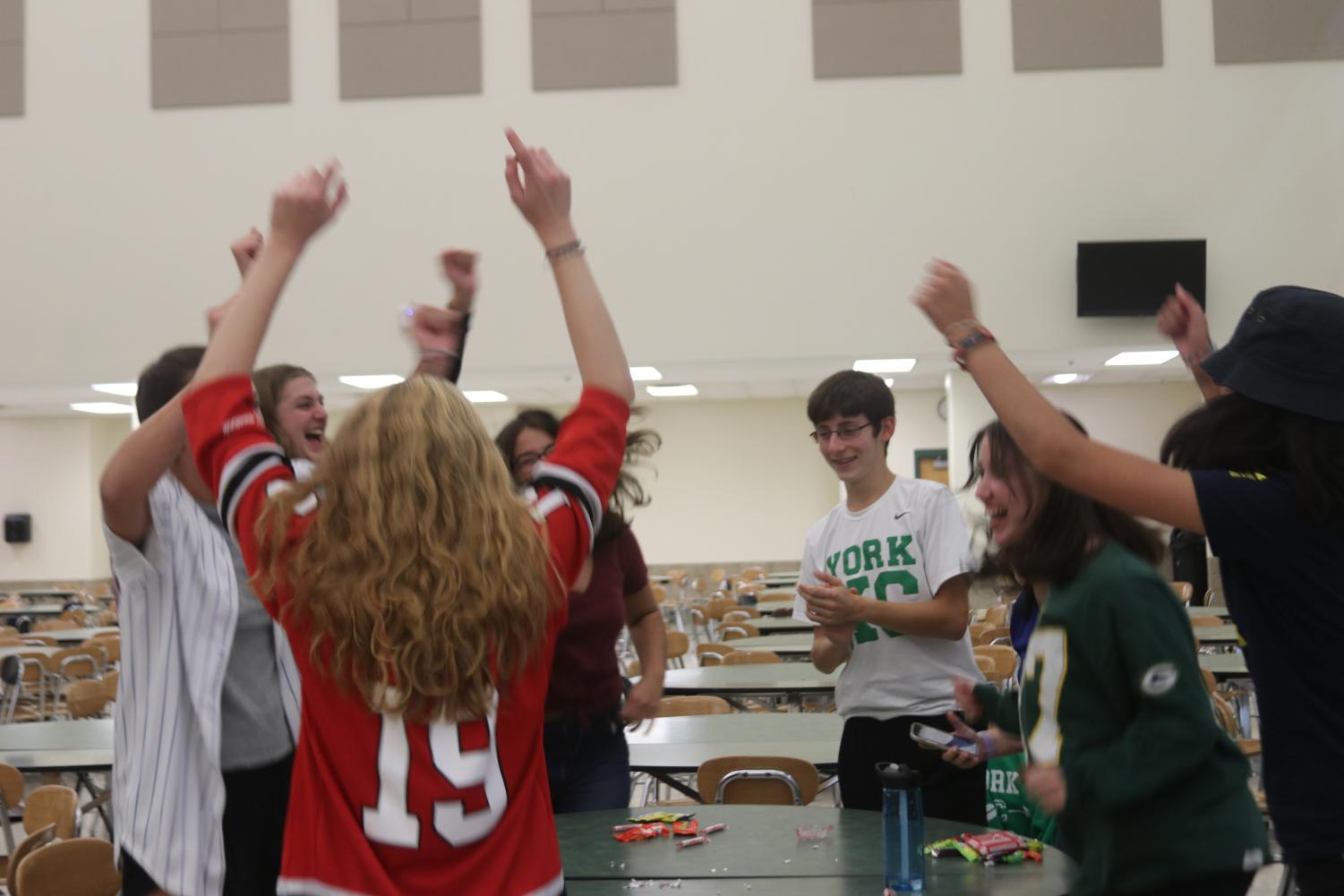 “[Student Council] had a layout of plans,” Student Council member Clarissa Gecsey said. “We just had to make sure we booked the commons and made questions for each category.”

In addition to question planning, Student Council also voted on the theme of the night, which was sports.

“We set our bar low, so we could just keep going up from there,” sophomore Mira Shortt said.

In addition to going into the night underestimating themselves, Joey Triviani also used a unique strategy before each round: meditation.

“One of our success was our praying before each round,” sophomore Maria Chornij said.

According to the team, the most influential moment for them was their meditation during the intermission between the first half and second half of the night.

“[Our meditation] at halftime motivated us to win,” Lilly Rende said.

The losing teams are already developing a strategy on how to compete better and seek revenge at the next Trivia Night.

“With a couple additions and subtractions to our team, we are going to be a deadly force,” senior Sean Solem said.

Despite the losing teams confidence in seeking revenge for the next Trivia Night, Joey Triviani still ended the night with the utmost confidence for winning in the future.

“Our team’s just better than [the other teams]” freshman Teegan Roach said.