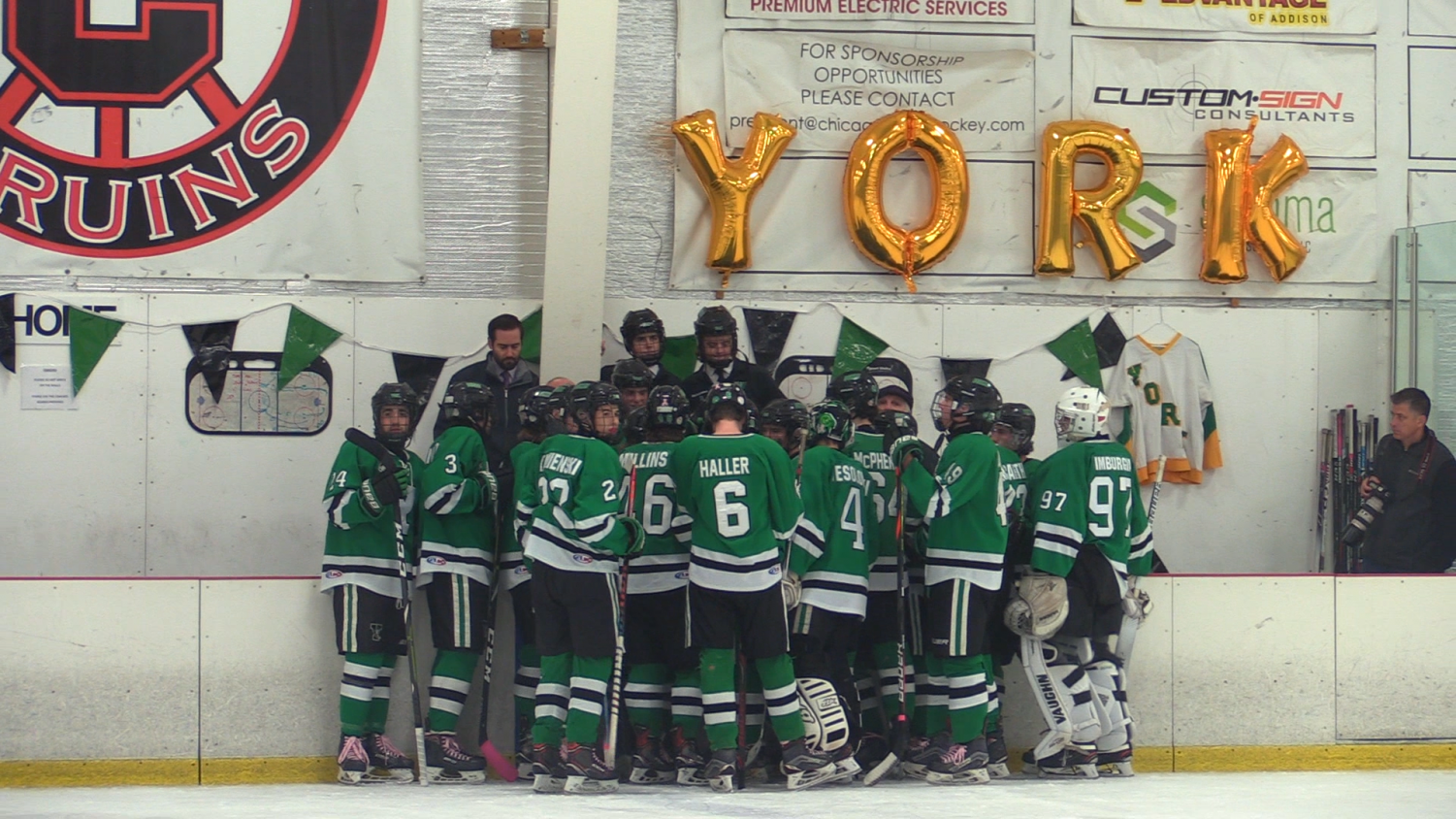 The varsity team huddles around Coach Turpin before the puck drops to start the game. (Photo by Murphy McFarlane)

The varsity team huddles around Coach Turpin before the puck drops to start the game.

Last Friday, Oct. 26, York Hockey held their annual spirit night. The night consisted of a multitude of raffles, a spirited bake sale, silent auction, and chuck-a-puck event all as part of the club’s efforts to raise money for cancer research. While the varsity team may have fallen short in a 3-0 loss against Glenbrook North, the night reflected triumph.

Each year, the sport is able to draw a very large crowd to the spirit night game with their highly advertised free t-shirt give away to the first 200 students with an ID. 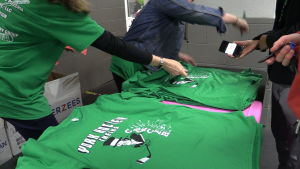 “My favorite part of spirit night is that they hand out free shirts to everybody who comes,” junior Jackson Lucas said. “Everyone is rowdy. Even if we’re losing the environment is still energetic.”

The atmosphere at spirit night contributes highly to the players motivation to compete. The energy from the overflowing stands transfers into the adrenaline of the team.

“It’s a pretty big game for us being that it’s usually a packed house for the big fundraiser,” senior forward Brad Lynch said. “The team really like knowing York Hockey is doing a great thing in raising money for cancer research.”

The overall goal for the night is greater than just winning a game. York hockey hopes to bring the community together to raise funds and awareness for a great cause.

“Outside of the player’s schoolmates there’s a lot of [youth] hockey players out here supporting us,” varsity coach Bruce Turpin said. “It’s always a fun night to raise awareness for cancer and have everybody chip in to work together.”

“I thought we played pretty well defensively,” Turpin said. “We made a couple of mistakes in taking some penalties. [GBN] is a very good team on the power play and capitalized twice on it.”

Unable to generate much offense, the team crucially needs to develop greater chemistry. Although, the task proves difficult when a number of York’s players have been in and out of the lineup due to injury.

“Our mindset for the rest of the season is pretty optimistic being that we’ve had six guys out from injury, three just getting back and three more coming back in the next week or two,” Lynch said. “I think when everyone is healthy we should start rolling and get out of the slump that we’re in.” 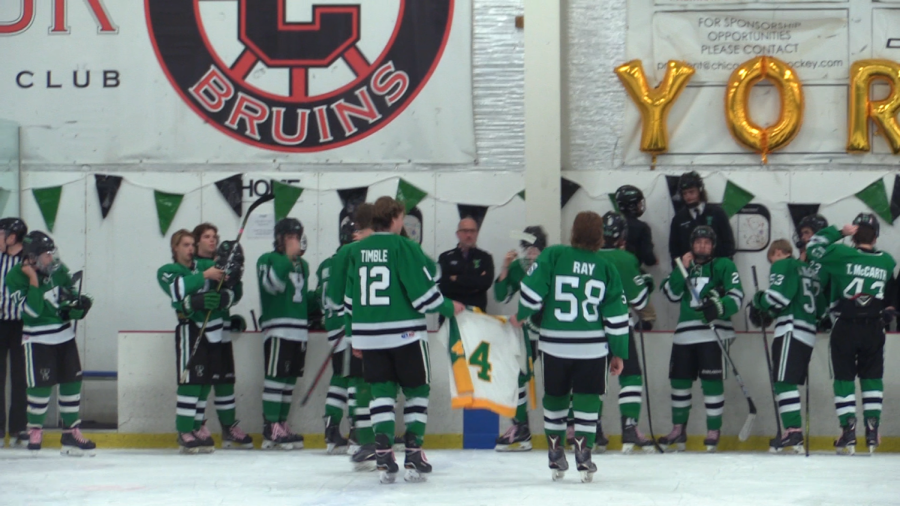