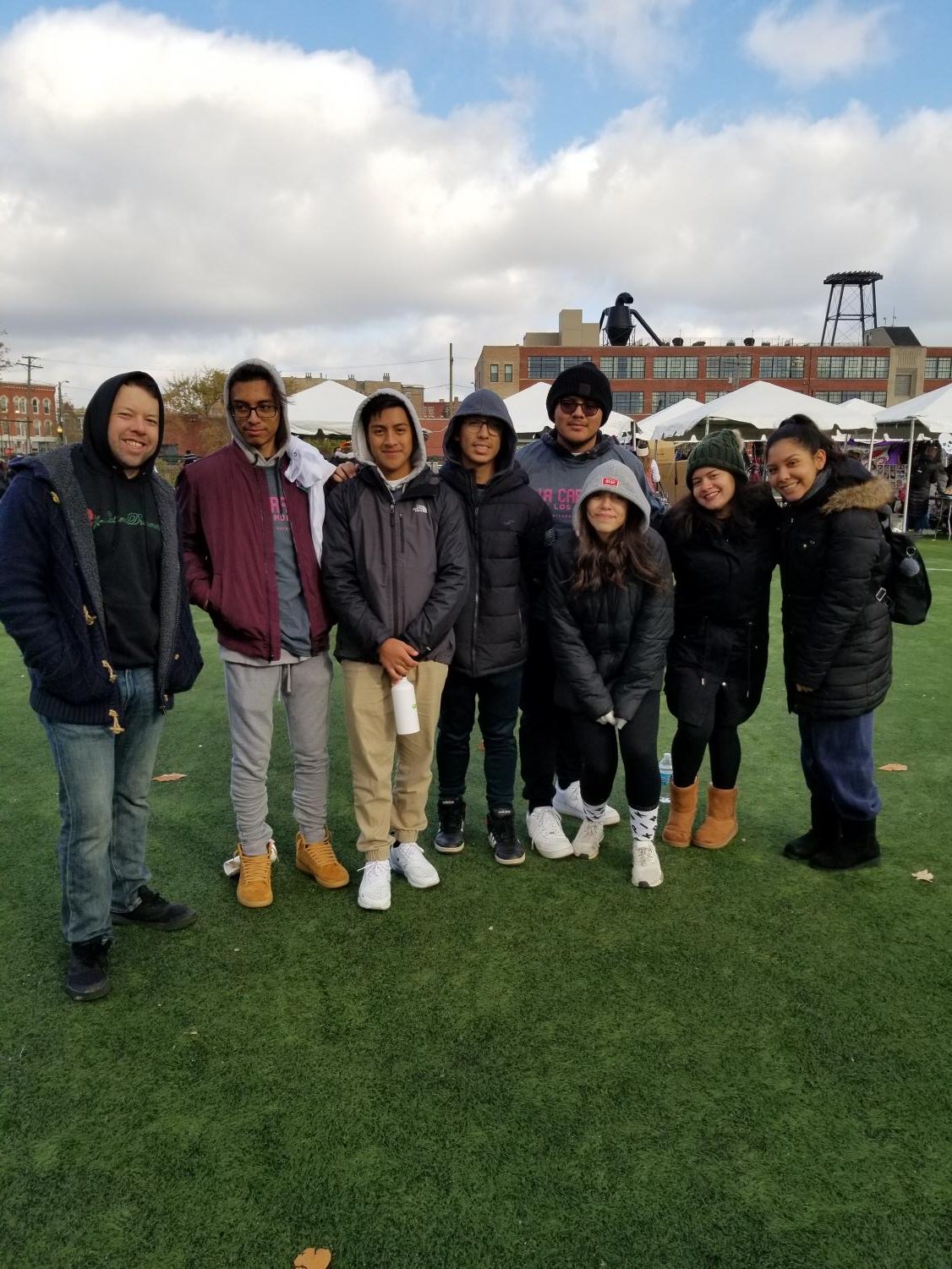 Members of Chicano Bowl waiting for t-shirt sales to begin.

This past Saturday, Spanish Club and Chicano Bowl braved the 30-degree weather and headed to downtown Chicago to celebrate the Day of the Dead.

The Day of the Dead is a holiday primarily celebrated in Mexico, spanning over several days, which honors loved ones who have passed and helps guide them in their spiritual journey to the next life. The clubs celebrated the holiday by volunteering at Carrera de Los Muertos (Race of the Dead), a 5k race held in a predominantly Hispanic neighborhood, Pilsen. Chicano Bowl has been going to this race for several years now; however, this was Spanish Club’s first time making the trip. Both clubs celebrate Hispanic culture in the York community and offer a learning experience for those not of Hispanic heritage.

“Anytime we can find a common cause to bring the two clubs together is good; it allows both clubs to interact,” Chicano Bowl sponsor Lorenzo Rubio said.

“Each year the race gets bigger and bigger,” Chicano Bowl member Ivonne Rios said. “I love seeing the runners dressed up as the Day of the Dead theme because it shows how special this holiday is to the Hispanic community.”

The Carrera de Los Muertos gives proceeds from the race to the organization United Neighborhood Organization (UNO). UNO works to improve education, cultivate leaders and promote citizenship for Latinos in the city of Chicago.

“Even though the day was really cold and we had to wake up really early, it was worth helping all those people for a great cause,” Chicano Bowl member Jaylene Hernandez said. 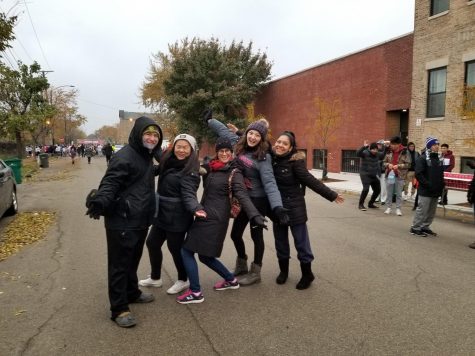 Photo courtesy of Lorenzo Rubio
Members of Spanish Club waiting for the race to start.

For the first time in its 13 year history, the race was sold out. Since the Carrera de Los Muertos first race in 2007, it has grown to three times its original size. The Pilsen community completely shuts down to cater to the race, and citizens come together as an inner city community.

“I enjoyed being able to help out a community with an event that people feel so passionate about” Chicano Bowl member Chris Guzman said.

The two clubs used their volunteer duties to open themselves up to a new culture outside of the York community.

“I think it was a really cool and immersive experience,” Spanish Club member Nida Ahmed said. “[It’s] something you don’t usually get the chance to be apart of.”