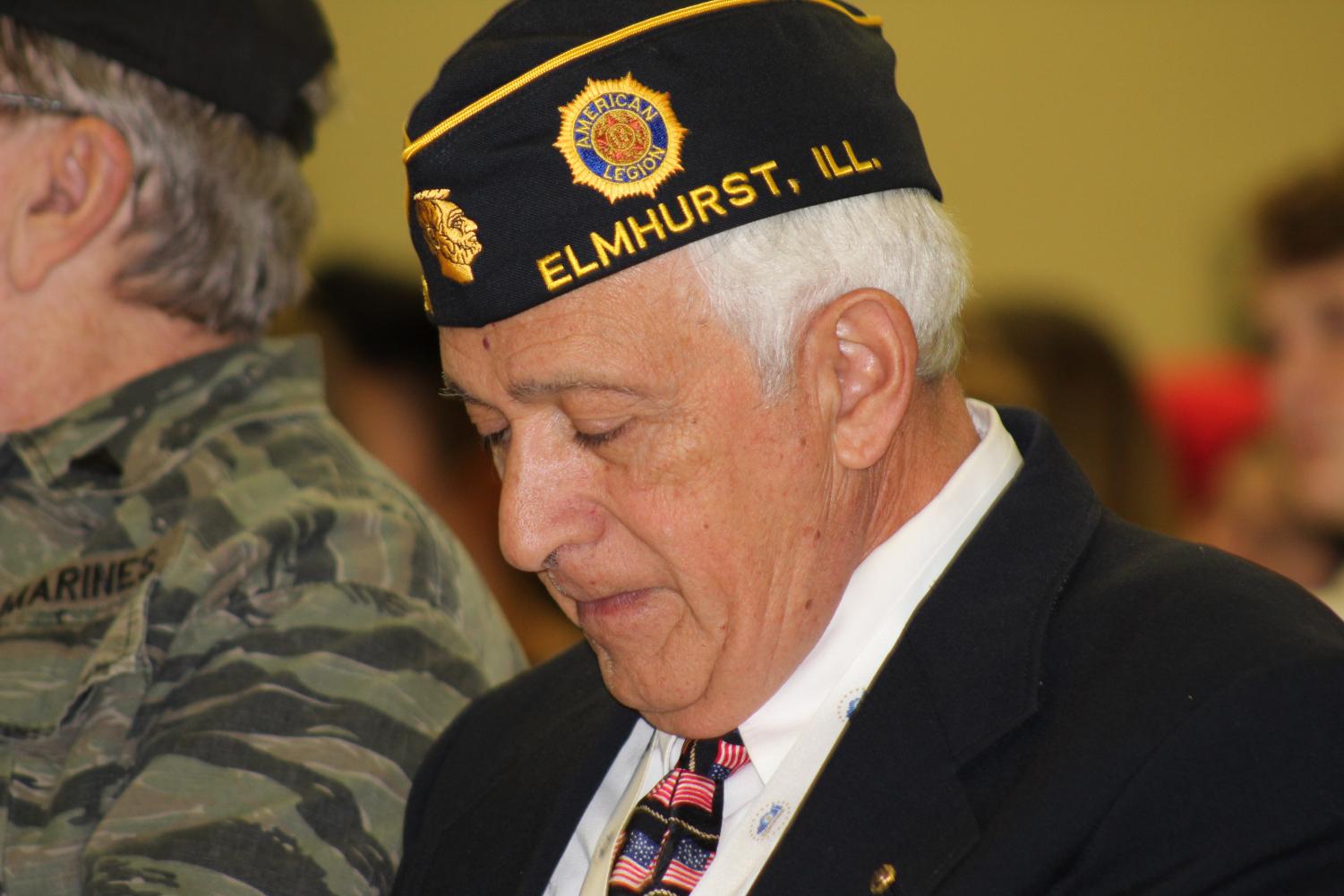 On the morning of Nov. 11, York held its annual Veterans Day assembly honoring all those who have served and who are currently serving in the United States armed forces. Among those honored were teachers, staff, students and the keynote speaker Command Sergeant Major (CSM) Knute Weick.

“I have been in uniform during many crises,” Weick said. “Grenada, Somalia, Lebanon, Panama, Desert Shield, Desert Storm, Bosnia and the current global war on terrorism, which came about on that fateful day in September of 2001.”

Despite Weick listing his extensive career in combat, he emphasized that the armed services is not all combat missions.

“When people think of the military, you usually think of combat,” Weick said. “We do a lot more than that and very little of actual combat.”

Weick stressed the importance of the military in building comradery with others, not just individual fighting in combat.

“The armed services offers you a chance to expand your knowledge,” Weick said. “It is not all about wars or fighting, it is about teamwork, working towards a common goal.”

As the keynote address continued, Weick urged the audience to visualize that the armed services is united under a single flag regardless of background.

“The military has people from all walks of life,” Weick said. “Once in uniform, with the same haircut, the same requirements, the same clothing, the same everything, you are not set apart, you are a team.”

Weick took his ideas learned from the military and brought it to a more personal level with the teenage audience by asking themselves to envision how they see themselves.

York students took this address by Weick close to heart and were inspired to reflect on Veterans Day and how it affects them.

“I thought [the Veterans Day assembly] was really inspirational,” freshman Paige Bolt said. “I really learned that there is a lot more to being a veteran than what I assumed and I definitely have a lot more respect [for veterans.]”

Additionally, students also learned more of the history of Veterans Day from the assembly and the importance of it in the York community.

“I thought [the Veteran’s Day assembly] was important for us to learn about all of the history,” freshman Paige Greve said. “I think it empowered us to go out and support our veterans.”

Weick ended the speech urging the audience to continue to give service to the country, even if it seems to be in disrepair to many.

“As you go through life, I challenge you to be the best you can be,” Weick said. “I also challenge you to keep the flame lit for this great nation of ours. It is not perfect, we all know that. No nation is, but it is one of the best nations I know.”