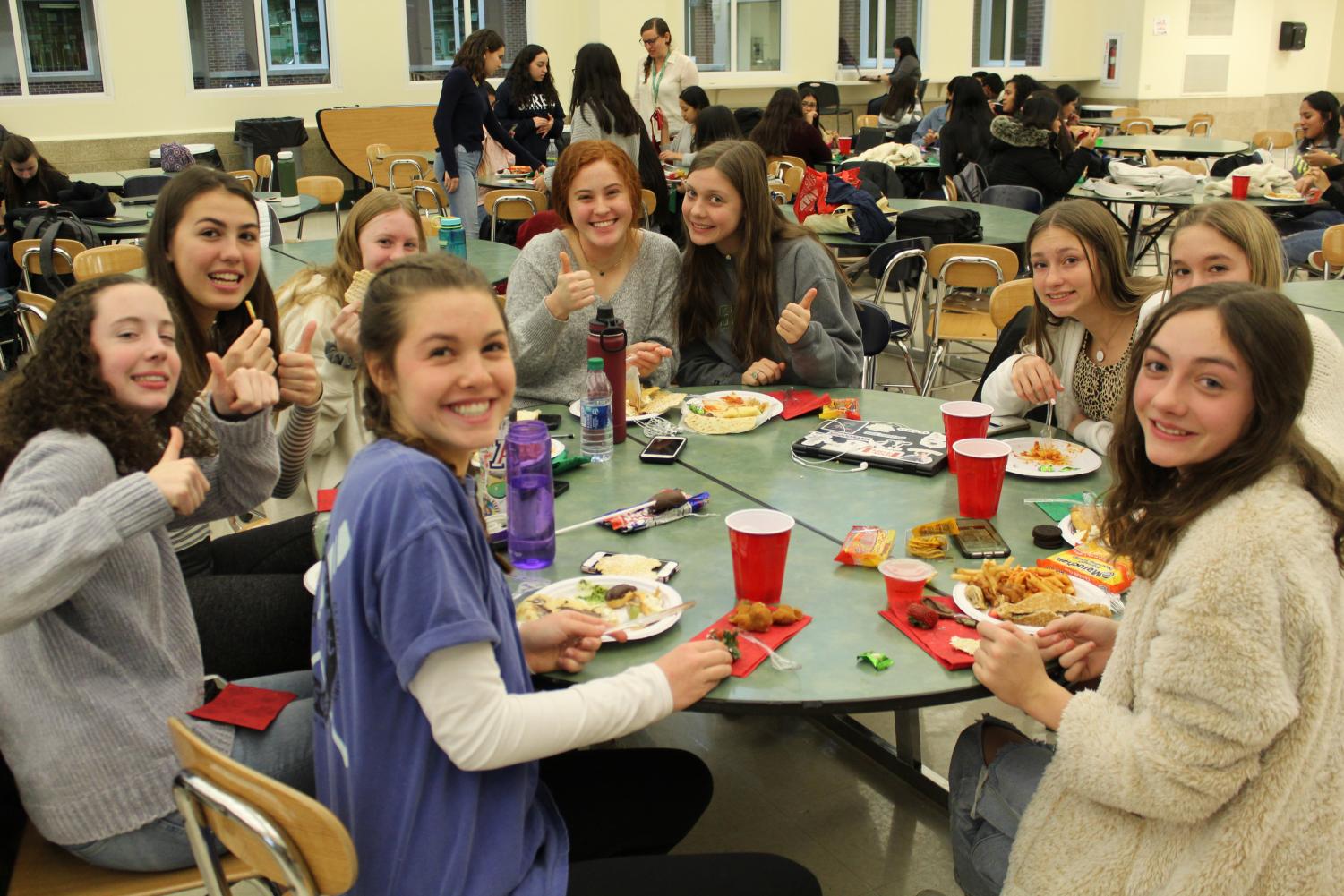 Members of Italian, Spanish, and French Club merge together to enjoy International Potluck.

One of the best ways to learn about a culture is through food. At International Potluck, they believe no different. This year, the annual event was held in the commons after school on Wednesday. International Potluck is a celebration for all of the language and culture clubs at York to come together, show off their culture’s food, and make new friends.

International club organizes and hosts the annual festival. The club reaches out to all eight language and culture clubs in hopes of creating an environment of culture and community.

The Wednesday festival consisted of more than fifty attendees. Each club brought a wide spread of food for others to share ranging from sushi, pizza, crepes, and even fried Jalapenos.

“My favorite part of the international potluck is all the different foods that you don’t normally see or get the chance to try,” sophomore Rosie Kungl said.

For many of those in attendance, this year was the last International Potluck of their highschool careers. The festival was a bittersweet moment for those seniors as they were able to unite one final time to share a love of culture with their peers.

“Throughout my four years at York, this was probably the biggest International Potluck turnout we’ve had,” Italian Club President Steve Chornij said. “We need York students coming together to appreciate the food and cultures of so many countries.”