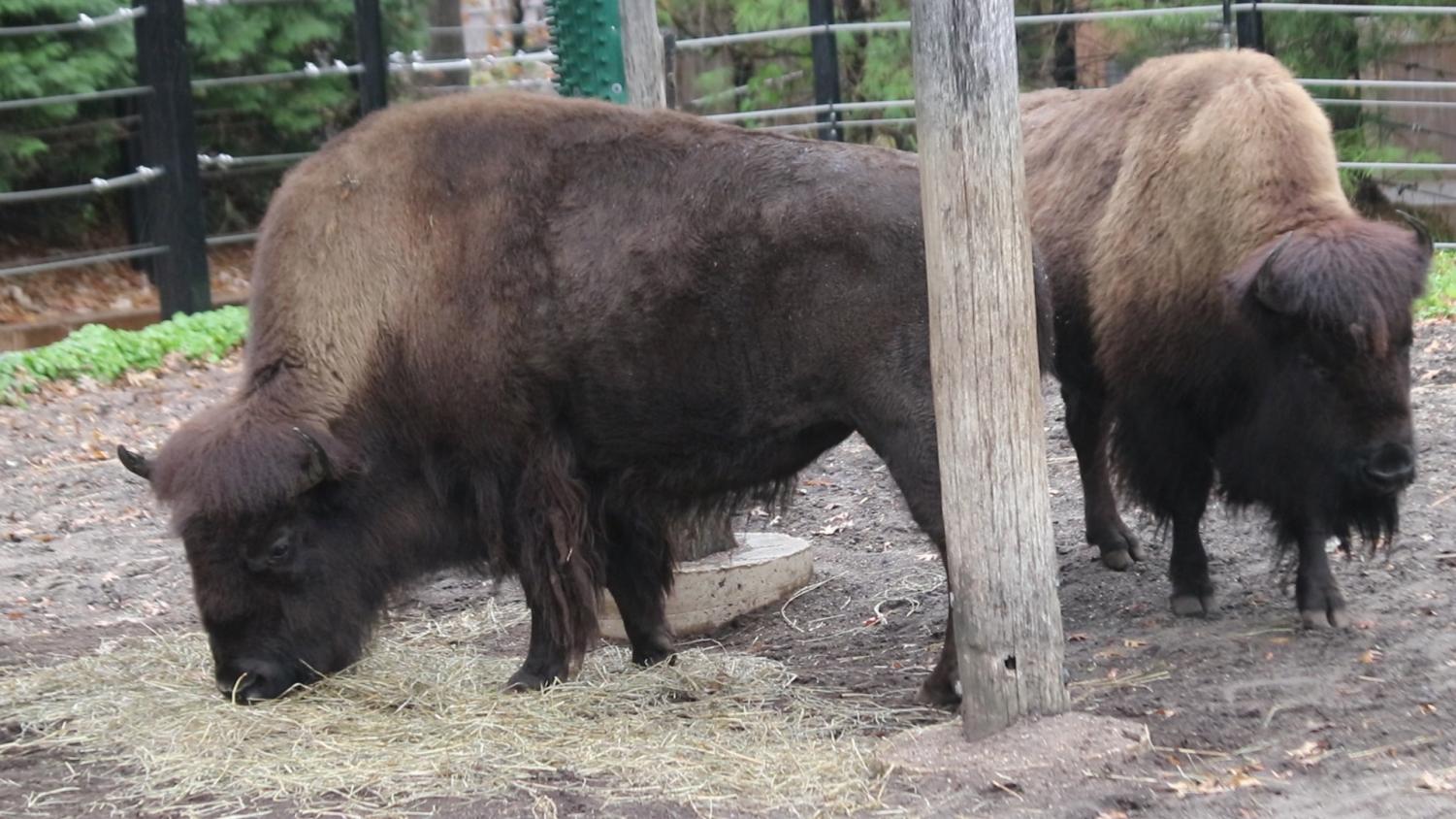 Native to the prairie lands of the Midwest and Great Planes, Bison once roamed freely over much of the country. Now they are rejuvenating from overhunting in breeding programs such as this one at the Smithsonian's National Zoo in Washington, D.C.. (Photo by Murphy McFarlane)

Native to the prairie lands of the Midwest and Great Planes, Bison once roamed freely over much of the country. Now they are rejuvenating from overhunting in breeding programs such as this one at the Smithsonian's National Zoo in Washington, D.C..

Conservation of our Illinois prairie begins at home, but migrates far

Institutions from York to the Smithsonian's National Zoo reveal the critical roles they play in preserving our regional ecosystem.

For more coverage on conservation and environmental efforts at York visit 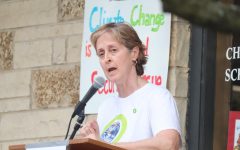 Environment becomes a priority for staff, school and community

The Illinois Prairie Path that runs through Elmhurst provides residents with a quaint place to reconnect with a small bit of nature in the hectic Chicago suburbs. The name is not accidental; the prairie ecosystem defined Northern Illinois long before Chicago was established. Yet today, only 0.01 percent, a hundredth of a percent, of the original Illinois prairie tallgrass is intact according to the Illinois Natural History Survey. This alarming statistic emphasizes the need for a developing national charge, from York’s own environmental sciences program to the Smithsonian’s National Zoo in Washington, D.C., to conserve the prairie ecosystem.

“It’s important to preserve prairies because just like any other ecosystem, the rainforest or underwater in the ocean, prairies are an important type of ecosystem as well,” senior Rachel Perry, a York environmental science student, said. “A lot of different species call prairies home, and prairies preserve the natural beauty that we have in Illinois.”

For years, York’s environmental science department has attempted to preserve the beauty and environmental necessity of the prairie.

“We have gone to Fermilab [one of the largest prairies in the midwest] and taken part in their seed harvest each year,” York environmental science teacher Lauren Yun said. “They harvest the seeds to increase the diversity between their prairie and other surrounding local prairies [amoung whom] they share and trade seeds.”

Plants provide the basis for a wide breadth of prairie animals and research that helps us understand our natural world.

“We’re here to look at prairie dogs and talk about prairie dog communication and language and see if they have unique dialects amongst themselves in their different towns,” freshman Stephen Lyons, a Cellular Biology and Genetics major at the University of Maryland, said. “We’re interested in the prairie dogs because they have complex social interactions, and we want to investigate whether or not those social relationships have any bearing on their linguistic capabilities and [analyze] what that says about the evolution of human language.”

Prairies can reveal far more about humans as a species, yet the potential for this greater understanding through research is threatened.

“When we were doing research for our project we found out that prairie dog habitats are actually getting destroyed by human development,” Lyons said. “A lot of historical [prarie dog] colonies have actually been split off into smaller groups. Maintaining the conservation of those animals would actually allow us to have a better understanding of their complicated social interactions.”

Institutions such as the Smithsonian’s National Zoo are in a unique position to spread “awareness for all generations in an easy-to-understand manner” according to Yun. Taking full advantage of the resources available of them, the Smithsonian’s National Zoo is striving to rebalance ecosystems, including the prairie, for enjoyment and study. Yet to rebalance an ecosystem takes much more than the hallmark species of the prairie, such as bison. Experts have to consider the entire web of species that depend on each other for survival.

“We do have prairie dogs here and bison as well at the zoo,” Chelia Chong, a zookeeper in the Smithsonian’s National Zoo’s small mammal house, said.  “Obviously, bison is more of a charismatic animal so a lot of people respond to those animals and their conservation. Prairie dogs are lesser-known. Some people say they’re a pest species, but they help support our black-footed ferret populations.”

Black-footed ferrets, who rely heavily on prairie dogs as a food source, are part of a breeding program at the zoo to rebuild the endangered species’ population. After losing one black-footed ferret earlier in the year, Meena, the zoo’s remaining black-footed ferret, is now even more important to prairie conservation efforts.

Yet prairie conservation is hopeful. According to the Encylopedia of Life, the black-footed ferret population, while still endangered, is increasing. The general quality of life on the prairie has increased for its native inhabitants in the past decades.

“Illinois ecosystems did not look like this before 1970,” York environmental science teacher Dana Parr said. “Before 1970, this region was extremely polluted. Because of the Clean Water Act in 1970, our ecosystems have been rebounding. Students need to appreciate the laws that have been put in place to create a better and more healthy ecosystem. In this new political climate, these laws are being threatened. Your generation is going to have to fight hard to keep our air and water clean.”

Education, research and awareness arise from a multitude of outlets: public schools, universities and public institutions such as the Smithsonian. Combined, their efforts are shaping the priorities of students.

“It’s important for us to learn about it, and it’s rewarding to learn about it also,” Perry said. “It’s our home state and this is something that we need to preserve for the future generations.”

Student-run publication that covers all events school and community related. Visit our website at:

Can you really become addicted to coffee? Find out

Head to ThisIsYork.org to see this years Senior Su

As we enter what would’ve been the class of 2020

Hey Dukes! Our teachers have been doing so much fo

What does it mean to find a college roommate with

Why should you turn your online shopping to local

The question many have been wondering is answered.

Curious about what grading looks like due to E-Lea

Have you been watch Netflix on your time off? Find

In honor of the NCAA men’s basketball championsh

Seniors: if you’re feeling down about recent eve

What have spring sport athletes been up to? Check

Looking for something to do? Head to ThisIsYork.or

Head to ThisIsYork.org for everything you need to