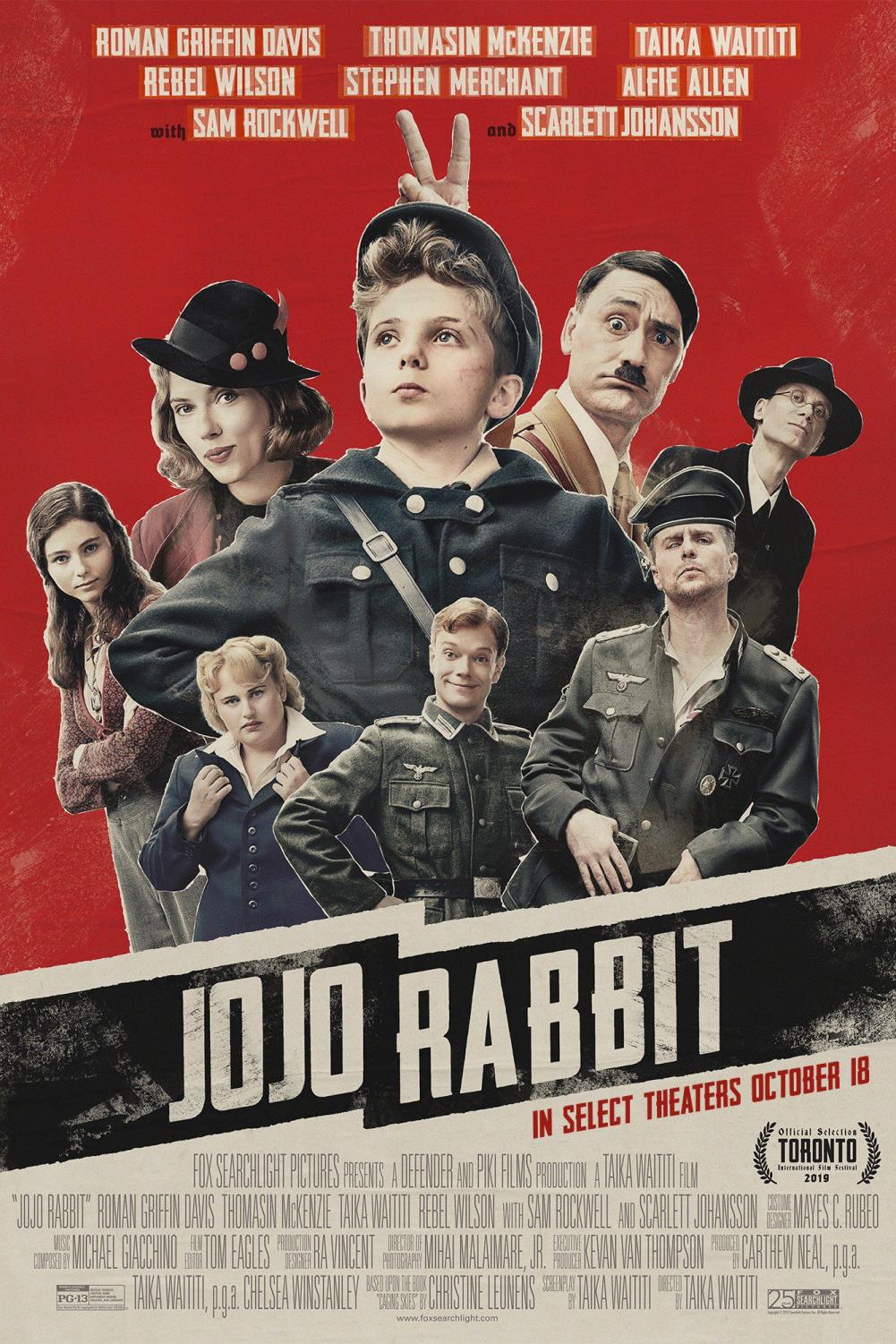 A poster for the film highlights the complexity addressed in “JoJo Rabbit”. (Photo courtesy of Google Images)

A poster for the film highlights the complexity addressed in “JoJo Rabbit”.

“The rabbit is no coward. The humble little bunny faces a dangerous world every day, hunting carrots for his family, for his country. My empire will be full of all animals – lions, giraffes, zebras, rhinoceroses, octopuses, rhineoctopuses, even the mighty rabbit.” -Adolf Hitler

The human conscience allows one to determine what is right from what is wrong. For zealous 10-year-old JoJo Betzler (Roman Griffin Davis), his conscience happens to take the form of Adolf Hitler (Taika Waititi). Coming into Jojo’s story during times of hardship or excitement, the always over-dramatic and comical imaginary dictator inspires and validates the young boy’s strength and dedication to the Nazi cause. When JoJo refuses to kill a rabbit during his training, the instructors mock him while calling him “JoJo Rabbit”. However, Hitler assures JoJo that the rabbit is strong and very valuable. They search for carrots despite the predators surrounding them. This begins the coming-of-age journey for JoJo where he questions his blind trust against the terrifying backdrop of Nazi Germany.

The young protagonist was the heart of “JoJo Rabbit” and a subpar performance from a child actor in the role would break the movie. Fortunately, Davis gives a passionate and honest portrayal of a ten year old second guessing his fierce nationalism. Jojo is fiery, rebellious and stubborn with his mother (Scarlett Johansen) and the teenage Jewish girl  living in his walls (Thomasin McKenzie) until he begins to experience love and loss where he becomes meeker and less confident. Scarlett Johansen brought needed guidance and moral goodness to the film while Sam Rockwell’s Captain Klenzendorf was over the top and silly with a few surprising moments of heartwarming empathy. Taika Waititi, who is also the writer and director of “JoJo Rabbit”, played a specific yet ridiculous and amusing imaginary Hitler.

“JoJo Rabbit” has a fresh and original perspective that always plays on the audience’s emotions and experiences. As a satire, the humor ranged from subtle to painfully obvious, and the emotional moments were sometimes heartwarming and sometimes completely devastating. Taking place in Nazi Germany, violence and war was inevitable, however it was never done to an extreme. The heart of the movie stayed with JoJo and his journey. The set design was colorful and bright while JoJo was blissful and naive to the horrors of war and grey when he was confused about where his trust lied. The focus on JoJo and his coming of age story through a satirical lens was evident throughout the story.

The heart of “JoJo Rabbit” was the dangers of hate speech and rhetoric and how it can influence the young and the old. However, it was also about how love can overcome that same ingrained hatred. These messages stayed at the core of the film and were never overshadowed by star studded actors, edgy humor, graphic violence or complex cinematography. Sometimes the themes and motifs were painfully obvious and handed to the audience. However Taika Waititi was still able to tell the story in a unique and captivating way. “JoJo Rabbit” delivered a clever tale where a young boy was able to overcome his gung ho blind nationalism – all while learning how to tie his shoes.