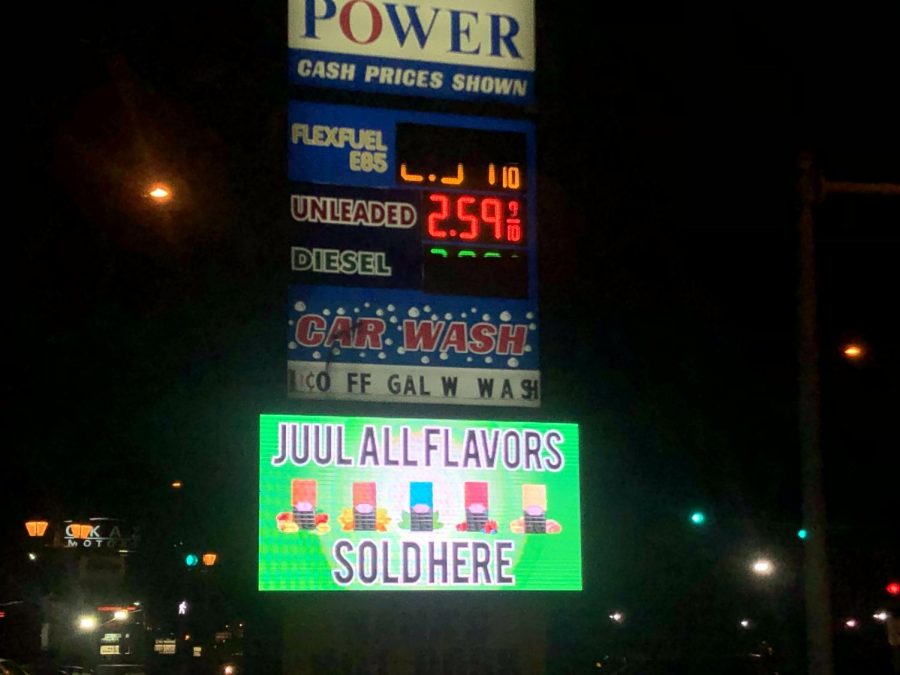 An anonymous York freshman heard of vaping incidents resulting in hospitalization and death, she ran to her mother, in tears, admitting her use of e-cigarettes. She was scared that she’d be next.

According to ChildMind.org, some 2.1 million middle and high schoolers were e-cigarette users in 2017, far surpassing cigarettes.

Over the course of the last year, the creators of JUUL have been under fire for potentially targeting teens and young people with advertisements of vaping devices. The main concern: how the novelty flavors might attract teens.

In response, government officials have presented the idea of banning flavors of vapes. On a local scale, there have been many incidents of vaping in school. York police detective Nick Waldenmeyer sees how these potential bans might affect the epidemic here at York.

“The bans on vaping and flavors has been something that has been brought up by the president all the way down here to Illinois,” Waldenmeyer said. “I think it will be a good thing in the end if it actually does go through; there’s gonna be less options to choose from.”

Students have also spoken out about the fear they have over their peers vaping.

“It honestly just makes me sick to think that people would want to put those kinds of chemicals in their bodies,” junior Raeba Pradhan said. “My mom told me that vaping destroys your lungs.”

In an effort to decrease vaping incidents at York, multiple anti-vaping posters have been put up. One that stands out, however, is a meme made by senior Jimmy Jurasek.

The meme features a photo of a clown and says “how y’all look vaping in da bathroom.”

“I made the meme because in my English class we had to make an anti-vaping infographic so I decided to do a meme,” Jurasek said. “My teacher found it in my drive and decided to print it out and hang it up.”

Meme culture could present an unlikely solution to getting through to the youth, however, Jurasek doesn’t think teens will take it seriously.

“I think it helps to deter students from vaping in the bathrooms in school because it’s an unhealthy habit for everyone,” Jurasek said. “But no I don’t think it will help anything because it’s just a meme and kids will just look at it and be like ‘Ha that’s funny’ and then go vape in the stall.”

While this meme might not solve the problem, the administration is a step closer to finding a reliable solution to helping students.

“It’s still out there obviously because it’s still being made,” Waldenmeyer said.