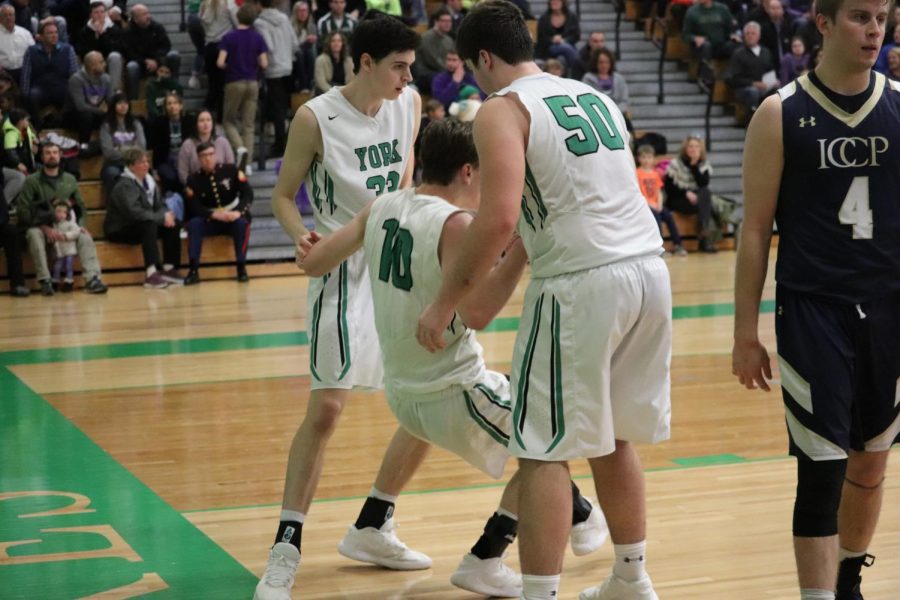 Senior Nate Shockey gets some help from his teammates, senior Tim Glavan and sophomore Nick Hesch, following drawing a foul.

On Jan. 8, during their annual Crosstown Classic, York and Immaculate Conception Catholic Prep (ICCP) joined forces to support cancer research and Relay for Life. Following their loss in the Jack Tosh Championship to Bolingbrook, the Dukes were motivated to win and outscored ICCP 16 to 9 in the first quarter. The Knights came storming back in the second, erased an 11 point lead in just under three minutes and brought the teams within one point at halftime. Following halftime, York had the highest scoring streak of the night going on a 15 to 0 run and cruised to a 49-40 win. North Dakota commit Nate Shockey led the scoring, with a game high of 24 points. York is now 13-2, looking next towards a conference clash at Downers Grove North on Friday.