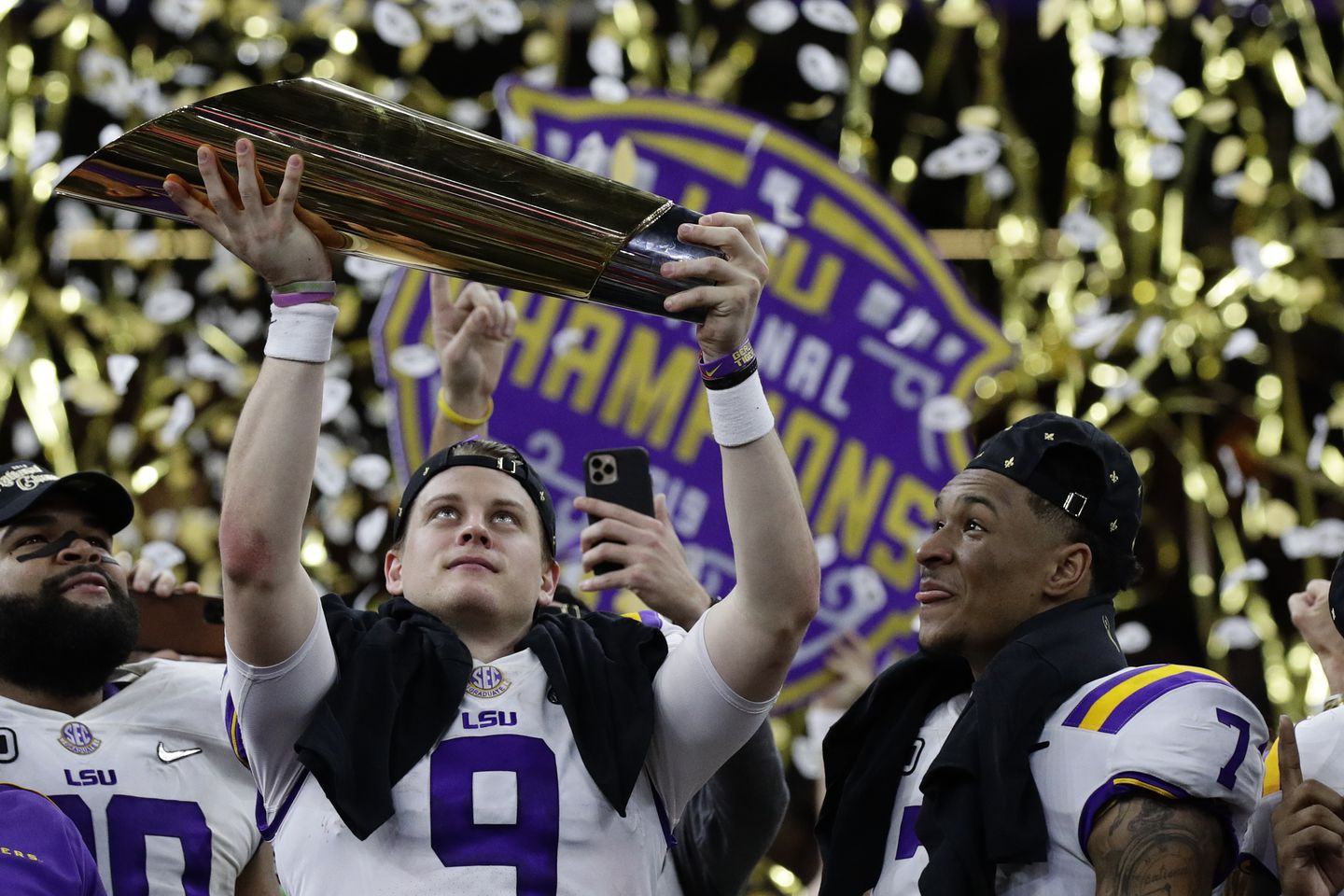 Monday night was the most anticipated night of the college football season, as the top-seeded Louisiana State University (LSU) Tigers played the third seed Clemson Tigers for the National Championship in the New Orleans Superdome.

For Clemson, the new playoff format instituted by the NCAA in 2014 has brought them a lot of success, winning two national championships in three appearances since its institution. This season, they came into the championship game with a 14-0 record, led by quarterback Trevor Lawrence and running back Travis Etienne, along with a ferocious defense.

The story is very different for LSU; this was their first National Championship appearance since the format change. This season, LSU went undefeated before the championship with a 14-0 record.  They were powered by an elite offense, featuring Heisman trophy winning quarterback Joe Burrow, and a slew of receivers, including wide receiver Justin Jefferson and tight end Thaddeus Moss. Both Jefferson and Moss outgained their opponents by an average of 225 yards per game during the season.

Clemson started the game very strong, gaining a 17-7 lead midway through the second quarter thanks to some crafty play calling by head coach Dabo Swinney.

However, the LSU offense ended the half on fire, scoring 21 unanswered points; Burrow threw two touchdowns and rushing for a third during that stretch.

After the half, Clemson came out swinging; they held LSU to a punt and scored a touchdown with a two-point conversion. LSU’s lead was cut to three points. However, LSU’s offense once again went rampant, rattling off another 14 points to end the game.

The play that sealed the game was late in the fourth quarter. Clemson attempted a last-second comeback and fumbled the ball. The ball was recovered by LSU, and they went on to run the clock out.

LSU ended up as the national champions, defeating Clemson with a final score of 42-25. Burrow capped off his collegiate career by being named Offensive Player of the Game for his: five thrown touchdowns, one rushing touchdown and a game total of 463 yards.  LSU receiver Ja’Marr Chase was also instrumental in the game, going for 221 yards and two touchdowns. Thaddeus Moss, son of NFL Hall of Famer Randy Moss, also went for two touchdowns on five receptions.

The key matchup of the game was LSU’s red-zone offense against Clemson’s top-ranked red-zone defense. LSU dominated this matchup, scoring a touchdown every time they were in the red zone. This, combined with the inconsistency of Clemson’s offense throughout the game, allowed LSU to thrive on both sides of the ball.

During the game, Burrow also broke both the all-time passing touchdowns record for a single season with 60 touchdowns and the total single-season touchdown record with 65 touchdowns.

Lawrence also had a solid game with three total touchdowns. However, it seemed as though he had lost his poise throughout the game; he even appeared confused at times. He will return to Clemson next season and will no doubt be out for revenge.