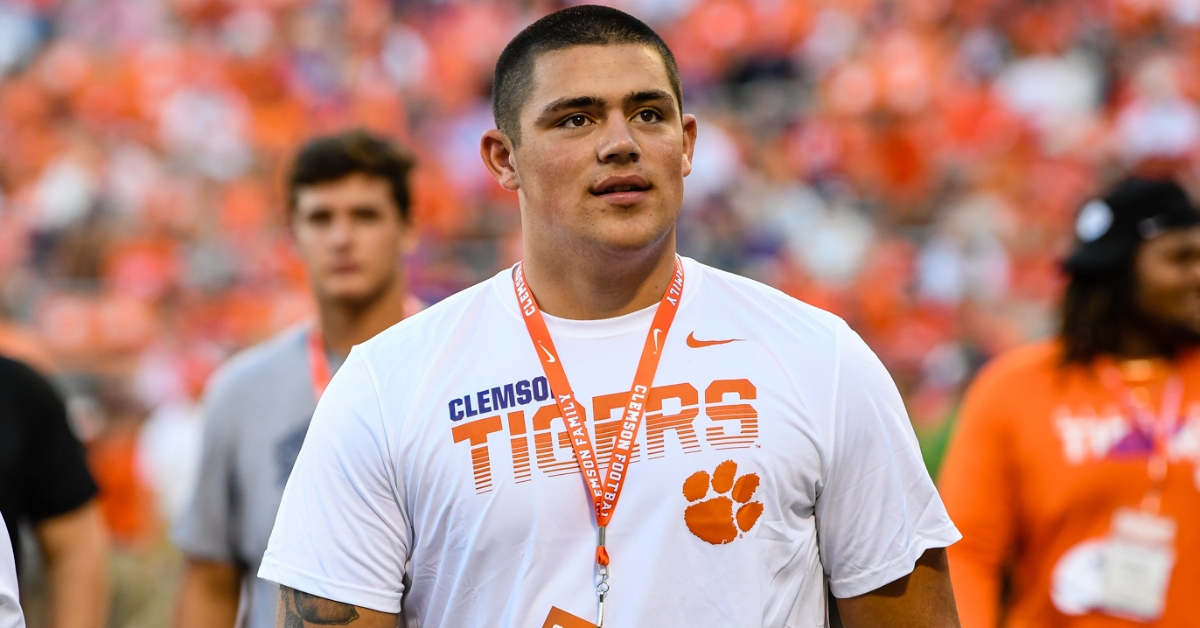 In the College Football National Championship weeks ago, we saw the LSU Tigers win their first title since 2007 over the Trevor Lawrence-led Clemson Tigers. Now, the off-season is underway and it is officially time to start speculation on next season.

Several big questions arise about who is the favorite for the championship, will LSU make it back to the playoffs next year without big names like Joe Burrow, Justin Jefferson and Jim Thorpe Award winner Grant Delpit? How will Ohio State bounce back after the tough playoff loss to Clemson? Can Coach Kirby Smart punch the Georgia Bulldogs a playoff ticket?

The fight for four spots will be down to the wire, but in the end, there can only be four teams competing in the playoffs. Below, I dropped my projected College Football Playoffs.

Immediately after the controversial hit made on Trevor Lawrence by Ohio State defensive back, Shaun Wade, during the College Football Playoff Semifinal, Lawrence got up and played with a completely different mindset. He played angrily. Lawrence and the Tigers went on the overcome a 16-point deficit to beat Ohio State and move onto the National Championship.

This piece of context is strong evidence that if Trevor Lawrence plays with a chip on his shoulder for the entirety of next season, Lawrence will secure the Heisman trophy and the Tigers will cruise to a Championship victory.

Dabo Sweeney, alongside the Clemson recruiting staff, have formulated the best recruiting class in the nation, consisting of athletes planning on receiving field-time as true freshmen. With top talents like the #1 recruit in the 2020 class, defensive tackle, Bryan Breese, top five defensive end Myles Murphy, and cornerback Fred Davis II.

After not making a playoff appearance for the first time in what feels like an eternity, the Tide will be aiming to rebound with what may potentially be Alabama’s most dynamic team of the College Football Playoff era.

Mater Dei High School in Santa Ana, California is home to one of the best high school football programs in the country, developing several NFL players throughout the years. Their latest prodigy is 2020 dual-threat quarterback, Bryce Young. Young, originally verbally committed to the University of Southern California, has since flipped to Alabama.

Young has major potential to be an instant starter and one of the best QBs in College Football. Combine his impressive mobile play with the incredible speed from both DeVonta Smith and Jaylen Waddle. Right… Also, Najee Harris is in the backfield. Oh, boy.

Bama will also be expecting versatile 6-foot-3 receiver, Traeshon Holden, who may offer yet another target for whoever Saban starts and uses as back up quarterback.

This Alabama team has the potential for a truly threatening offense that will strike fear into SEC defenses.

One might ask, ‘How in the world, after losing nearly all of their stars, can the Buckeyes be in the playoffs again?’

There are several answers to this question:

–Answer 1: QB situation: Justin Fields will be returning for his Junior season. Fields is coming off an outstanding first season as a Buckeye, finishing fourth in passer rating and throwing for 3,273 passing yards, as well as being a Heisman finalist. Alongside  Fields is a four-star pro-style quarterback, CJ Stroud.

–Answer 3: RB Situation: J.K. Dobbins declaring for the draft is not the end of the world for Ohio State’s backfield and run game. Master Teague will most likely fill in Dobbins’ role. He has seen some playing time and was named to the All-Big Ten third team., but has yet to get a full-time job. Teague will face tough competition but has the talent to succeed at the starting spot.

Kirby did it, he worked magic this off-season, pulling off multiple big signings and transfers. Some expected, others not.

But all will come to bite the rest of the SEC next season.

Jamie Newman, former Wake Forest quarterback, has transferred to Georgia for his senior season and he will be eligible immediately. This was an absolutely huge pickup for the Bulldogs as he will fill in for Jake Fromm, who left Georgia for the NFL Draft.

The 6-foot-4 dual-threat quarterback threw for 2,868 passing yards with 26 touchdowns and 11 interceptions.

Alongside Newman is a handful of five-star and four-star signees.

Names such as the #6 recruit in the country, corner back Kelee Ringo, 6-foot-7 tight end, Darnell Washington, and five-star outside linebacker, Mekhail Sherman. Jamie Newman will have targets with the trio of four-star receivers, Marcus Rosemy, Jermaine Burton and Arian Smith.

The Bulldogs offense has completely transformed through the work of Kirby Smart and Georgia’s recruiting.