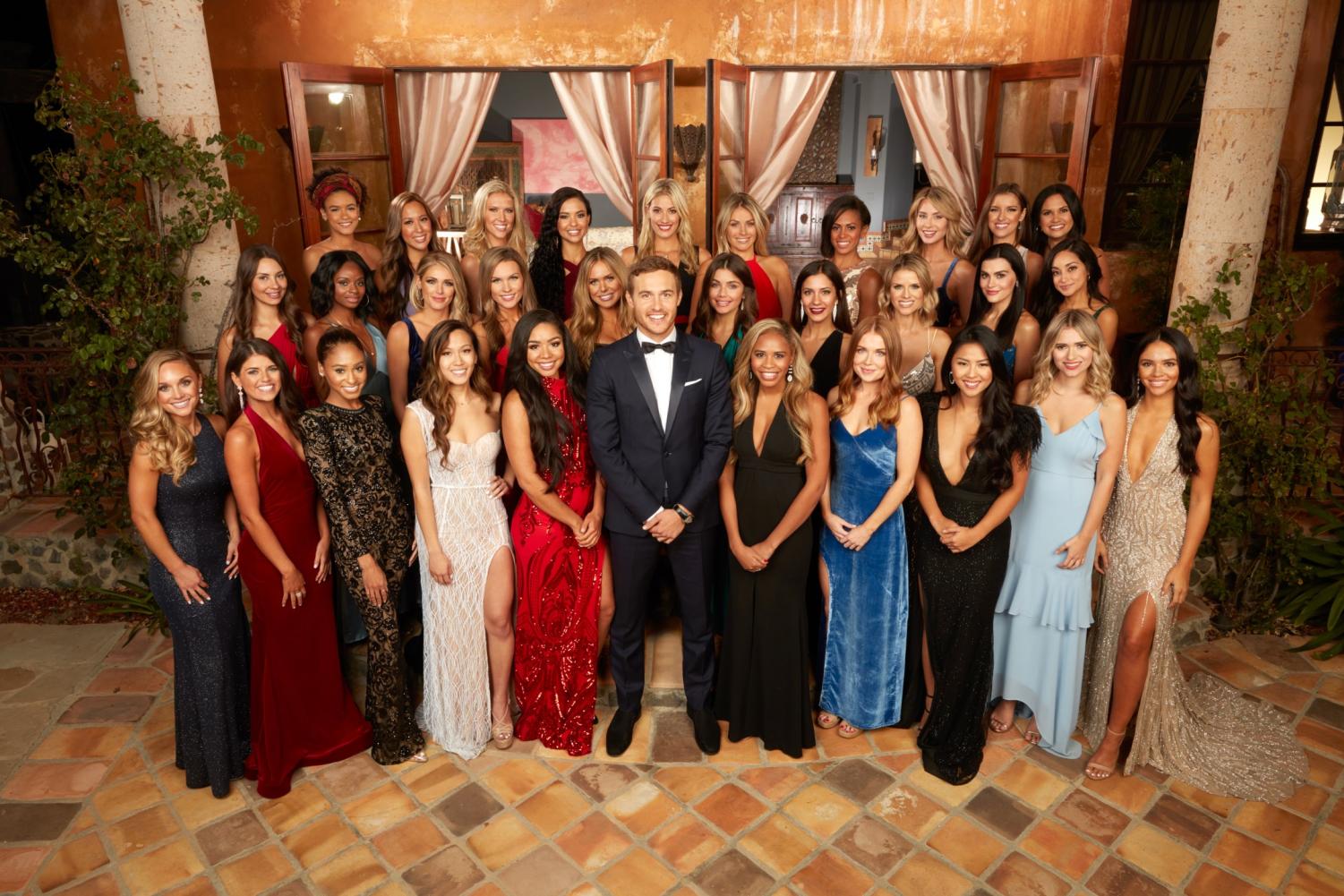 Bachelor Peter Weber poses with the 24 contestants on his season at the infamous bachelor mansion in Agoura Hills, CA. (Photo courtesy of E-News.)

Bachelor Peter Weber poses with the 24 contestants on his season at the infamous bachelor mansion in Agoura Hills, CA.

The 24th season of “The Bachelor” is in full swing; this season 28-year-old bachelor Peter Weber met 24 eligible bachelorettes from across the country and beyond. The contestants compete for a rose, Peter’s heart and time with him on one-on-one dates. Fans will watch as the lucky ladies and the bachelor travel to Costa Rica, Peru, Chile and finally Australia.

After the first few episodes, the front-runners have come out of the woodwork, and 54% of York’s Bachelor Nation predict that Madison from Auburn, Alabama will capture Peter’s heart.

“I think that Madison is going to go all the way,” English teacher Ben Carrillo said. “Madison seems normal, and it seemed they had a good time at the family wedding, but I do think that Hannah Brown is going to mysteriously come back at the end.”

This brings up the next engrossing aspect of this season: Hannah Brown made not one but two separate appearances in the first episode alone. Before the first group date, Peter and Hannah had a heart to heart, and Peter offered her a place in the house; however, she rejects him because she was set to begin Dancing with the Stars at the time. This had fans speculating how the rest of the season will play out.

In fact, 23% of York’s Bachelor Nation predicted that Hannah and Peter will end up together in the end. Could this be the twist that makes this season “an unbelievable journey like [we’ve] never seen before,” as host Chris Harrison said.

In season 15 of “The Bachelorette”, centered around Hannah, she chose publicity chaser and musician Jed Wyatt. The history of contestants being competing for publicity rather than love has Peter worried that some women in his season are on the show for the wrong reasons.

“I would’ve been like, ‘what do you do? You’re a model? Get out. You’re a musician? Get out,’” English teacher Ben Carrillo said on how to deter the fame chasing contestants.

“I think personally that Hannah Ann is going to win just because she is the front runner,” sophomore Kayala Tuntunji said. “As long as it doesn’t turn into a Luke P. situation (referring to the crazy contestant on Bachelorette Hannah Brown’s season), I think it’ll happen.”